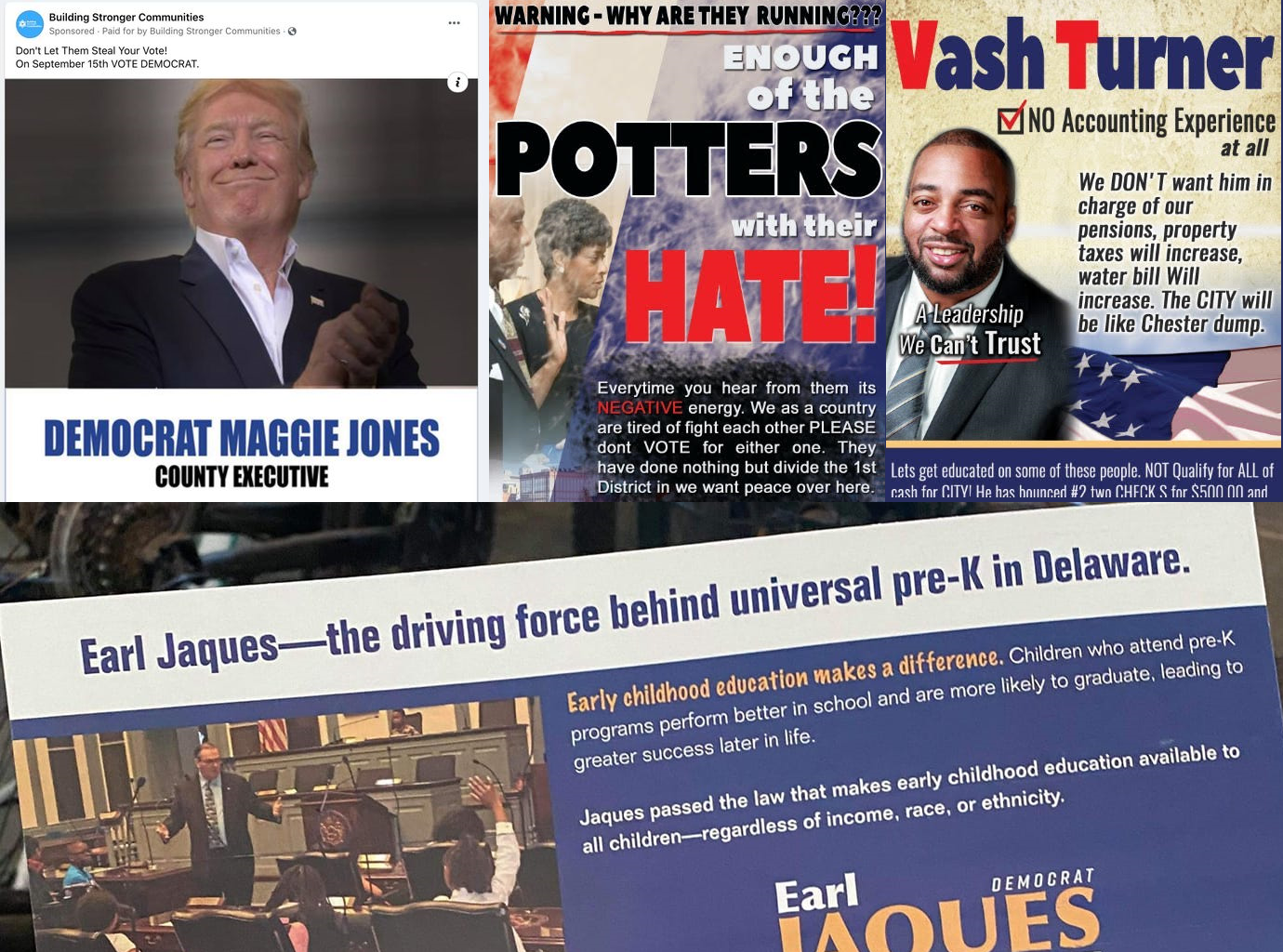 Building Strong Communities is a PAC that is only supporting Trump Republican Maggie “MAGA” Jones and conservative Democratic Senator Bruce Ennis. They published this really confusing ad for Maggie as well:

I just don’t get this messaging or even targeting. It seems that PAC is confirming my point that Maggie Jones supports Trump and that anyone supporting or voting for her is a Trump Republican as well. I guess they are trying to target Trump voters and trying to convince them to vote in the Democratic primary for County Executive.

Here are two posts from some people in Wilmington against Treasurer candidate Vash Turner and the husband and wife team of Velda Jones Potter and Charles Potter:

I am not sure who is behind it except for the “Paid by friends in the 1st District,” whomever that is.

Vash Turner also has a history of hyping gold-backed cryptocurrency on his Facebook account some time ago. I guess that is his only experience for the Treasurer job. [sarcasm alert]. Here are some screenshots of that:

Finally, here is a mailer that Earl Jaques has sent around dubiously claiming that he is the driving force behind universal pre-K in Delaware: