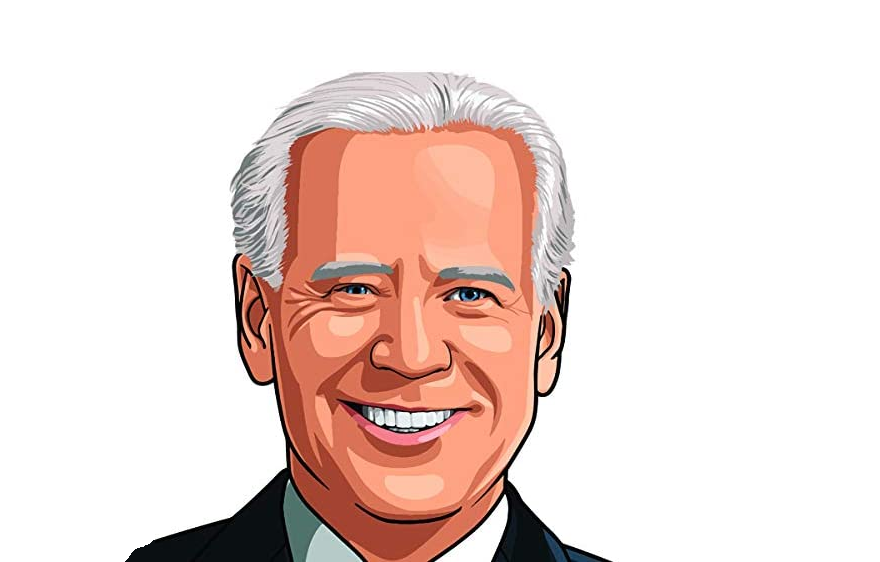 In the presidential race, Donald Trump leads Joe Biden, 53% to 41%.

A new Washington Post-ABC News poll finds Americans’ views of President Trump’s handling of the coronavirus pandemic have deteriorated significantly as cases rise across the country and personal fears of becoming infected persist.

Key finding: “More than half of the public — 52% — now disapproves ‘strongly’ of Trump’s handling of the outbreak, roughly double the percentage who say they strongly approve of his efforts and an increase from 36% in strong disapproval since March.”

“One of the old maxims of American politics used to be that an incumbent (for any office) needs to be at 50% to be safe for re-election — otherwise there’s a majority of voters who exist that don’t support him or her. But Trump has a different problem at hand: He’s got 50% (or more) of the national electorate saying they strongly oppose him.”

Cook Political Report: “President Trump’s abysmal polling since the pandemic began is seriously jeopardizing down-ballot GOP fortunes. We may be approaching the point at which dozens of House Republicans will need to decide whether to cut the president loose and run on a ‘check and balance’ message, offering voters insurance against congressional Democrats moving too far left under a potential Biden administration.”

“This week, we’re shifting our ratings in 20 races, all reflecting movement towards Democrats.”

Convention wisdom suggests liberal Democrats don’t really like Joe Biden, who ran as a moderate in the Democratic presidential primaries. Some have even suggested Biden needs to pick a more progressive running mate to appeal to that side of the party. But a new PRRI survey shows this is false. Liberal Democrats actually have a more favorable view of Biden than more conservative and moderate Democrats. And they have warmed up to him even more since last fall.

ABC News: “House Democrats are outpacing their own previous fundraising records, bringing in nearly $40 million in the second quarter — a signal of both the party’s enthusiasm in the final stretch of the cycle ahead of November and the difficult road ahead for the GOP seeking to take back the majority.”

“Republicans are sounding alarms after Democratic Senate candidates outraised their GOP opponents in the first six months of the year, a gulf driven largely by small-dollar online contributions,” the Wall Street Journal reports.

“Democratic candidates in the 11 most competitive Senate races collectively raised $67.3 million in the second quarter of the year, $20.5 million more than their Republican counterparts, according to fundraising reports filed Wednesday with the Federal Election Commission. The total includes two Republicans who gave almost $6.5 million to their own campaigns.”

Said one Senate GOP strategist: “We’re scared to death by what we see.”

“Joe Biden has nearly closed the once-yawning cash gap between him and President Donald Trump, with big donors flooding his campaign and the Democratic National Committee with money in recent months,” Politicoreports.

“Trump and the Republican National Committee have spent years building a formidable war chest, starting soon after he was elected and continuing as Democrats burned money in their own primary in 2019 and early 2020. The Trump campaign and its affiliated groups closed out June with $295 million in the bank. But Biden and the Democratic National Committee, which outraised Trump and the RNC for two consecutive months, has rapidly cut down that advantage to just $53 million.”

New York Times: “Democratic officials are instructing House and Senate members and party delegates to skip attending their national convention this summer, a sign of the ever-shrinking aspirations for their big campaign event in the face of surging coronavirus cases in the United States.”

“President Trump is shaking up his re-election team with less than four months until November’s vote, replacing his campaign manager, Brad Parscale, in an acknowledgment of the president’s diminished standing in nearly all public and private polling since the spring,” the New York Times reports.

“Mr. Parscale, who was named campaign manager unusually early, in February 2018, will step out of the job and Bill Stepien, currently the deputy campaign manager and a veteran political operative, will take over. Mr. Parscale will stay on with the campaign, becoming a senior adviser for data and digital operations.”

Trump campaign press secretary Hogan Gidley insisted to Fox News that former campaign manager Brad Parscale’s ouster was not a demotion. Said Gidley: “Let’s be clear what happened here. The only thing that shifted was Donald Trump simply asked Bill to steer the ship and Brad to man the guns.” He added: “He’s not demoted. What Brad is focusing on is the digital strategy.”

“Two attendees described the 20-minute meeting as emotional, with campaign leaders trying to push the idea that the change represented continuity for Trump’s reelection bid. Parscale thanked the 200 or so assembled staffers and praised Stepien for his political skills. Stepien urged aides to ignore what he described as a media-driven narrative that Trump was losing to Joe Biden, and he told them to ramp up its efforts for the final stretch of the campaign.”

“A sudden shake-up of President Trump’s campaign was an attempt to refocus a reelection effort cratering under the weight of a deadly pandemic, a stalled economy and a national reckoning on racial injustice,” the Washington Post reports.

“But numerous Republicans and Trump allies said Thursday that the personnel overhaul — demoting Brad Parscale and replacing him with Bill Stepien as campaign manager — does little to address the main problem facing the struggling Trump campaign: the president himself and his chronically self-destructive behavior.”

“In Trump’s orbit and Republican circles, there is growing unease and even panic over Trump’s conduct as allies fret that the president, who lags behind presumptive Democratic nominee Joe Biden in both public and private polling, is free-falling into a political abyss.”

“The Republican Party will hold a scaled-back convention in Jacksonville next month that includes a mix of outdoor and indoor venues,” the Washington Post  reports.

“The Thursday letter from Republican National Committee Chairwoman Ronna McDaniel said admittance will be limited to only regular delegates for the first three days of the convention — or about 2,500 people. For the final day, when the president attends, delegates will get a guest, and alternate delegates can also attend — or 6,000 to 7,000 people.”

“Republican officials throughout the country are reacting with growing alarm to President Donald Trump’s attacks on mail-in ballots, saying his unsubstantiated claims of mass voting fraud are already corroding the views of GOP voters, who may ultimately choose not to vote at all if they can’t make it to the polls come November,” CNN reports.

“Behind the scenes, top Republicans are urging senior Trump campaign officials to press the President to change his messaging and embrace mail-in voting, warning that the party could lose the battle for control of Congress and the White House if he doesn’t change his tune… Trump officials, sources said, are fully aware of the concerns.”

“The ad is engineered to drive conservative voters toward Kobach. A narrator in the ad calls Kobach ‘too conservative’ because he ‘won’t compromise’ on building President Trump’s border wall or on taking a harsher stance on relations with China. By contrast, the ad labels Marshall as a ‘phony politician’ who is ‘soft on Trump.’”

Nate Cohn: “With Joe Biden claiming almost a double-digit lead in national polls, one question still seems to loom over the race: Can we trust the polls after 2016?”

“It’s a good question. But for now, it’s not as important as you might guess. If the election were held today, Mr. Biden would win the presidency, even if the polls were exactly as wrong as they were four years ago.”

“The reason is simple: His lead is far wider than Hillary Clinton’s was in the final polls, and large enough to withstand another 2016 polling meltdown.”

Daily Beast: “As Trump’s re-election campaign has struggled to tear down former Vice President Joe Biden with less than four months until Election Day, the president’s staff have devoted considerable resources to finding novel ways to make him feel better about the crumbling world around him.”

“They tell him tales of his sagging poll numbers being fake. They’ve concocted ways of convincing him that the adoring crowds he loves on the campaign trail are still there and ready. They’ve pledged that the social, racial, and economic crises ravaging the nation are ephemeral. And they’ve carried his water as he seeks to reassert his authority over situations falling beyond his control.”

There’s only one way to read this data: It’s a clear and striking repudiation of President Trump and the Republican party’s response to the coronavirus pandemic and racial unrest following the George Floyd killing by police officers.

As Gallup notes, double-digit party advantages are relatively uncommon. Democrats last held such advantages before they flipped the House in the 2018 midterm elections, before Barack Obama’s re-election in 2012 and in 2006 when they also flipped control of the House.

But Hegar fired back, calling Cornyn “a lackey and a spineless bootlicker” for President Trump and Senate Majority Leader Mitch McConnell (R-KY).

Said Hegar: “He in the primary tried to tell people I was too far right. Now, he’s trying to tell people I’m too far left — and the poor guy can’t decide which messaging to go with.”

Jessica Taylor notes that in the five U.S. Senate races the Cook Political Report currently rates as Toss Ups — Arizona, Colorado, Maine, Montana and North Carolina — Democrats outraised Republicans by about $42.6 million to $24.1 million in the second quarter — a difference of $18.5 million.

Jonathan Bernstein: “The longer this election cycle goes on, the better the prospects for Democrats have looked. Right now, they not only have raised more money, but actually have an apparent polling lead in all five of those toss-up races, according to the RealClearPolitics averages, although several states (especially Montana) have had limited surveys so far.”

“The Cook Report lists five more contests, including Alabama, as leaning Republican. If Trump really is down by nine points or so nationally, then it’s possible Democrats could pick off one or two of them…”

“The real blowout possibilities start to kick in if Trump slips a little more. Then it starts to look possible for Democrats to win four of the five lean-Republican seats, or even one or two of the four likely Republican contests. In that case, the possibility of an aggressive legislative agenda starts to look much more likely.”

“The U.S. Supreme Court declined on Thursday to weigh in on a federal appeals court’s decision that blocked some Florida felons’ eligibility to participate in elections — a major blow to efforts to restore voting rights to as many as 1.4 million people in the battleground state,” the Washington Post reports.

John Weaver and Bill Kristol announce in the Cleveland Plain Dealer they are launching “Operation Grant” in Ohio.

“The politics of this decision are simple. For President Trump, there is a narrowing electoral map that gives him few paths to re-election. None of those paths exist without Ohio. And so Operation Grant aims to use the great American general’s home turf to put the nail in the coffin of today’s Neo-Confederate president…”

“During battle, General Grant said, ‘no terms except an unconditional and immediate surrender can be accepted.’ We offer the same terms to President Trump today.”