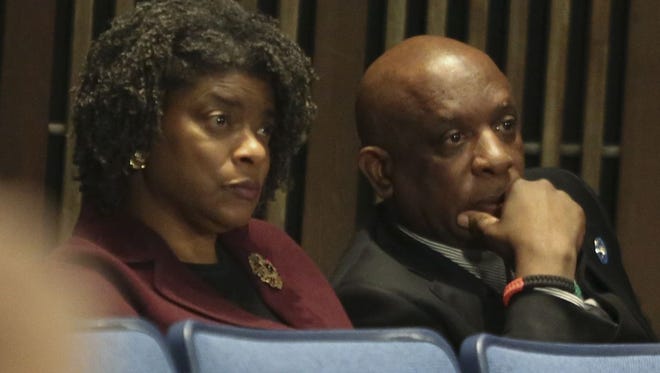 First, Delaware election law allows candidates who have already filed to withdraw their candidacy and/or file for a different office up until today at 4:30 pm. The corrupt Potter family took full advantage of that today.

Current City Treasurer Velda Jones Potter withdrew from her race for reelection and is now running for Mayor. She is now primarying Mayor Mike Purzycki along with Justen Wright.

Former State Representative Charles Potter has withdrawn his candidacy for his old job and is now running for the City Council At Large spot.

I have heard that Potter family consigliere Samuel L. Guy will apparently withdraw from his quixotic race for the Wilmington City Council At Large and run for City Treasurer against the recently filed newcomer Dawayne Sims. But that filing hasn’t happened yet. Stay tuned.

Update: Vashun Turner has withdrawn from his run for the 5th City Council seat and is now running for Treasurer.

In other musical chair news, City Councilman Ernest Trippi Congo II has pulled a double switch. He withdrew from his race for reelection for the 2nd District where he was facing four primary challengers and filed to run for the At Large seat, and then withdrew that candidacy and has now filed to run for City Council President.

Finally, New Castle County Clerk of the Peace Ken Boulden caused a stir when he at the last minute withdrew from his run for reelection to run for the State Representative in the 8th RD. Well now, he has withdrawn from that race and it is not clear if he is filing for anything else.

33 comments on “The Potter Family must be stopped”