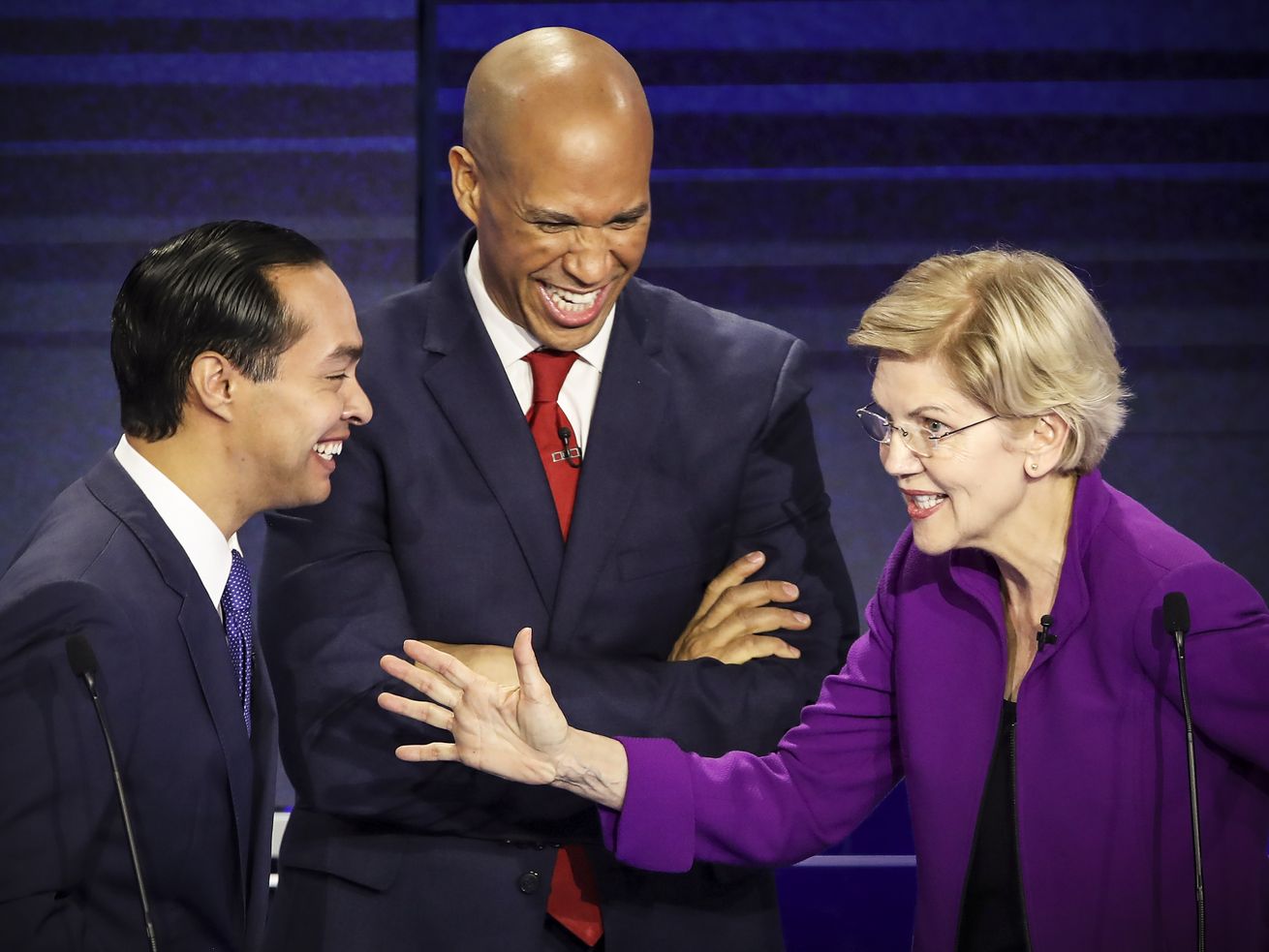 Winners: Warren, Castro, Booker
Fine: Klobuchar, Inslee
Losers: Everyone else, but Beto especially. He actually should consider dropping out tomorrow. I also do not ever need to hear from Tim Ryan, Bill de Blasio, John Delaney and Tulsi Gabbard again.

de Blasio did a good job articulating what the party should stand for in one answer, but he was the rude debate interrupter most of the rest of night and I hate that. Which is why I disliked John Delaney too. Tim Ryan made me like Tulsi Assad Gabbard, which is an unforgivable sin in my world.

Chris Matthews made a shockingly good point, unusual for him, in that Joe Biden was also a winner on the night, since no one attacked him. I am surprised Warren and Booker didn’t do it.

I would expect Booker and Castro will get a polling bump. Maybe Warren too, depending on how the debate goes tonight.