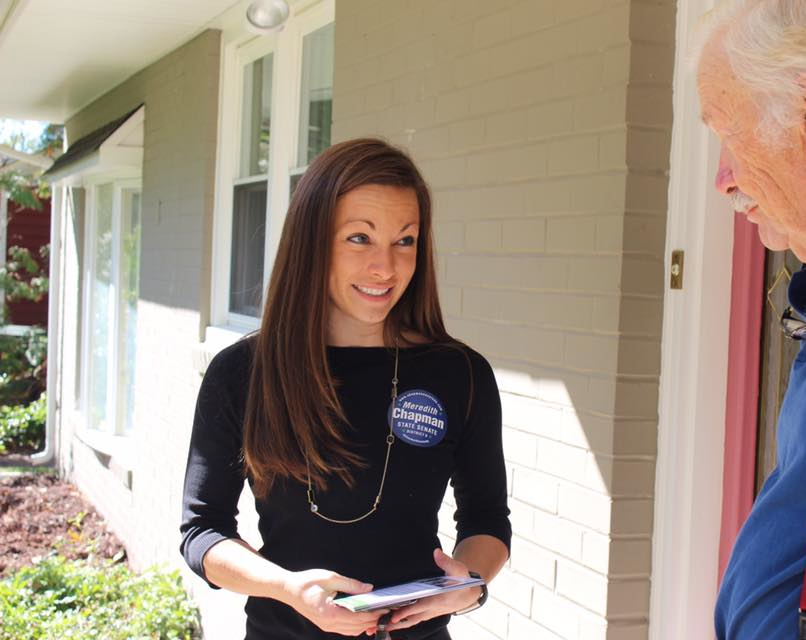 WDEL and the News Journal are reporting that former GOP Senate Candidate and former University of Delaware communications official, Meredith Chapman, was killed last night at a home in Radnor Township, Pennsylvania in what sources are describing as a murder-suicide.

Chapman had recently left her UD position as Director of Digital Communications to become an Assistant Vice President at Villanova University.   She was the wife of Newark City Councilman Luke Chapman.  Apparently, Radnor Township (PA) police officers discovered the women’s bodies around 9 p.m. last night inside a house on the first block of Lowrys Lane, near Villanova University.   Chapman had been living at that address for a week.  The identity of the second person killed has not been released yet.  Update from the Philadelphia Inquirer: Meredith was the victim of a premeditated murder:

Meredith Chapman didn’t realize she’d walked into a trap when she stepped into her Radnor home on Monday night.  A female intruder who was waiting for Chapman had been careful to cover her tracks, going so far as to clean up the pieces of shattered glass that were left behind when she broke into the three-story brick property on Lowrys Lane, investigators say.  And then she pounced. In the moments that followed, the sound of gunfire jarred this otherwise quiet neighborhood. Chapman, 33, an assistant vice president at Villanova University, was shot dead, police say, and her killer committed suicide. Neighbors called police shortly after 7 p.m., reporting that they’d heard gunshots and smelled something acrid in the air.

We still don’t know who the murderer was, and why police are not releasing the name of the murderer.

Immediate reaction in political circles was of shock and horror:

Erik Raser-Schramm, Chairman of the Delaware Democratic Party: “Like so many Delawareans touched by Meredith, I am devastated to learn of the tragic loss of a dear friend. In the hours since receiving the news, it has been impossible for me to imagine our Delaware without someone so transcendent and committed to service. Meredith’s incredible skill as a communicator, paired with a natural effervescence and love of people, made Newark and the University of Delaware a better place and more closely-knit community. My thoughts and prayers go out to Luke, to Meredith’s family and friends, and to everyone who was fortunate enough to know her. May her light forever shine brightly as we commit to preserving her legacy by coming together to find common ground, lifting up our communities, and doing right by our neighbors.”

“I am absolutely horrified at this news. […] I just read her post an hour ago about accepting a position at Villanova. Incredibly sad.” – Kevin Ohlandt.

Mike Matthews: “I am in shock and incredibly saddened. Meredith Chapman was a wonderfully vibrant young woman. […]  I had the privilege of interviewing her two years ago in her run for State Senate and the DSEA committee was beyond impressed with her knowledge and poise. She was funny, kind, and thoughtful.  This is simply tragic. Everyone please keep Meredith and her family and friends in thought today.”

Senator Dave Sokola: “Kathy and I are stunned by the news about Meredith and I’m deeply, deeply saddened to learn that such a promising young woman’s life has been cut so short. I’ve always respected my opponents and Meredith was certainly no exception. She was sharp, hard working, and motivated by a sincere desire to serve her community. She was bound for great things and it’s tragic for that light to go out so soon. I’ve also had the privilege to work with her husband, Luke, over the years, and he especially is in our hearts today. We wish him strength, peace, and privacy in what we know is an incredibly difficult and painful time.”