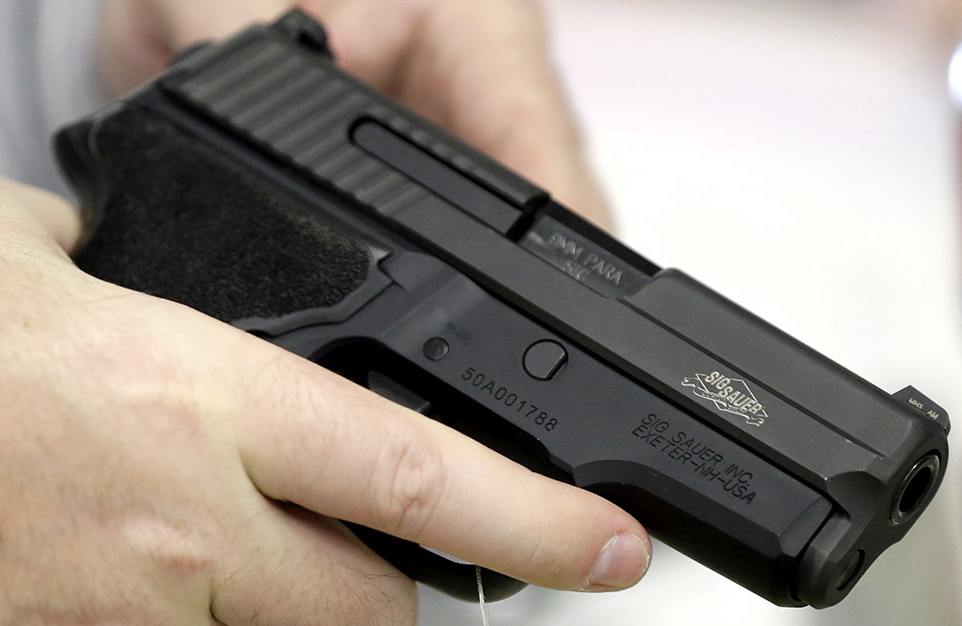 And it passed the Senate unanimously, 21-0, which may be an encouraging sign for  other gun control bills still waiting on votes in both the House and Senate.   It also passed unamended, which means the bill goes to Governor Carney for his signature immediately.

On a sad day in Delaware politics where we lost someone to gun violence by a potentially crazy person, this was a piece of good news.  Indeed, I wonder if the murder of Meredith Chapman was on the minds of legislators this afternoon when they voted on this bill.

Under the legislation, health professionals are required to report to law enforcement anyone they believe presents a danger to themselves or others. If a judge agrees, the person would have to relinquish their firearms. Prime sponsor Rep. David Bentz, D-Christiana, called the legislation a thoughtful, common sense approach to gun violence.

“Legislators and advocates across the board agree that it is critical to address mental health and gun safety, and the Beau Biden Prevention Act represents a true consensus piece of legislation. It promotes public safety and sensible gun safety policy, while protecting the due process rights of Delawareans. I am so proud to see it pass the Senate and head to the Governor’s desk,” said Rep. Bentz. “We have an obligation to prevent senseless gun violence whenever possible. When a person presents a danger to themselves or others, mental health professionals can help prevent some of these tragedies and save lives. I hope this legislation serves as a model for other states as they grapple with gun safety policies.”

Senate Majority Leader Margaret Rose Henry, D-Wilmington, another sponsor, said the bill is a major step forward on gun violence and on mental health. “We often think of gun violence as being about homicide, but almost two-thirds of all gun deaths are suicides,” said Sen. Henry. “The data tells us that people with mental illnesses are more likely to be victims than perpetrators of gun violence, which makes it all the more urgent for us to dispel with the dangerous, baseless, and stigmatizing myth that people with mental illnesses are dangerous. This is thoughtful legislation that I’m proud to sponsor. Rep. Bentz worked painstakingly to bring together stakeholders from every side of this issue to create good policy that will save lives and that we can all support. I applaud him and I’m glad to see the bill reach the governor’s desk.”

Governor Carney has stated that he plans to sign the bill, though the details of the signing have not yet been determined.