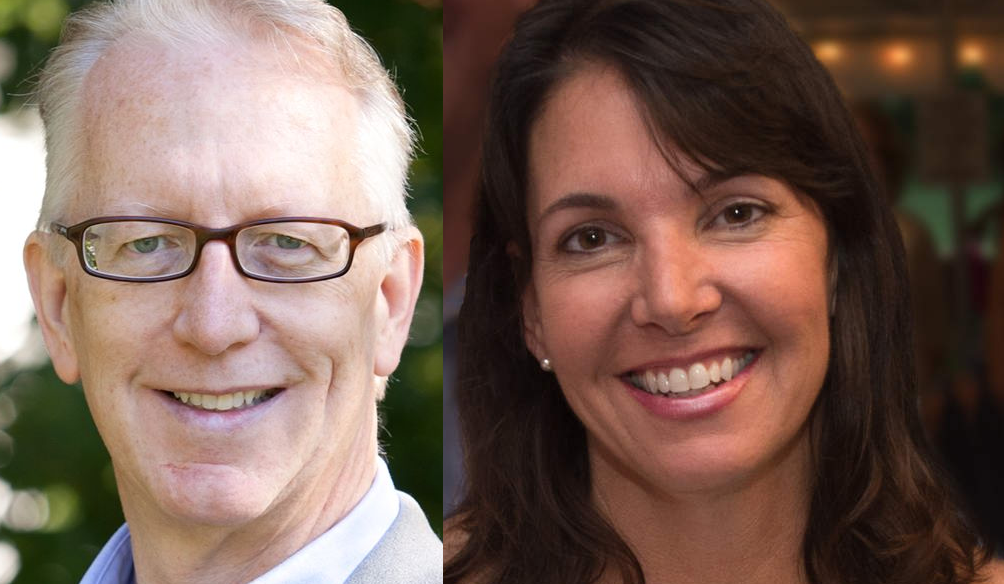 In a lengthy press release sent out this morning, Democratic Auditor candidate and former State Representative Dennis E. Williams has called on one of his opponents, Kathy McGuiness, to withdraw from the race because she is “too compromised and flawed” to remain in the State Auditor’s race.  He makes a very good point, which strikes to the heart of my idea of McGuiness as a politician, which I will get to in a moment.  But first, let’s hear from Dennis:

Williams cited the assessment of accounting experts, including professors from the University of Delaware and the Wharton School of the University of Pennsylvania, who concluded that McGuiness’ actions of seeking and accepting the endorsements and financial help – from elected officials who head the very departments, agencies, and branches of government that she would be required to audit if elected – “has compromised her independence and her ability to serve as state auditor”.

One of these experts, Dr. Araya Debessay, UD Professor of Accounting in the Lerner College of Business & Economics, appointed by former Governor Jack Markell to the Delaware State Board of Accountancy and the Delaware Public Employee’s Retirement Systems Audit Committee, said the ‘best course of action for someone who has compromised their independence by getting endorsements or by receiving financial contributions from constituent groups who will be audited by the State Auditor is to withdraw their candidacy.”

Williams noted that “McGuiness – in a desperate attempt to obtain higher office, any higher office – has sold herself and has compromised her ability to be independent. McGuiness’ claim that ‘she would be independent once in office’ is meaningless as she has already so seriously compromised herself that there is no other effective remedy available but to withdraw from the race.  It is a case of ‘you can’t put the toothpaste back in the tube’. Her actions are an affront to the voters of the State of Delaware who would be deprived of their right to receive honest and faithful services from their state government if she is elected. Further, her actions violate the ethical standards of independence of mind and independence in appearance as set forth in the AICPA Code of Professional Conduct and the GAO Government Auditing Standards.”

McGuiness, who has no accounting or finance education or experience, does not possess the accounting qualifications necessary to understand the role of Auditor, to understand the auditing code of professional conduct and ethics, or to effectively serve as Auditor.  She has declared that the state could be audited using Quickbooks and dismissed the importance of the financial audits mandated by Delaware code and necessary for Delaware’s capital infrastructure financing and other state borrowing through Wall Street and other financial markets,

Candidate McGuiness has tried to deceive voters about her qualifications and the support for her candidacy.  She has been touting her experience as a ‘Certified Fraud Examiner’(CFE), failing to note, however, that she has never worked as a CFE, and – as she has admitted –  obtained this certificate just last year. She obviously got the certificate after losing the primary race for Lt. Governor, clearly in preparation for running for Auditor, a race she began even while running for re-election as a Commissioner on Rehoboth City Council.  Candidate McGuiness also misled voters by listing at least two Democratic Party officials – County Party Chairs – as having endorsed her candidacy, when if fact they had not endorsed her.  She was told to remove their names from her website.

Here is where Mr. Williams perhaps goes too far himself in his indictment, but hey, if you want to reveal yourself as a fiercely independent candidate who will not be beholden to anyone, including anyone in his own Democratic Party, I guess it is ok to burn bridges in a torrent of nuclear fire:

Despite her complete lack of education, experience, qualifications or understanding of the position, candidate McGuiness has received the endorsement of several elected officials who head agencies, departments, or branches of government that are required by Delaware Code to be audited by the State Auditor of Accounts.

In a display of incredibly bad judgment or utter contempt for the ethical standards of their offices, these elected officials, including the Insurance Commissioner, Speaker of the House, and House Majority Leader, and other state and local officials have publicly endorsed McGuiness and all are actively helping her raise money for her campaign. Another renowned accounting expert has stated that “campaign contributions and endorsements from elected officials and the branches of state government (the eventual ‘audit clients’) is a threat to Auditor independence”.

Knowing full well that Delaware Code MANDATES that the State Auditor audit all departments, agencies, and branches of government, Insurance Commissioner Navarro, Speaker Schwartzkopf, Majority Leader Longhurst, and other elected officials at the state and local levels have compromised themselves and candidate McGuiness and have opened themselves up to charges of collusion and conspiracy by seeking to choose the person who would be auditing and investigating the very departments, agencies, and branches of government that they head.  We cannot allow this to happen in our state.  These elected officials are doing a great disservice to the Democratic primary voters and to all the people of Delaware who would be deprived of their right to receive honest and faithful services from their state government should McGuiness prevail.

At last moment, before his plane dive bombs into the battleship completely, he pulls up and offers praise for Governor Carney’s ethics and independence.

Williams concludes his press release with a bullet list of demands for Insurance Commissioner Navarro, Speaker Schwartzkopf, Majority Leader Longhurst, and other elected officials who have endorsed McGuiness:

I have always maintained that it was stupid to elect a Treasurer and an Insurance Commissioner, because those offices should be part of the Governor’s Cabinet and thus be appointed by the Governor and service at his or her pleasure.   But it was not stupid to elect Auditors and Attorneys General, because these offices serve as a check on the Executive Branch, even though they are a part of the Executive Branch.

Now, Kathy McGuiness is a political socialite in search an elected position to justify her continued existence at statewide events, cocktail hours, fundraisers and gatherings up and down the state.   The most dangerous place in the world is between her and a camera at any these events.   She has no experience in Auditing or Accounting, and is only running for Auditor for the title.  She is Pete Schwartzkopf’s candidate, his underling.   Her independence is to be doubted, if not openly scorned, before we even get to campaign donations.  I wonder if she realizes that it would be unseemly to attend party events if disaster strikes and she is elected.

On Williams’ part, this is master stroke politically for him.  He was the first candidate to join this race, and then he saw two non-Democrats (Davies and McGuiness) join, and now Jason Hortiz.   He needed to do something to reestablish both his bonafides and his presence in the race.  And by doing this, he is steering into the skid that is his greatest weakness as a politician: he has never been the most popular politician in the Democratic Party.   He clashed openly with his General Assembly and party colleagues in Dover when he was there as a State Representative.   With this press release, he is hoisting that as a badge of honor and a qualification for office of independence.  He is also stealing the mantle of independence before Kathleen Davies could steal it for himself.