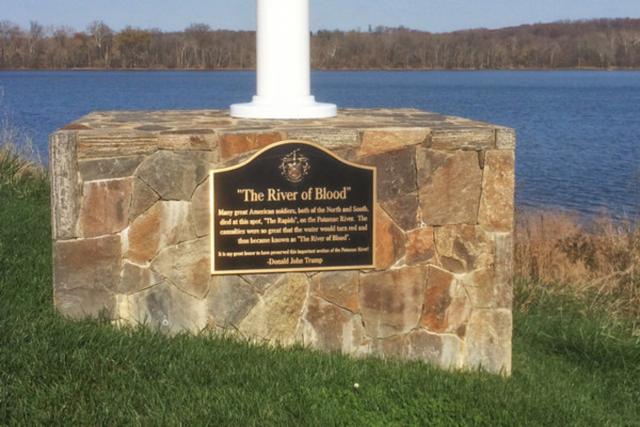 House Republican leaders said that they “plan to bring their controversial plan to revise key parts of the Affordable Care Act to a vote on Thursday, capping weeks of fits and starts in their attempt to fulfill a signature campaign promise,” the Washington Post reports.   “The flagging Republican effort to reshape the nation’s health-care system picked up steam Wednesday, as GOP leaders tried to address concerns about people with preexisting medical conditions. But independent analysts remained skeptical that the new proposal would fully address the needs of at-risk patients who receive coverage guarantees under the Affordable Care Act, underscoring the controversial nature of the Republican effort.”

David Nather: “It looks like the House Republican health care bill may be coming back to life after all. And if the leadership is this close to having 216 votes, they may well get the rest when the roll call starts. But don’t get the impression this means the Affordable Care Act repeal effort is alive and well. This is Republicans just scraping by, getting a deeply unpopular bill off of their plates as quickly as they possibly can.”

New York Times: “The measure still faces opposition from health care providers, patient advocates and retirees, as well as from many Senate Republicans, who are not likely to pass it in its current form.”

Sarah Kliff: “House Republicans are hurtling toward a vote on a bill that is disliked by most Americans, opposed by nearly every major health care group, and not yet scored by the Congressional Budget Office.”  “This is an unusual situation, and a puzzling one. Republicans are on the verge of voting for a health care bill without knowing how many people it covers or how much it would cost. They risk setting themselves up for embarrassment when the numbers actually do come out and don’t look good.”

Josh Marshall says this bill has no chance in the Senate:  “If they get it out of the House, there’s virtually no way it will get through the Senate. They’re not going to get Democratic support. And it’s quite uncertain whether they will be able to hold together Republican support. At a minimum, a House Trumpcare bill would be significantly modified in the Senate. That, in turn, might make it impossible to get the revised version or a compromise between the two through the House.”

Paul Ryan in 2009: "I don't think we should pass bills that we haven't read that we don't know what they cost." #Awkward pic.twitter.com/7AA9i1McqN

In the picture how you see a plague.  It reads: “Many great American soldiers, both of the North and South, died at this spot. The casualties were so great that the water would turn red and thus became known as ‘The River of Blood.’ It is my great honor to have preserved this important section of the Potomac River!”

Golf Digest reports that this marker commemorates a battle on Donald Trump’s golf course that never took place.  Every historian they spoke with in the article says no such Civil War occurred at or near that property on the Potomac River.   President Trump responded “How would they know? Were they there?”   Which I suppose will be his stock answer whenever he lies about history from now on.

FBI Director James Comey defended his decision to alert Congress about a reopened investigation into Hillary Clinton’s email use less than two weeks before the 2016 presidential election, saying he still believed it was the right choice, the Wall Street Journal reports. Comey acknowledged it made him “mildly nauseous to think we might have had some impact on the election,” but said he was forced to choose between two bad options–to “speak” or “conceal.”    Meanwhile, the Washington Post reports emails from Clinton containing classified information were forwarded to former congressman Anthony Weiner.

Me too, Comey.  Your actions have made me mildly nauseous too.  Well, not mildly.   I don’t think violent projectile vomiting can be called mild.

"I think they think he’s a fool, frankly."

The Democratic Congressional Campaign Committee is investing an additional $400,000 in Rob Quist’s (D) campaign to fill the Montana congressional seat left vacant when former Rep. Ryan Zinke (R-MT) was sworn in as the interior secretary, the HuffPost reports.

“The new donation brings the DCCC’s total investment in Quist to $600,000. On April 20, the DCCC invested $200,000 in the folk singer, which was used to buy political ads for Quist’s campaign. According to Kelly, the additional money will be invested in a program aimed at getting likely independent and Democratic voters to vote by mail, which accounts for approximately 60 percent of Montana’s voters, as well as to buy more TV ads.”

“President Trump broke a ton of news in his whirlwind of 100-day interviews. But a close read of the interviews reveal a skill that helped him win the presidency: Trump instinctively understands the reporter’s psychology. You see this side of Trump in his off-hand asides to the journalists interviewing him that you get when the publication publishes the full transcript.”

“Trump’s presidential victory was fueled by an understanding of media and showmanship, from the news generated by his Twitter account to his rallies being fodder for live cable television. He’s been sparring with and feeding Manhattan journalists for decades and brought that skill/obsession to the White House. The 100-day interviews are the freshest examples of the flip side to his media hatred — he eats up the coverage because he’s his own audience.”

This may explain why @tedcruz has been talking mysteriously about a forthcoming #SCOTUS vacancy… https://t.co/Y8EAbE2Ulj

Amy Walter: “Think of the GOP as a body and Trump like a donated organ. Trump is not organic to the GOP, but the body has accepted it as its own.”

“However, solid and continued support for Trump isn’t the whole story. The question is whether this support for Trump is going to translate into turn-out and support for the GOP in 2018. You don’t have to go too far back in history to find an example of a president who came to office with backing from a new, enthusiastic group of voters, only to find that those voters failed to consistently show up for the party. The so-called Obama coalition never soured on Obama, but they also didn’t show up to vote for his party in 2010, 2014 or 2016 – i.e., the years he wasn’t on the ballot.”

Confused by all the policy details in Obamacare repeal? Just focus on the numbers — they tell the real story https://t.co/6ECqjna41t pic.twitter.com/FfHzDHlkCw

House Minority Leader Nancy Pelosi (D-CA) told the Washington Post that the Democratic Party should not impose support for abortion rights as a litmus test on its candidates.

Said Pelosi: “I grew up Nancy D’Alesandro, in Baltimore, Maryland; in Little Italy; in a very devout Catholic family; fiercely patriotic; proud of our town and heritage, and staunchly Democratic. Most of those people — my family, extended family — are not pro-choice. You think I’m kicking them out of the Democratic Party?”

I am willing to accept those who describe themselves as Pro-Life or Anti-Abortion into the party so long as they understand that the policy platform of this party and of this nation shall be forever and always Pro-Choice.  They can choose to not have an abortion, just as others can chose to have one if they wish.   If Pro-Lifers want us to become Anti-Choice, then they can go fuck themselves after I shove their ass out of my party.

“The first couple of cable news Joe Scarborough and Mika Brzezinski are engaged to be married,” sources have exclusively confirmed to Page Six.