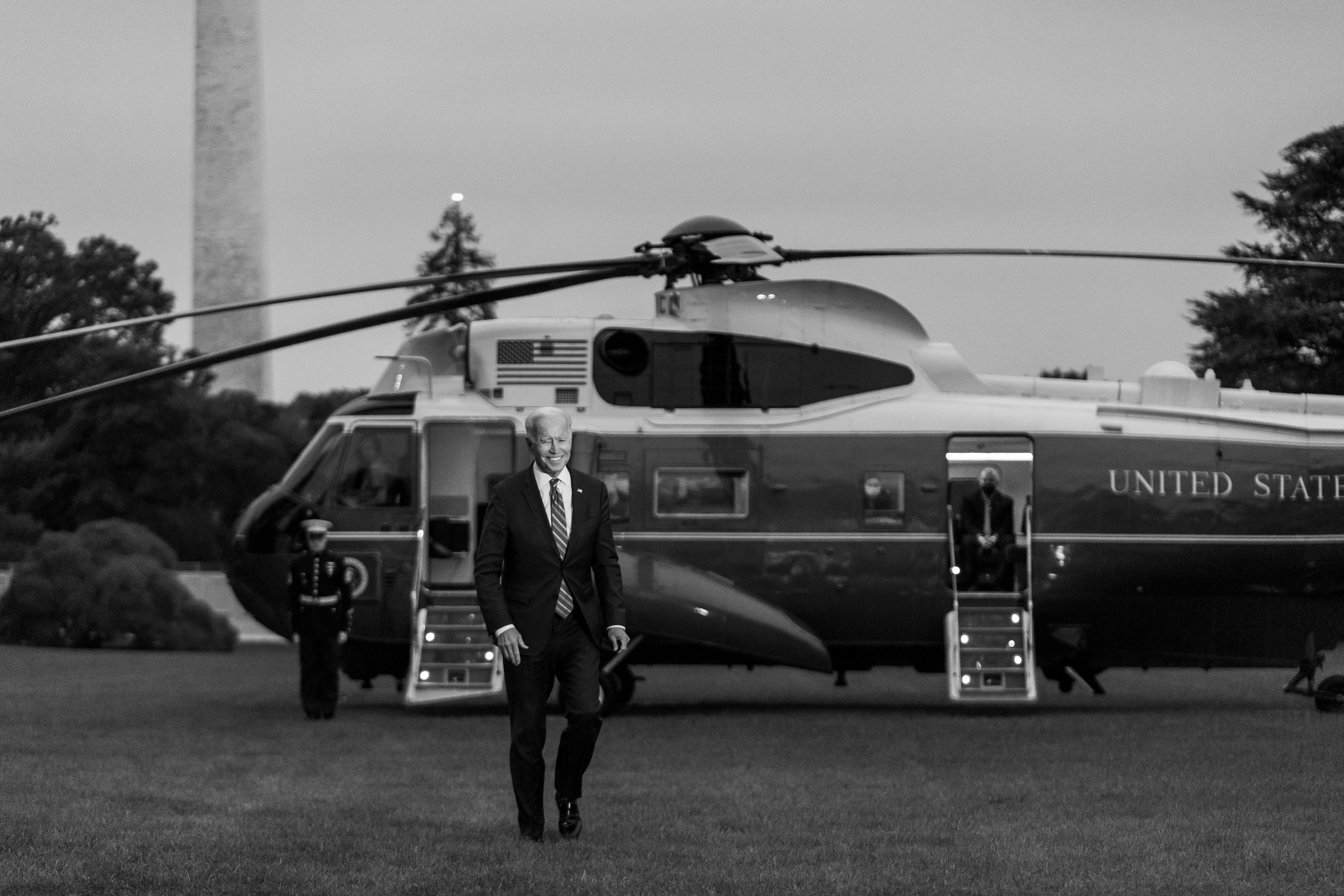 Politico: “If he follows the script laid out in his announcement of the news conference, [former President and traitor Donald Trump] will commit a whitewashing of the attacks on Jan. 6, 2021, repeating the lie that the 2020 election was rigged and defending his part in fomenting the insurrection — all while a solemn prayer service is held at the Capitol, in a vivid split-screen moment. And, as Trump castigates Republicans not toeing his line, his event will also serve as a marker of Trump’s extraordinary dominion over the GOP.”

“One year ago, many prominent Republicans predicted Trump’s behavior on and ahead of Jan. 6 would relegate him to the fringes of the right, shaming the GOP back into the mainstream. Instead, the opposite has happened.”

Said GOP strategist Ralph Reed: “It’s extraordinary. You could make the argument that he’s in a stronger position within the Republican Party today than he perhaps ever has been.”

From a New York Times editorial:

“Our political life seems more or less normal these days, as the president pardons turkeys and Congress quarrels over spending bills. But peel back a layer, and things are far from normal. Jan. 6 is not in the past; it is every day.”

“It is regular citizens who threaten election officials and other public servants, who ask, ‘When can we use the guns?’ and who vow to murder politicians who dare to vote their conscience. It is Republican lawmakers scrambling to make it harder for people to vote and easier to subvert their will if they do. It is Donald Trump who continues to stoke the flames of conflict with his rampant lies and limitless resentments and whose twisted version of reality still dominates one of the nation’s two major political parties.”

“In short, the Republic faces an existential threat from a movement that is openly contemptuous of democracy and has shown that it is willing to use violence to achieve its ends. No self-governing society can survive such a threat by denying that it exists. Rather, survival depends on looking back and forward at the same time.”

New York Times: “The payments, which started in July and amounted to hundreds of dollars a month for most families, have helped millions of American families pay for food, rent and child care; kept millions of children out of poverty; and injected billions of dollars into the U.S. economy, according to government data and independent research.”

“Now, the benefit — an expansion of the existing child tax credit — is ending, just as the latest wave of coronavirus cases is keeping people home from work and threatening to set off a new round of furloughs.”

“Supreme Court Chief Justice John Roberts says the federal judiciary needs to do more to ensure judges don’t participate in cases where they have financial conflicts of interest,” the AP reports.  “Roberts made the comments as part of his annual report on the federal judiciary released Friday evening.”

In his 2021 Year-End Report on the Federal Judiciary, the chief justice did not mention President Biden’s commission on reforming the Supreme Court or react to nascent congressional proposals to make drastic changes, such as expanding the number of justices or ending their lifetime tenure.

But he said the judiciary’s independence is best maintained by remaining free of interference from the political branches.

“The Judiciary’s power to manage its internal affairs insulates courts from inappropriate political influence and is crucial to preserving public trust in its work as a separate and co-equal branch of government,” Roberts wrote.

In the report, Roberts addressed “topics that have been flagged by Congress and the press over the past year.” Those included the failure of some judges to recuse themselves from cases in which they had a financial interest, and concerns about how the judiciary handles allegations of workplace harassment and discrimination.

More than 2,500 domestic flights have been canceled so far on New Year’s, with poor weather contributing to delays already exacerbated by the Omicron variant.

“K-12 schools around the country are pressing forward with tentative plans to reopen after the holiday break in the midst of a surge in Covid-19 cases,” the Wall Street Journal reports.

“Their biggest challenge: getting enough rapid tests to be able to step up or launch ‘test-to-stay’ strategies.”

However, the Atlanta Journal Constitution reports Atlanta Public Schools “announced Saturday that it will conduct classes remotely next week due the surge of coronavirus cases in the metro area.”

“The third tax-filing season during the coronavirus pandemic is set to begin soon with more delays, uncertainty and frustration likely for taxpayers and tax preparers,” the Wall Street Journal reports.

“There will be some signs of business as usual. The individual tax deadline will return to its usual mid-April date for the first time since 2019, and the Internal Revenue Service says it has been steadily reducing its backlog of 2020 returns and other lingering paperwork.”

“Even so, the agency is still contending with piles of work from the messy 2020 tax year while facing new challenges, including the prospect of retroactive legislation and pandemic-era tax-law changes that will require extra attention from taxpayers.”

“China is turning a major part of its internal Internet data surveillance network outward, mining Western social media, including Facebook and Twitter, to equip its government agencies, military and police with information on foreign targets,” the Washington Post reports.

“China maintains a countrywide network of government data surveillance services — called public opinion analysis software — that were developed over the past decade and are used domestically to warn officials of politically sensitive information online.”

FDIC Chairman Jelena McWilliams “unexpectedly submitted her resignation after the Trump appointee faced partisan strife at the bank regulator, in a move that will give Democrats control of the agency in the coming weeks,” Politico reports.

1. Will the government broaden its focus beyond vaccines?

2. Will people who feel sick have better options for tests and treatments?

3. Forget a third vaccine dose — will Americans need a fourth, too?

“A new breed of antitrust activists say it’s time to rewrite the rules” that have long protected competition in the American economy, reports Leah Nylen. And “unlike many of the hottest issues embroiling Washington, the antitrust debate doesn’t break down along neat partisan or ideological lines. Supporters of sweeping change include progressive Democrats like Massachusetts Sen. Elizabeth Warren and Federal Trade Commission Chair Lina Khan, as well as conservative Republicans like Missouri Sen. Josh Hawley and Colorado Rep. Ken Buck, all of them facing resistance within their own parties.”