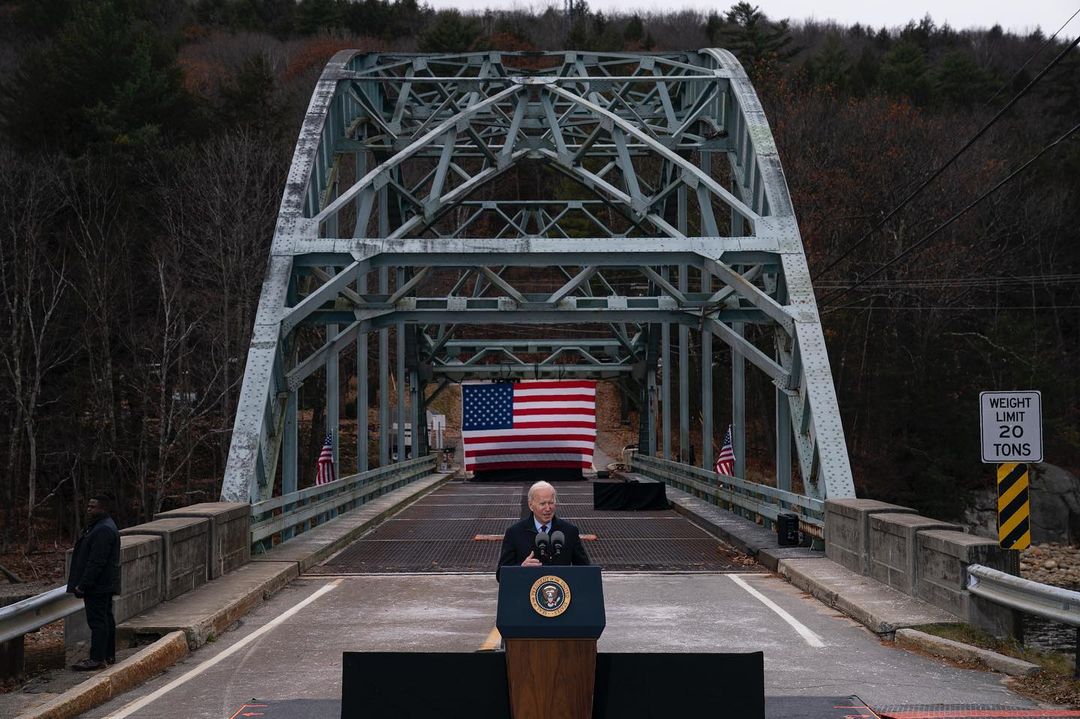 “Republicans in Wisconsin are engaged in an all-out assault on the state’s election system, building off their attempts to challenge the results of the 2020 presidential race by pressing to give themselves full control over voting in the state,” the New York Times reports.

“The Republican effort — broader and more forceful than that in any other state where allies of former President Donald J. Trump are trying to overhaul elections — takes direct aim at the bipartisan Wisconsin Elections Commission, an agency Republicans created half a decade ago that has been under attack since the chaotic aftermath of last year’s election.”

“Top Republicans in the Pennsylvania House of Representatives on Wednesday threatened to remove members of the Lehigh County Board of Elections unless they rescind a decision to allow counting of mail-in ballots without dates that were submitted in the municipal election this month,” the Allentown Morning Call reports.  The decision could tip a judicial election.

MONTANA FIRST CD. Democratic state Rep. Laurie Bishop announced Wednesday that she was ending her congressional campaign in order to run for re-election.

MARYLAND SIXTH CD. Republican Del. Neil Parrott has announced that he’ll seek a rematch against Democratic Rep. David Trone “no matter what the map looks like.” Trone defeated Parrott 59-39 last year as Joe Biden was carrying the current version of the 6th District 61-38.

NEW HAMPSHIRE FIRST CD and GOVERNOR. While there has been speculation all year that a Republican congressional gerrymander could motivate Democratic Rep. Chris Pappas to run for governor, the congressman came close to announcing a re-election bid this week. “I have always been committed to the work I am doing on behalf of the people of the 1st District, and I hope to have their confidence moving forward,” said Pappas.

The congressman himself said of the new map, “It’s racially gerrymandered. It will disadvantage African-American communities all across the 1st Congressional District. I am disappointed, terribly disappointed with the Republican majority legislature for again gerrymandering our state.”

Butterfield’s existing 1st District supported Joe Biden 54-45, but the new seat—which takes in a heavily Black stretch of North Carolina’s rural north as well as some Raleigh exurbs and is now numbered the 2nd—would have gone for Biden just 51-48 (for a margin of only two points after rounding). What’s more, the long-term political trends in the area have been very unfavorable for Democrats, so Butterfield could very well have faced a tough campaign in what’s shaping up to be a difficult midterm. Any Democrat hoping to succeed him almost assuredly will.

The candidate filing deadline is Dec. 17, so Butterfield’s potential successors have just a month to decide what they’ll do. Hours before Spectrum News’ Reuben Jones broke the news of the congressman’s departure, Democratic state Sen. Don Davis told The Insider he would be interested in running for an open seat.

The campaign of former state Sen. Erica Smith, who unsuccessfully sought the Democratic nomination for the U.S. Senate last year, also says she’s considering ending her second bid for the upper chamber in order to run here. Inside Elections’ also mentions Valeisha Butterfield Jones, the incumbent’s daughter and the co-president of the Recording Academy (the group behind the Grammy Awards), as a possibility.

On the Republican side, the most notable candidate is Butterfield’s 2020 foe, Sandy Smith, who kicked off a bid for a rematch before the congressman decided to depart. Smith, who lost last year’s race 54-46, ended September with $255,000 on-hand, thanks in large part to self-funding.

Smith may not have the primary to herself, though. Former state Sen. Buck Newton, who narrowly lost the 2020 general election for attorney general, expressed interest earlier this month, and others could also take a look here.

NEW HAMPSHIRE U.S. SENATOR / FIRST CD / SECOND CD. Former Trump official Matt Mowers didn’t rule out the idea of ending his second campaign against Democratic Rep. Chris Pappas in the 1st Congressional District in order to challenge Democratic Sen. Maggie Hassan, but he doesn’t sound excited about the idea. The Republican told WMUR’s John DiStaso, “There have been people calling and encouraging me to explore running [against Hassan], but I haven’t really seriously considered anything but running for the U.S. House.”

Meanwhile, DiStaso reports that Londonderry Town Manager Kevin Smith (no, not the Clerks guy) is thinking about a Senate bid. Smith ran for governor in 2012 but lost the primary 68-30 to Ovide Lamontagne, whom Hassan defeated weeks later. Finally, brewery owner Jeff Cozzens told the New Hampshire Union Leader that he was continuing his campaign in the 2nd Congressional District against Democratic Rep. Annie Kuster and would not be running against Hassan.

OREGON GOVERNOR. The Oregon Capital Bureau’s Gary Warner reports that independent state Sen. Betsy Johnson, a longtime conservative legislator who left the Democratic Party last month, has $2.3 million on-hand, which gives her by far the largest war chest of all the candidates running in next year’s open seat race. Johnson, who had $525,000 in her account when she launched her statewide campaign in mid-October, went on to raise $2 million over the following month.

Warner writes Johnson’s haul includes several six-figure donations from business groups, including $250,000 from the construction firm ​​The Papé Group. Those huge contributions are possible because, as Warner previously wrote, “anyone or anything can give unlimited money” for state-level campaigns. Unusually, we don’t need to wait for a defined fundraising period to end before we can get finance numbers: Candidates have 30 days to disclose donations during most of the campaign, and newly-provided information is quickly accessible on the secretary of state’s site.

On the Democratic side, former New York Times columnist Nicholas Kristof raised $1.2 million since he began his own campaign late last month, and he has $1 million on-hand. State House Speaker Tina Kotek, who launched her own bid just after Labor Day, took in a smaller $440,000 and has $470,000 on-hand. State Treasurer Tobias Read, whose campaign started nearly a month later, raised $660,000 and has $500,000 to spend. Finally, Yamhill County Commissioner Casey Kulla has a mere $1,200 on-hand after raising $55,000.

Businesswoman Jessica Gomez has hauled in $145,000 but reports a negative balance, while Baker City Mayor Kerry McQuisten has raised $60,000 and has $50,000 on-hand. The primary is in May.

The Cook Political Report moved three U.S. Senate races next year — in Arizona, Georgia and Nevada — from Lean Democrat to Toss Up.

Donald Trump’s Save America PAC is out with a new ad urging Republicans to vote out 13 congressional Republicans who are “RINOs, sellouts and losers.”

Vice President Kamala Harris told ABC News that the 2024 presidential race is not even being discussed in the White House when she was asked about whether President Biden will seek re-election.

“The Wyoming Republican Party will no longer recognize Liz Cheney as a member of the GOP in its second formal rebuke for her criticism of former President Donald Trump,” the AP reports.  “Cheney is now facing at least four Republican opponents in the 2022 primary.”

RNC Chairwoman Ronna McDaniel said she “obviously” still considers Rep. Liz Cheney (R-WY) to be a member of the party after the Wyoming GOP voted to no longer recognize the congresswoman Republican, The Hill reports.

“A Las Vegas man charged with forging his dead wife’s signature on her ballot, mailing it in and then claiming it had been stolen, has agreed to plead guilty,” KLAS reports.

Stacey Abrams didn’t say “no” when asked her whether she’d run for president in 2024 if President Biden does not.

“Potentially facing years in prison over accusations that he ran an absentee ballot scheme to fraudulently boost Republican politicians in 2016 and 2018, North Carolina political operative McCrae Dowless rejected a plea deal in court,” the Charlotte Observer reports.  “He appears set to fight the charges and could go to trial next summer.”

FBI agents raided the home of a Colorado elections official who was involved in an amateur investigation of voter fraud in the 2020 presidential election, Colorado Politics reports.

VERMONT U.S. SENATOR / AT LARGE CD. VT Digger writes that a trio of Democrats, state Senate President Pro Tem Becca Balint, Lt. Gov. Molly Gray, and state Sen. Kesha Ram Hinsdale, have each “indicated” that they wouldn’t go up against Rep. Peter Welch if he ran for Vermont’s open Senate seat but could instead campaign to succeed him in the lower chamber.

The only one who was quoted was Ram Hinsdale, who said, “I personally don’t have a fire in my belly to run against Congressman Welch if he pursues the Senate seat.” Gray, meanwhile, said she’d use the Thanksgiving holiday to think about her 2022 plans. Vermont is the only state that still hasn’t elected a woman to either chamber of Congress.

ARIZONA GOVERNOR. Several prominent African American leaders in Arizona denounced Democratic Secretary of State ​​Katie Hobbs days after a federal jury awarded $2.75 million in damages to a state Senate staffer named Talonya Adams, a Black woman who claimed that she was fired in 2015 after complaining about being paid less than her white male colleagues.

Hobbs, who was the chamber’s minority leader at the time, was not a defendant in Adams’ lawsuit against the Senate, which was controlled by Republicans. However, she did testify that she had been part of a group that fired Adams, saying its members “agreed that we had lost trust and confidence in Ms. Adams, and that was why that decision [to fire her] was made.”

Hobbs apologized to Adams in 2019 after Adams won a $1 million verdict that was later tossed out by saying she “should have been a stronger ally in this instance.” Her campaign last week responded to the jury’s award in Adams’ second trial by saying that “the Republican majority chief of staff acted as her supervisor and the ultimate decision-maker regarding the termination of her employment.”

Six Black leaders also responded with a statement of their own, saying, “We ask that all persons, especially people of color, reconsider any support for Katie Hobbs to become the next governor of Arizona” due to her actions regarding Adams’ firing. The group includes NAACP state President Charles Fanniel; Sandra Kennedy, who is a Democratic member of the powerful Arizona Corporation Commission; and former state Rep. Art Hamilton, who in the 1980s was a leader in the high-profile fight to establish a Martin Luther King holiday over the opposition of Republican Gov. Evan Mecham.

Hobbs is the most prominent Democrat competing in next year’s primary for governor. The field also includes former state Rep. Aaron Lieberman and former homeland security official Marco López, who each were quick to criticize Hobbs following the jury’s decision.

GEORGIA GOVERNOR. Conservative radio host Martha Zoller on Wednesday asked former Sen. David Perdue about reports that he was considering challenging Gov. Brian Kemp in next May’s Republican primary, and Perdue very much did not rule anything out. “The fact that your phone is blowing up and my phone is blowing up, tells us something,” he argued, adding, “We have a divided party in Georgia right now.” CNN also reported that day that several unnamed Peach State Republicans expect Perdue to make up his mind “soon.”

GEORGIA U.S. SENATOR. Former state Rep. Josh Clark, a Republican who retired in 2014 after two terms in the legislature, announced this week that he would run for the U.S. Senate.

PENNSYLVANIA U.S. SENATOR. Former Ambassador to Denmark Carla Sands has announced a new $1 million TV and digital ad campaign well ahead of the May Republican primary. The self-funder tells the audience, “We need conservatives in Washington with the backbone to stand up to Nancy Pelosi and Alexandria Ocasio-Cortez and their radical, socialist agenda.”