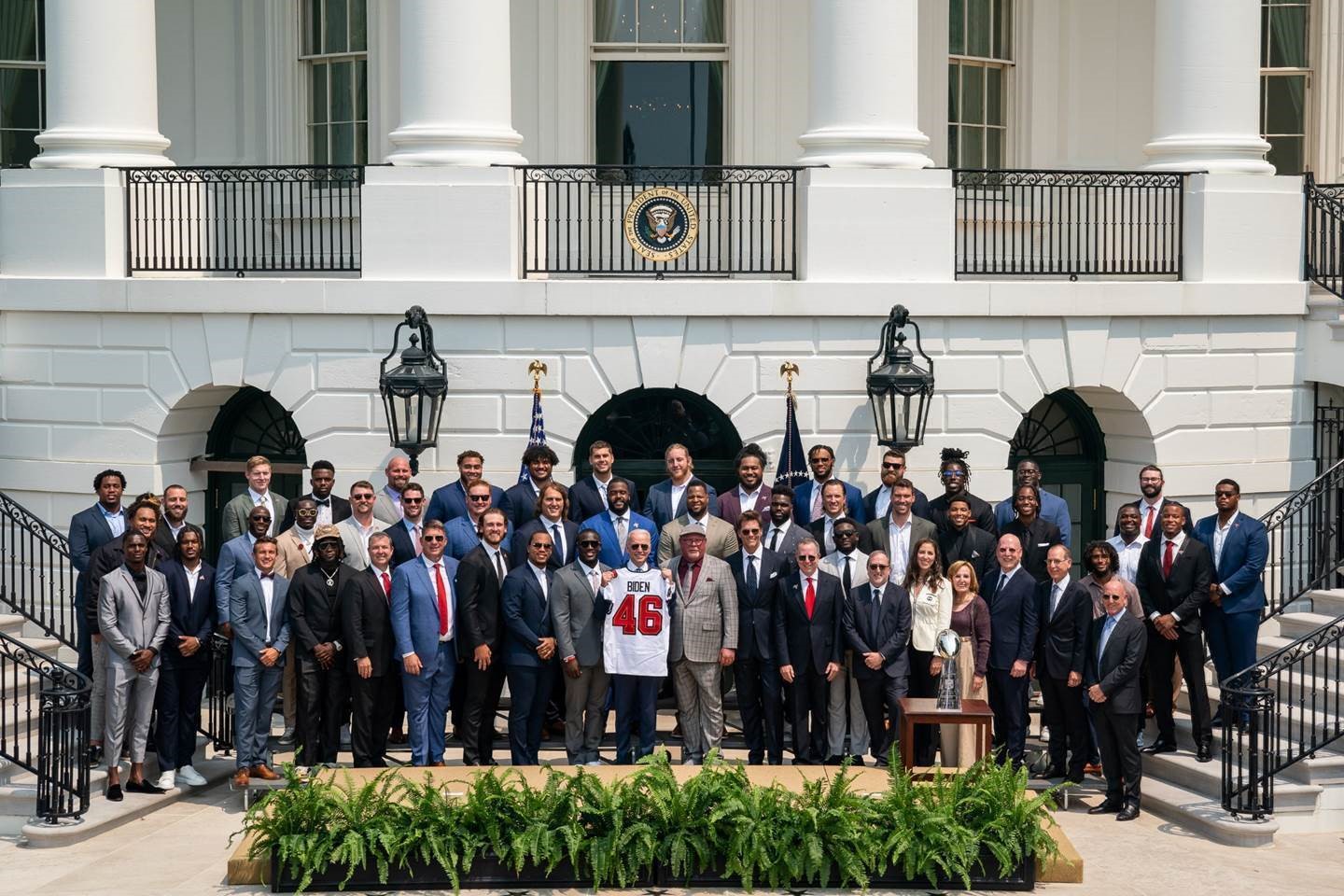 “Several states scaled back their reporting of COVID-19 statistics this month just as cases across the country started to skyrocket, depriving the public of real-time information on outbreaks, cases, hospitalizations and deaths in their communities,” the AP reports.

“The shift to weekly instead of daily reporting in Florida, Nebraska, Iowa and South Dakota marked a notable shift during a pandemic in which coronavirus dashboards have become a staple for Americans closely tracking case counts and trends to navigate a crisis that has killed more than 600,000 people in the U.S.”

“Florida is recording more Covid-19 cases than any other U.S. state, as hospitalizations in some areas increase at the fastest rate since the start of the pandemic,” the Wall Street Journal reports.

“As the House select committee investigating the Jan. 6 riot prepares to get underway next week, it will include former CIA Inspector General David Buckley in the role of staff director,” Yahoo News reports.

“The selection of Buckley to serve in that capacity, however, could come back to haunt the Democrats on the committee who selected him. Yahoo News has obtained a previously unpublished 2019 report compiled by the Department of Homeland Security’s watchdog office showing that investigators urged the CIA to take action against Buckley for his alleged retaliation against a whistleblower, a conclusion that would likely be troubling to potential witnesses who might testify in the Jan. 6 inquiry.”

Speaker Nancy Pelosi said it’s her “plan” to appoint Rep. Adam Kinzinger (R-IL) to the House select committee to investigate January 6, just days after the GOP walked out on the panel, CNN reports. The Illinois Republican has been telling people in recent days he’d accept the appointment if offered.

NBC News: “Cheney remains a steadfast opponent of House Democrats on most fronts as well as a vocal and frequent critic of President Joe Biden’s policy agenda, including major issues of taxes, immigration, abortion, national security and government spending.”

“But she has joined the Democrats on the Jan. 6 committee seamlessly, those members say, gaining trust that is rarely found across the political aisle, especially after the attack on the Capitol. She attends Zoom and in-person preparation meetings and has displayed an impressive level of commitment, knowledge and a ‘ferocious’ work ethic.”

Politico: “In a letter Friday, the far-right group asked McCarthy to file and bring up a privileged motion by July 31 ‘to vacate the chair and end Nancy Pelosi’s ‘authoritarian reign as Speaker of the House.’”

“The motion is all but guaranteed to fail in the Democratic House, but it signals a stewing anger on the right towards the speaker. The Freedom Caucus’ letter indicates that McCarthy would need to initiate the motion, and if he were to do so, it would further escalate partisan acrimony in the House that has remained high, and occasionally gotten personal, since Jan. 6.”

New York Times: “When companies began announcing tentative return-to-office plans this spring, there was a sense of optimism behind the messages. Covid cases were dwindling in the United States as the vaccine rollout picked up pace. Employers largely hoped their workers would get shots on their own, motivated by raffle tickets, paid time off and other perks, if not by the consensus of the medical community.”

“In recent days, that tone has suddenly shifted. The Delta variant, a more contagious version of the coronavirus, is sweeping through the country. Fewer than half of Americans are fully vaccinated, exacerbating the situation… It all adds up to a difficult calculation for America’s business leaders, who hoped the country would already be fully on a path to normalcy, with employees getting back to offices. Instead, individual companies are now being forced to make tough decisions that they had hoped could be avoided, such as whether to reverse reopening plans or institute vaccine mandates for employees.”

NBC News: “Thousands of Afghans who are eligible for a U.S. evacuation out of the country now face one final life-and-death hurdle — getting to Kabul without being captured or killed by the Taliban.”

“The Biden administration this week emailed hundreds of Afghans who worked for the U.S. government telling them to prepare for evacuation to the U.S. in coming days… But the Afghans have to make their way to the capital of Kabul on their own in order to be evacuated.”

“The Afghan government imposed a month-long curfew across almost all of the country on Saturday in a bid to stop the Taliban from invading cities,” the BBC reports.

“A federal magistrate judge on Friday ordered Tom Barrack, a longtime associate of former President Donald Trump who was indicted earlier this week on charges of illegal foreign lobbying, released from jail pending trial, freeing him on a bail package that includes a $250 million bond secured by $5 million in cash,” CNN reports.

Rep. Madison Cawthorn (R-NC) told Just the News that he wants to “prosecute” Dr. Anthony Fauci should Republicans win control of the House in 2022.

Said Cawthorne: “I’ll tell you when we take the majority back in 2022, I’ll make sure consequences are doled out.”

Jacob Chansley, the “QAnon Shaman” who took part in the January 6 insurrection at the Capitol, is negotiating a possible plea deal with prosecutors after prison psychologists found he suffers from various mental illnesses, Reuters reports.

The bust of Confederate general and Ku Klux Klan leader Nathan Bedford Forrest was removed from the Tennessee state capitol this morning.,

A man alleged to be Johansen said in a recording: “Listen up, I’ve got COVID and I’m really, really sick and I just don’t have time to talk to you today.”

Heavy metal guitarist Jon Schaffer, who pleaded guilty to charges related to the Capitol riot, had feces thrown at him and faced death threats during a stint at an Indiana jail, the Daily Beast reports.

“There’s not a day that goes by that I don’t thank God he’s there and the other guy is in his Mar-a-Lago retirement home. I don’t wake up in the middle of night wondering whether the president United States has been co-opted by Vladimir Putin. I mean, maybe Trump lowered the bar so much that our expectations are such that things seem semi-calm right now.”  — Rep. Jim McGovern (D-MA), quoted by the Washington Post.

Said Trump: “If I were an Indian, I’d sue! Sue them, Indians! What could be better, especially if you have a good team? It’s one of the greatest names, one of the most incredible logos, people loved it. They are going absolutely crazy in Ohio over the name change.”

He added: “Cleveland Guardians? What’s that all about? The insanity of the Left knows no bounds, and both Indians and baseball fans should be greatly insulted.”