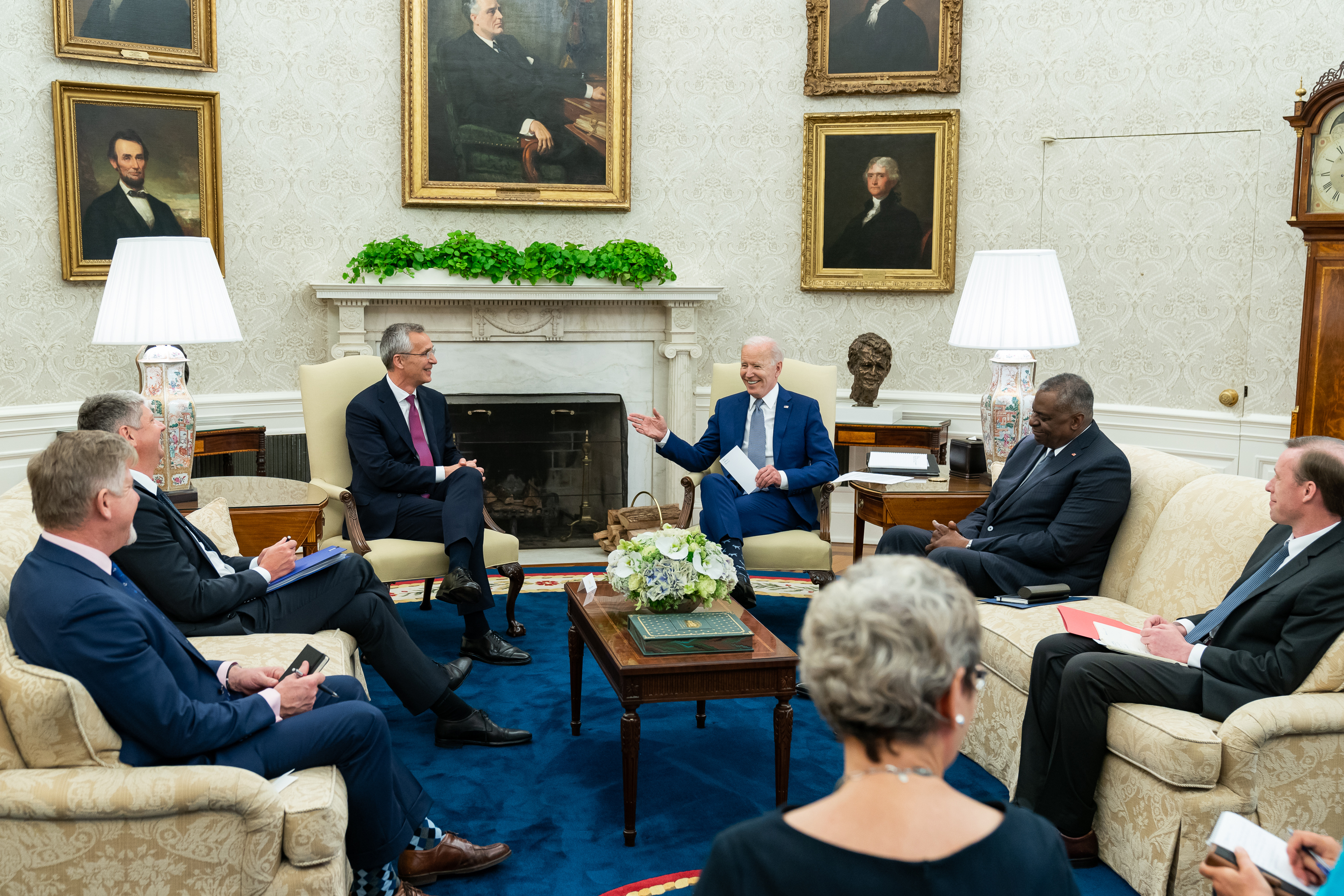 Gallup: “President Joe Biden’s latest job approval rating of 50% is down from 56% in June. Before this month, his ratings had not shown meaningful variation during his time in office, and the current figure marks the lowest measured for him to date.”

“But ask Americans how things look in their own communities, and in survey after survey, they evince much less worry.”

“In a recent USA Today/Ipsos poll, 62 percent of Americans believed (correctly) that crime had gotten worse in the United States, but a plurality felt that their own community was no more dangerous.”

Politico: “Donald Trump and his advisers are convinced that if he runs again for president in 2024, the Republican nomination will be his. Their confidence is so supreme that they view almost all of the emerging field not as competition but as possible vice presidential picks.”

Texas Observer: “Unless Abbott—actually Speaker Dade Phelan—makes good on the threat to lock lawmakers in, ramming through a hardline elections bill in a subsequent special session risks inciting another quorum break—perhaps by Senate Democrats this time. That’s what happened during the last quorum break in 2003 when House Democrats hid out at a Holiday Inn in Ardmore, Oklahoma, for several weeks to block the GOP’s aggressive gerrymandering scheme.”

“The threat of repeated quorum breaks does give Democrats some leverage, thanks to Abbott’s veto of the budget for the legislative branch: Come September 1, legislative staffers will no longer get paid. If the Legislature is actually defunded, that jeopardizes Republicans’ plans to redraw the state’s political maps this fall—a top priority as congressional Republicans try to take the U.S. House in 2022.”

“At first glance, Herschel Walker has a coveted political profile for a potential Senate candidate in Georgia,” the Associated Press reports.

“But a review of hundreds of pages of public records tied to Walker’s business ventures and his divorce, including many not previously reported, sheds new light on a turbulent personal history that could dog his Senate bid.”

Trump has already said Walker is his first choice for the GOP nomination.

Samuel Goldman: “Like California, Florida’s population has been heavily affected by Hispanic immigration. That immigration has different sources, though. Hispanics in California are predominantly of Mexican descent.”

“The situation is different in Florida. Cuban-Americans are a longstanding bloc of Republican voters. But Venezuelans and other Latinos who have fled socialist regimes and may be attracted to conservative messages. Donald Trump’s strong showing with these voters (as well as with Tejanos) suggests that Republicans don’t have an insurmountable problem with Hispanic voters or immigrants as such.”

“At minimum, though, Republicans’ prospects in Florida should relieve the pessimism that characterizes some conservatives’ attitudes toward immigration and cultural pluralism. Florida not only shows that Republicans can win non-white voters, but that they can do so without merely echoing Democrats’ positions.”

Sarah Huckabee Sanders (R) told Fox News that she would not impose any mask mandate or vaccine requirements if she is elected governor of Arkansas in 2022.  Said Sanders: “We believe in personal freedom and responsibility.”

“Experts in the field fear a massive exodus of administrators that would change how elections are run — and threaten democracy itself,” CNN reports.  “Nearly one in three local election officials included in a recent survey for the liberal-leaning Brennan Center for Justice say they feel unsafe because of their jobs.”  Said election expert David Becker: “We’re in danger of losing a generation’s worth of professional election expertise. That would be bad enough if it weren’t also combined with the fact that they might be replaced with partisan hackery.”

New York Times: “Biden, a veteran of the Senate who for decades has believed in negotiating on the particulars of voting rights legislation, has faced calls to push Democratic senators to eliminate the filibuster, which would allow the two major voting bills proposed by the party to pass with a simple majority. The president and his advisers have repeatedly pointed out that he does not have the votes within his own party to pass federal voting legislation, and does not have the power to unilaterally roll back the filibuster even if he supported doing so.”

“But voting rights groups say that Mr. Biden is not expending sufficient political capital or using the full force of his bully pulpit to persuade Congress. They point to the contrast between his soaring language — ‘Jim Crow on steroids,’ he has called the G.O.P. voting laws — and his opposition to abolishing the Senate filibuster.”

Washington Post: “Few candidates have done more in recent months to court Trump, or to compare his own controversy to the scandals that enveloped the former president. Yet in a state that Trump won by 15 points in 2020, the Greitens campaign has tested the question of just how far the former president and Republican voters are willing to go to overlook past misdeeds.”

“Several Republican strategists say they worry that the lurid scandals that brought down Greitens would create an opening for a Democrats if he is the nominee, especially if former governor Jay Nixon (D) decides to run. More likely, they say, Greitens would just increase the costs for Republicans to win the state, diverting resources from other contests.”

“Sen. Chuck Grassley (R-IA) is under increasing pressure to run for reelection as Democrats look to turn around their recent struggles in Iowa next year,” The Hill reports.

“Republicans have publicly and privately encouraged the 87-year-old Grassley to mount one more campaign, seeing his candidacy as a sure-fire way to lock down the Iowa Senate seat. The party is also eager to avoid another retirement after five of its incumbent senators announced that they will not run for reelection in 2022.”

Former New Jersey Lt. Gov. Kim Guadagno, who was elected twice on a ticket with Gov. Chris Christie (R), has left the Republican Party and is now an unaffiliated voter, the New Jersey Globe reports.

Corey Lewandowski previously denied the Trump campaign had paid actors to appear at the future president’s 2016 campaign-launch announcement at Trump Tower, but Lewandowski recently admitted to Insider that people were indeed hired to show up.

Jennifer Rubin: “What most motivates these traditionally Republican voters — and infuriates them about their former party — is the MAGA Republicans’ war on truth and democracy.”

“More about any policy issue foreign or domestic, these Republicans are deeply concerned about the GOP’s descent into a cult that poses a danger both to its own followers (via vaccine denial) and to democracy. The gap between their concern for democracy and the next issue of importance is vast. Indeed, these are essentially one issue voters — the issue being democracy.”

In his continuing search for non-existent voter fraud in the 2020 presidential election, Donald Trump is now suggesting it can be found “in the routers.”

“Amid a jump in violent crime in this and other cities nationwide, Detroit residents report being much more worried about public safety than about police misconduct,” a new USA Today/Suffolk University/Detroit Free Press Poll finds.

“By an overwhelming 9-1, they would feel safer with more cops on the street, not fewer.”