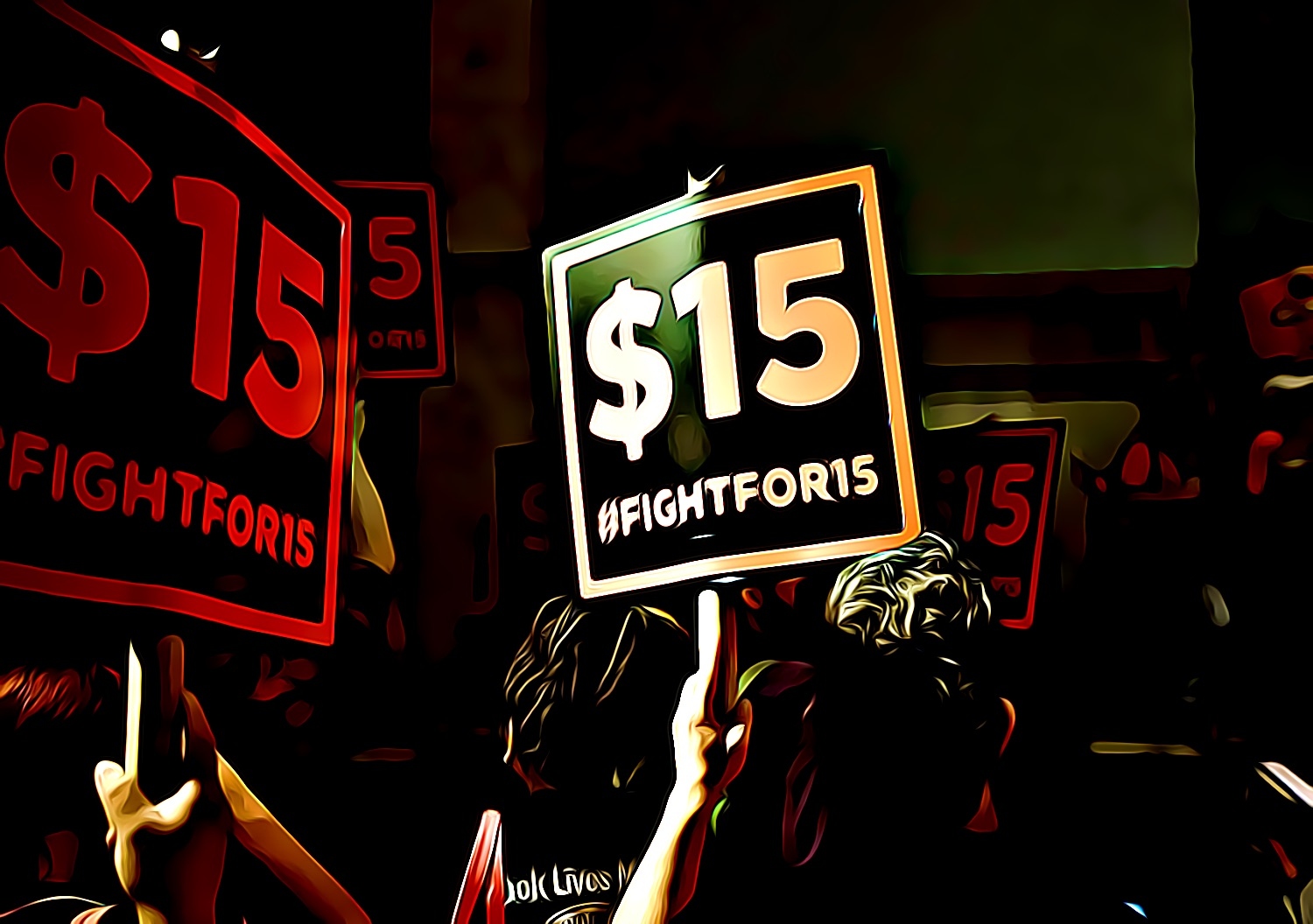 The bill also says that if the Federal Minimum Wage exceeds the state minimum wage, the state wage will automatically be raised to match the Federal. The bill does not contain language that would index the minimum wage to any rise in inflation, and it should.

Every Senate Democrat sponsored the bill. 18 out of 26 House Democrats sponsored the bill. Who are the remaining 8? Speaker Pete Schwartzkopf, Kendra Johnson, Sherae’a Moore, Sean Matthews, Krista Griffith, Bill Carson, Bill Bush and Andria Bennett. I believe that Johnson, Moore, Matthews and Griffith are all for raising the wage. The Speaker, Bill Carson, Bill Bush and Andria Bennett are all question marks. Flood their email and phones.

Delaware’s current minimum wage of $9.25 an hour – set in 2019 – offers what is now a bare subsistence-level of pay for most low-wage workers, who are earning just $1,480 a month before taxes.

Delaware is also trailing behind its neighbors when it comes to base-level pay.  On May 1, Delaware’s current minimum wage will be lower than the base pay required in four out of five surrounding Mid-Atlantic states, including New York ($12.50), New Jersey ($12), Maryland ($11.75) and Virginia ($9.50).

Each of those states is already on track to reach a $15 an hour minimum wage by 2025. Other than Delaware, the only remaining hold out is Pennsylvania where workers are paid the same $7.25 as required under the federal minimum wage – a rate unchanged since 2009.

“Delawareans who go to work every day shouldn’t be living in poverty,” Governor John Carney said. “As an employer, the State of Delaware has committed to raising wages to at least $15 for all state workers. I want to thank Sen. Walsh and Rep. Brady for their thoughtful work on this legislation, which will gradually raise our minimum wage and support working families across our state.”

“As Delaware faces the greatest public health crisis of our lifetimes, it is our lowest-paid workers who are being asked to put their own health at risk so people who can afford to work from home are able to buy groceries, and sleep at night knowing their most vulnerable family members are being cared for,” said Walsh, D-Stanton. “Our essential workers have stepped up for us in heroic fashion. Now we need to step up for them by making sure they are paid a fair and livable wage.”

Walsh added that the notion most minimum-wage earners are teenagers working their first job is a myth.  “The reality is most people earning minimum wage are single parents working multiple jobs to make ends meet, the vast majority of whom are women and people of color,” he said. “If you want true economic justice in this state, you need to start with the minimum wage.”

“Minimum wage increases will actually aid Delaware’s economy by helping to build a widely shared recovery,” said Rep. Gerald Brady, the lead sponsor of SB 15 in the House. “Raising the minimum wage will boost the consumer spending that local businesses rely on. It will reduce the strain on the safety net caused by wages that people can’t live on and help level the playing field for businesses. Additionally, the increases will encourage the kind of fair pay, lower turnover, better customer service business model that will help small businesses survive and thrive.”

According to the National Low Income Housing Coalition, the average 2-bedroom apartment in Delaware now costs $1,142 a month, leaving minimum-wage earners with less than $84 a week for groceries, medicine, car insurance and other necessities.  Those impossibly tight margins help to explain why 13% of Delaware children live below the poverty line and 20% are unsure of where their next meal is coming from.

According to the Economic Policy Institute, 60% of minimum-wage earners in the United States are older than 25, nearly 60% are women, 51% are people of color and 25% are supporting children.

Many of Delaware’s largest private employers are already providing starting or average wages of $15 an hour, including ChristianaCare, Walmart,  Amazon  and Target.

SB 15 is slated to be heard in the Senate Labor Committee on March 17.