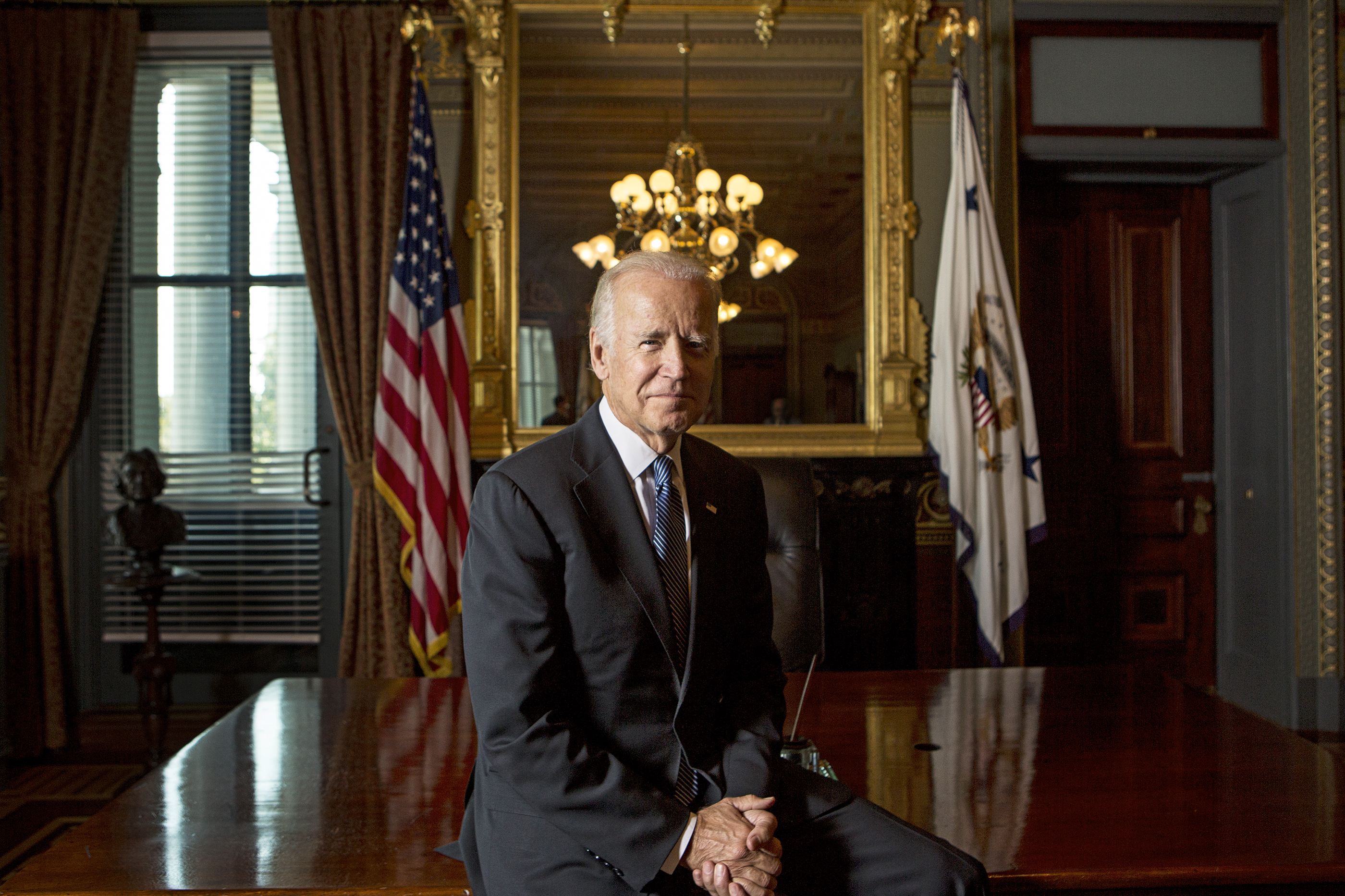 Key finding: Trump’s approval rate is now a dismal 36% to 60% — a 6 point drop in his job approval compared to last month.

Said pollster Tim Malloy: “Yes, there’s still 16 weeks until Election Day, but this is a very unpleasant real time look at what the future could be for President Trump. There is no upside, no silver lining, no encouraging trend hidden somewhere in this survey for the president.”

Though Joe Biden’s 15-point national lead in the new Quinnipiac poll is the headline, the survey joins other recent polls from Pew Research, CNN and the New York Times in showing Biden with an unprecedented lead among college-educated white voters. The Quinnipiac poll shows Biden’s with an astonishing 33-point lead over Trump among this demographic group, 64% to 31%.

If you’re a down-ballot Republican facing a suburban electorate this fall, it’s an absolute nightmare to have Trump at the top of the ticket.

Said pollster Peter Hart: “President Trump has hit the trifecta in the misery market. The three key indicators—job rating, personal feelings, attitudes on re-election—are all deeply submerged underwater. They represent the best measure of the standing and political strength of an incumbent president.”

Key takeaway: “Biden is doing especially well in ten counties where the vote margins were closest in the 2016 presidential election. The Democrat currently holds a 54% to 35% lead among registered voters in these swing counties.”

Said pollster Patrick Murray: “Even taking into account any polling error from four years ago, Biden is clearly doing well in swing areas. The Democrat has roots in this region which may be helping him, but there seems to be an overall erosion of support for Trump compared to 2016.”

Further, the poll provides more evidence that President Trump’s attempt to whip up his base voters is actually alienating many more voters outside his base.

It’s impossible to see how Trump’s strategy of using divisive cultural issues — such as defending Confederate symbols and being openly racist — is going to close these margins.

Turnout for the Alabama GOP Senate runoff  was abysmal, and one Republican strategist told the New York Times you can’t just blame it on the coronavirus.

Said Angi Stalnaker: “The story here is that Trump cannot turn out votes in the reddest state in the country. That should worry him.”

Michael Tesler: “First, while Biden voters may not be all that excited about voting for Biden, they’re very enthusiastic about voting against Trump. And that gives Biden a pretty strong edge, because Trump supporters don’t despise Biden the way they despised Hillary Clinton in 2016. In fact, according to survey data from the Democracy Fund + UCLA Nationscape project, the share of Trump voters who rate Biden unfavorably is consistently much lower than the share of Biden voters who rate Trump negatively — nearly 30 percentage points lower as of the last survey conducted at the end of June.”

“Second, because Trump voters don’t dislike Biden as much as Biden voters dislike Trump, Biden actually has an advantage in net enthusiasm (calculated as the difference between a candidate’s ‘very favorable’ and ‘very unfavorable’ rating). The gap on this metric has widened between the two in the past month, too.”

Trump campaign lawyer Jenna Ellis, who has criticized voting-by-mail and warned without evidence that it could lead to election fraud, previously voted by mail at least three times, CNN reports.

“President Trump’s harsh rhetoric against mail-in voting is causing a big problem for Florida Republicans, who once dominated the practice here,” Politico reports.

“So the state GOP came up with a solution: They doctored one of Trump’s tweets on the issue to remove the stigma.”

“In a mass-solicitation designed to boost flagging interest in registering to vote by mail, the Republican Party of Florida featured a Trump tweet from June 28 that praised absentee ballots but that had his opposition to mail-in voting strategically edited out.”

Democrats have spent six times as much money on television ads in Michigan, Pennsylvania and Wisconsin so far in 2020 than they did at the same point four years ago, McClatchy reports.

He also notes the record level of racial and gender polarization in the electorate. Women now overwhelmingly support Democratic candidates, while Republicans have become an even whiter party in the Trump era.

These trends have only accelerated throughout Trump’s presidency.

A decade ago, the most reliable predictor of a voter’s partisan leanings was whether they went to church each week. Today, education level is an even better predictor of which party they support.

As the electorate continues to split on race, gender and education, expect even the culture wars to ramp up in the coming years.

The Navigator tracking poll finds President Trump’s job approval rating has hit a new low in the history of the poll, 39% to 59%. For comparison, the FiveThirtyEight polling average shows Trump’s approval at 40% to 55%.

A new Trump campaign ad declares, “You won’t be safe in Joe Biden’s America.” However, what’s striking is the ad uses the present tense and shows video of protests and violence happening right now — during Donald Trump’s America.

“Rep. Steve Watkins (R-KS) was charged Tuesday with three felonies and a misdemeanor related to an investigation into whether he illegally voted in a 2019 municipal election,” the Kansas City Star reports.

“The felony charges are interference with law enforcement by providing false information, voting without being qualified and unlawful advance voting. Watkins also faces a misdemeanor charge for failing to the notify the DMV of his change of address.”

Politico: “In the days after President Trump’s poorly attended rally in Tulsa, Okla., senior campaign aides repeatedly assured their optics-obsessed boss it was a one-off debacle. They demoted a longtime staffer who had managed logistics for the failed campaign comeback. They went to work locating the perfect site for a do-over MAGA rally large enough to quell suggestions of declining enthusiasm among Trump’s base. And they quickly settled on New Hampshire, the state that jump-started Trump’s political movement four years ago and managed to dodge the brunt of Covid-19 during its rapid spread across the Northeast this spring.”

“Then it all fell apart with a Friday afternoon phone call from campaign manager Brad Parscale. The abrupt cancellation of the airport-hangar event — which the Trump team blamed on an incoming tropical storm that never materialized, but three officials privately attributed to concerns about attendance — underscored the recurring challenge Trump aides face: Recreate the president’s marquee campaign rallies amid a once-in-a-century health crisis without upsetting a boss who views crowd size as a leading metric for evaluating his campaign’s success.”

“It also raised questions about the fate of down-ballot Republicans if the coattail effect — an incumbent president’s ability to attract votes for other candidates in his party — is no longer guaranteed.”

“Republican strategists are warning that President Trump’s push to reopen schools will flop with critical suburban voters unless the coronavirus is put in check and confidence in his pandemic leadership revives,” the Washington Examiner reports.

“The private emails of Democrats were stolen and published, which prosecutors have said was an illegal intervention into the U.S. political system by foreign operatives.”

“The two crimes were undertaken to help Donald Trump’s campaign in 2016. They led to the indictment or conviction of 13 men, including Trump’s personal attorney. But for nearly four years, Trump has bullied, browbeaten and litigated his way out of efforts to pin down whether he had involvement in or knowledge of the illicit actions that were undertaken to help his presidential campaign.”