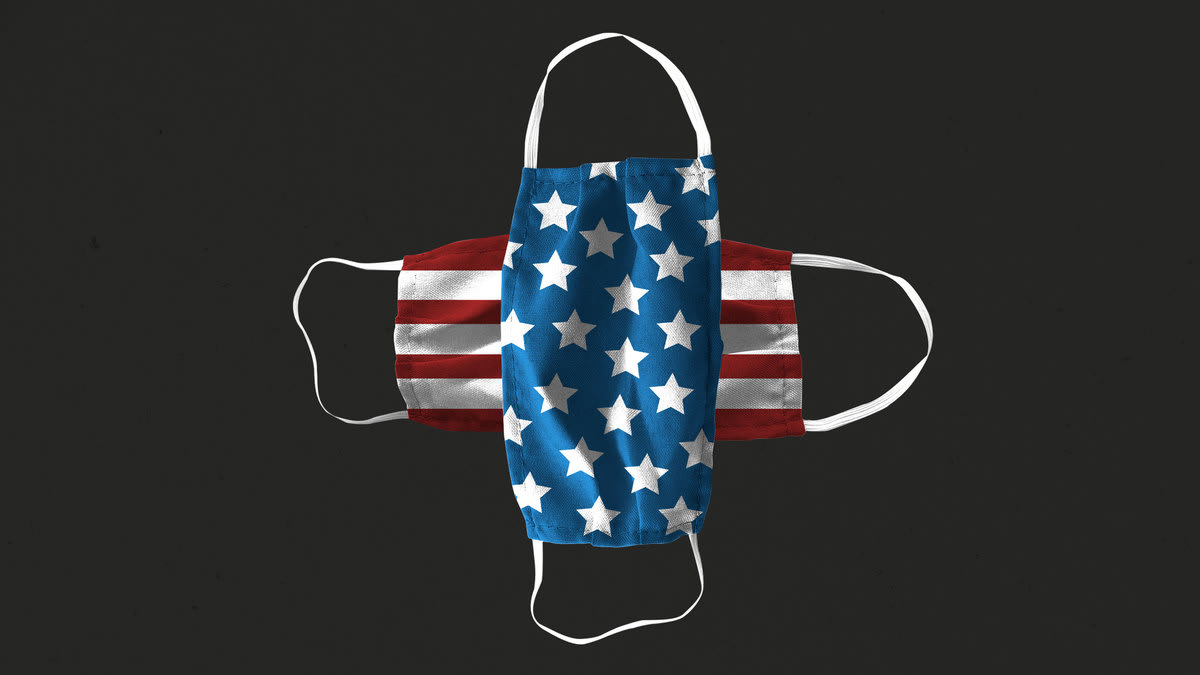 Harry Enten: “It’s pretty clear looking at the data that Texas is a swing state in the 2020 election. The 2020 campaign could be the first time Democrats captured the Lone Star State in a presidential election since 1976.”

CBS News Poll: “The coronavirus outbreak is reshaping the presidential race in three key Sun Belt states. Joe Biden is now leading President Trump by six points in Florida, and the two are tied in Arizona and competitive in Texas, where Biden is down by just a point to Mr. Trump.”

“Biden has made gains in part because most say their state’s efforts to contain the virus are going badly — and the more concerned voters are about risks from the outbreak, the more likely they are to support Biden.”

Associated Press: “A long-expected upturn in U.S. coronavirus deaths has begun, driven by fatalities in states in the South and West, according to data on the pandemic. The number of deaths per day from the virus had been falling for months, and even remained down as states like Florida and Texas saw explosions in cases and hospitalizations — and reported daily U.S. infections broke records several times in recent days.”

“Scientists warned it wouldn’t last. A coronavirus death, when it occurs, typically comes several weeks after a person is first infected. And experts predicted states that saw increases in cases and hospitalizations would, at some point, see deaths rise too. Now that’s happening.”

Florida reported another record-breaking number of coronavirus cases over the last 24 hours, logging 15,300 new positive cases. The Washington Post reports it’s the most by any state in a single day since the pandemic reached the United States.

Florida is set to hold the Republican National Convention in Jacksonville next month and has ordered schools to reopen five days a week.

Rep. Glenn Grothman (R-WI) suffered a coughing fit from the stage of the mask-optional Wisconsin GOP convention Saturday to the nervous laughter of the largely maskless audience, the HuffPost reports.

“President Trump’s management of this summer’s crises has triggered what Democrats detect as a tectonic shift in the political landscape, with party leaders suddenly bullish about not only taking back the White House but also wresting control of the Senate, as well as expanding their House majority,” the Washington Post reports.

“Trump’s incumbent advantages have steadily eroded since the spring, with the president now trailing presumptive Democratic nominee Joe Biden in virtually every public poll nationally and in battleground states, as well as lagging behind the former vice president in fundraising for May and June.”

“Trump and his advisers insist that their campaign’s internal data show the race as more competitive — ‘In the real polls, we are doing very well,’ the president claimed Friday — and that he can gain momentum in the weeks ahead with a disciplined message and a brutal, sustained assault on Biden’s character, ideology and mental acuity.”

Louisiana Gov. John Bel Edwards (D) issued an executive order requiring all people ages 8 and older to wear face coverings in public to curb the spread of the coronavirus, according to the Baton Rouge Advocate.

Louisiana is now the 25th state to issue some form of a mask mandate.

Washington Post: “Groups such as the Lincoln Project and Republican Voters Against Trump emphasize guerrilla tactics and scathing ads as they troll the president. The movement seeks to build a national political operation to oust both the president and his supporters in Congress, with a particular emphasis on convincing white suburban voters who consider themselves true Republicans to break from the president, according to interviews with more than a dozen anti-Trump advisers and allies who are involved in the planning, some of whom requested anonymity to describe private discussions.”

“As the campaign unfolds, the movement’s influence will be tested, however, as many Republicans rally around the embattled president and as former vice president Joe Biden, the presumptive Democratic nominee, becomes a more high-profile target of GOP attacks.”

“A Friday memo from the group obtained by The Washington Post argues that ‘Arizona and Colorado are off the board for Republicans’ and says South Carolina, Kansas, and even Alabama could be in play.”

“The work of the special counsel’s office — its report, indictments, guilty pleas and convictions — should speak for itself. But I feel compelled to respond both to broad claims that our investigation was illegitimate and our motives were improper, and to specific claims that Roger Stone was a victim of our office.”

“The Russia investigation was of paramount importance. Stone was prosecuted and convicted because he committed federal crimes. He remains a convicted felon, and rightly so.”

Former Attorney General Jeff Sessions hit back at President Trump after the president endorsed his rival in the Alabama Senate runoff just days before the contest.

Said Sessions: “I’ve taken the road less travelled. Not sought fame or fortune. My honor and integrity are far more important than these juvenile insults. Your scandal ridden candidate is too cowardly to debate. As you know, Alabama does not take orders from Washington.”

Michael Cohen was returned to prison because he declined “to sign a home confinement contract that required him to promise he wouldn’t speak to any journalists, use social media or publish a tell-all book about Trump for the duration of his sentence,” the New York Daily News reports.

Politico: “Tammy Duckworth is no longer an afterthought in the Democratic veepstakes.”

“The Illinois senator and Purple Heart recipient has landed squarely in the conversation after a high-profile clash with Tucker Carlson last week and her advocacy against politicization of the military in the weeks prior.”

“The attention hasn’t escaped Biden’s vetting team. It has stepped up information-gathering on Duckworth recently, scrutinizing her legislative record and talking to her colleagues.”

“After months of insisting that the Republican National Convention go off as scheduled despite the pandemic, President Donald Trump is slowly coming to accept that the late August event will not be the four-night infomercial for his reelection that he had anticipated,” the AP reports.

“After a venue change, spiking coronavirus cases and a sharp recession, Trump aides and allies are increasingly questioning whether it’s worth the trouble, and some are advocating that the convention be scrapped altogether. Conventions are meant to lay out a candidate’s vision for the coming four years, not spark months of intrigue over the health and safety of attendees, they have argued.”

“Ultimately, the decision on whether to move forward will be Trump’s alone.”

The Lincoln Project, a group of anti-Trump Republicans that has produced a number of the election cycle’s most effective political attack ads, tells the Washington Post that it has raised $16.8 million this quarter.