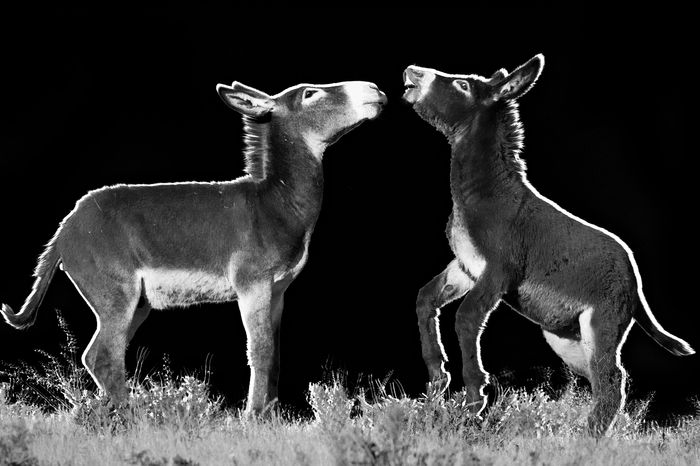 A new Public Policy Polling survey in Montana finds Steve Bullock (D) leading Sen. Steve Daines (R) in the U.S. Senate race, 46% to 44%. Bullock is the most popular politician in the state with a 50% to 38% approval.

In the presidential race, Donald Trump leads Joe Biden, 51% to 42%.

“President Trump has built a network of loyal political operatives from key battleground states who he can call at a moment’s notice to get a better handle on his re-election chances, an unusual arrangement that lets him circumvent senior White House adviser Jared Kushner,” Business Insiderreports.

“Trump has increasingly been talking directly with the senior advisers with expertise in states critical if he’s going to win a second term in November, including Pennsylvania, Ohio, Florida and New Hampshire.”

“Atlanta Mayor Keisha Lance Bottoms’ impassioned plea for calm as her city descended into “chaos” last month has helped catapult her onto Joe Biden’s list of possible running mates – a seamless, rapid, and for some, unexpected ascent to the national stage,” ABC News reports.

“Bottoms’ reputation locally has been shaped in part by close political ties to her predecessor, Kasim Reed, who left office in 2018 under the shadow of a federal corruption investigation. That relationship helped propel Bottoms to city hall in 2017, according to several current and former city office-holders, but many of those officials now say it could also jeopardize her bid to join Biden on the Democratic ticket.”

Hill’s defeat came after the Indiana Supreme Court suspended his law license for 30 days over allegations, which Hill has denied, that he groped four women in March 2018 at a legislative party.

By the time the Trump campaign announced that a planned New Hampshire rally “was off, citing ‘safety concerns’ over a tropical storm barreling toward the Northeast on Friday afternoon, people close to the campaign said fears over low turnout also motivated the decision to scrap the event,” NBC News reports.

“The Texas Supreme Court on Monday rejected the state Republican Party’s appeal of a lower court’s decision regarding its in-person Houston convention, all but ensuring that Mayor Sylvester Turner’s move to cancel the event will stand,” the Houston Chronicle reports.

The Atlantic: “Now, much to Bass’s—and pretty much everyone else’s—surprise, Biden’s team is taking her seriously as a potential vice-presidential running mate… He’s the leader of the party now. Will he decide its future by anointing a successor, or pick someone, like Bass, who’s less likely to run for president?”

“Bass came up as a community organizer in Los Angeles and worked as a physician assistant in emergency rooms during the AIDS crisis. She was at the infamous intersection of Florence and Normandie as the sun set in 1992 during the Watts riots, and almost got hit by bricks. For the past month, she’s been shepherding a policing-reform bill through the House without losing a single progressive or moderate vote.”

Roger Stone told Axios that he plans to write and speak for President Trump’s re-election now that Stone “won’t die in a squalid hellhole of corona-19 virus.”

Said Stone: “First, I’m going to write a book about this entire ordeal to, once and for all, put to bed the myth of Russian collusion.”

He added: “It’ll be a very tough fight. He’s got three obstacles: voter fraud… internet censorship, which I have just recently experienced myself; and, of course, the constant falsehoods being pushed by the corporate-owned mainstream media. Those all make it a difficult race. But he is a great campaigner. He’s a great communicator.”

Barbara McQuade: Why Trump commuted Stone’s sentence instead of pardoning him.

“The RNC and President Trump’s campaign say they have now hired 1,500 field staffers, aiming to convert their financial advantage over Democrats into votes in November,” the AP reports.

“Trump Victory, the joint field effort of the two organizations, announced Monday the hiring of an additional 300 staffers set to hit 20 target states by Wednesday in the largest field operation ever mounted by a Republican.”

Chuck Rocha, a former senior adviser to Bernie Sanders’ failed presidential bid, “has a forthcoming book detailing the campaign’s strategy to win over Latino voters — and his own excruciating decision to turn down an offer to run the campaign,” Politico reports.

Writes Rocha: “I wrote this so there would be a road map for any politician or political organization to know how to reach out to our community and prove once and for all that if you invest in our community we will vote. I never, ever wanted to hear Latinos don’t vote again after reading this book.”

Politico: “Last month, the National Republican Senatorial Committee prepared a slideshow for Senate chiefs of staff full of bleak numbers about the party’s failure to compete with Democrats on digital fundraising. For anyone not getting the message, the final slide hammered home the possible end result: a freight train bearing down on a man standing on the tracks.”

“The slideshow painted a grim picture of the GOP’s long-running problem. Republican senators and challengers lagged behind Democrats by a collective $30 million in the first quarter of 2020, a deficit stemming from Democrats’ superior online fundraising machine. Since then, Democrats’ fundraising pace accelerated further, with the party’s challengers announcing huge second-quarter hauls last week, largely driven by online donors giving through ActBlue, the party’s preferred fundraising platform.”

0 comments on “The Campaign Report – Nebraska!”