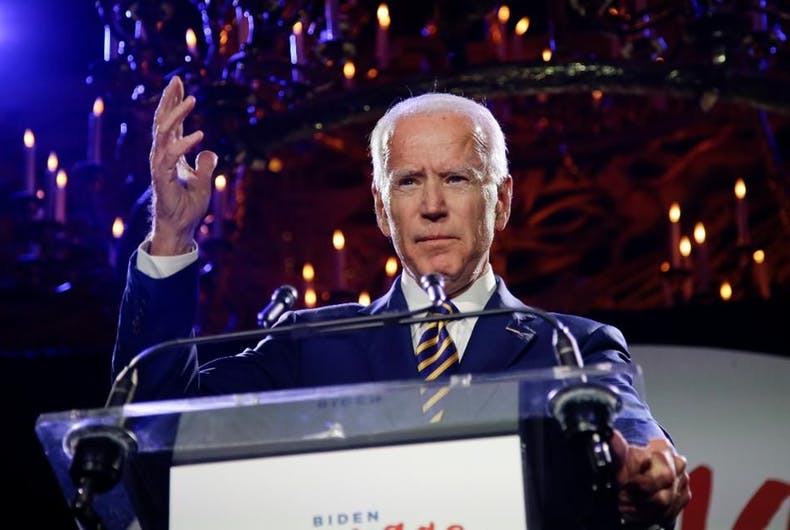 A new SurveyMonkey poll finds that fully 49 of 50 governors have significantly higher approval ratings for their coronavirus responses than President Trump does in recent polls.

The one governor on Trump’s level is Georgia Gov. Brian Kemp (R), whose efforts to reopen his state have proved controversial.

Gallup: “For a second consecutive month, Congress’ job approval rating remains elevated, at 31%. Congress last had an approval rating of 31% or better in early September 2009, during President Barack Obama’s first year in office, when he worked with Democratic majorities in Congress.”

Michigan Secretary of State Jocelyn Benson (D) will mail all of Michigan’s 7.7 million voters an absentee voter application for the August and November elections, the Detroit News reports.

The Detroit Free Press says the move is likely to anger some Republicans and potentially lead to a court battle.

New York Times: “The goal is not to rack up the most electoral votes but to find the path of least resistance.”

“Yet there are emerging signs that Joe Biden is exploring an expanded map, with several more possible paths to victory, than either of the most recent Democratic nominees.”

Peter Hamby, writing for Vanity Fair: “To state the obvious: Of course Biden is losing the internet. Bernie Sanders, Pete Buttigieg, Elizabeth Warren, Beto O’Rourke, Andrew Yang, and Kamala Harris would all be losing the internet to Trump too, especially in the fog of a global crisis. Trump is an incumbent president who has been building a reelection campaign for almost four years. His strengths, online and off, flow from the political asymmetry he’s created for himself. Trump has little interest in the facts or decorum to which most Democrats and members of the press are still bound.”

“With his signature campaign rallies on hold, the centerpiece of his re-election strategy, President Trump and his administration have predominantly targeted traveling to battleground states amid the coronavirus, raising concerns from critics who say the president is campaigning on taxpayers’ dime,” ABC News reports.

RNC chairwoman Ronna McDaniel said that the party “will not be holding a virtual convention,” pledging that the presidential nominating convention in late August will be conducted at least partly in-person, the AP reports.

New York Times: “Six months before a presidential election in which turnout could matter more than persuasion, the Republican Party, the Trump campaign and conservative activists are mounting an aggressive national effort to shape who gets to vote in November — and whose ballots are counted.”

“The Republican program, which has gained steam in recent weeks, envisions recruiting up to 50,000 volunteers in 15 key states to monitor polling places and challenge ballots and voters deemed suspicious. That is part of a $20 million plan that also allots millions to challenge lawsuits by Democrats and voting-rights advocates seeking to loosen state restrictions on balloting. The party and its allies also intend to use advertising, the internet and President Trump’s command of the airwaves to cast Democrats as agents of election theft.”

New York Times: “At a meeting with political advisers this week that included Karl Rove, the top strategist for former President George W. Bush, Mr. Rove warned Mr. Trump that he had fallen behind in the task of damaging Mr. Biden.”

1 comment on “The Campaign Report – Biden leads in Arizona”