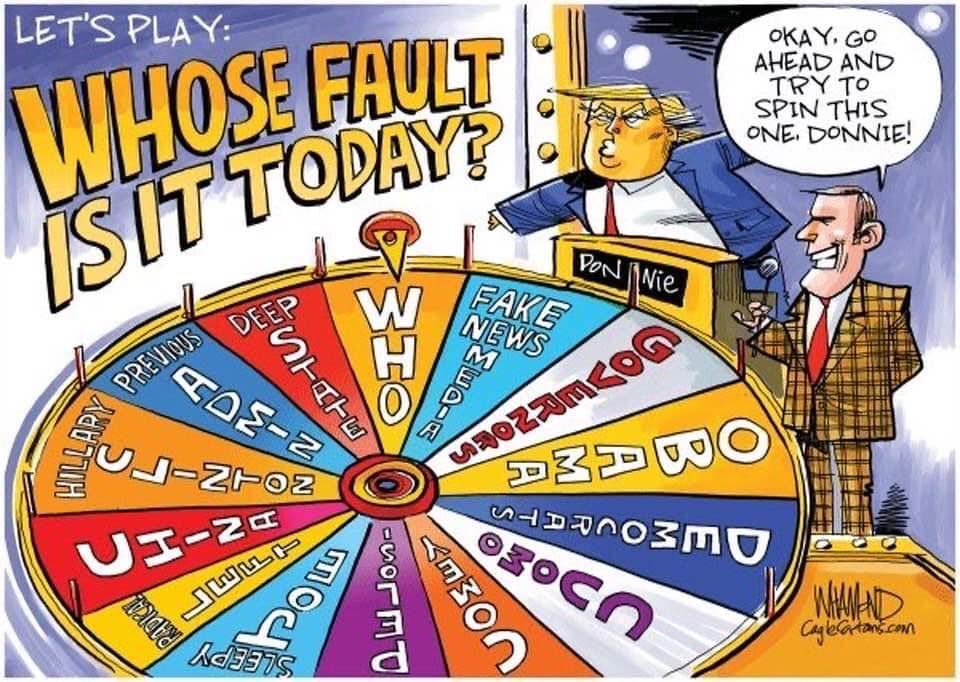 Said House Foreign Affairs Committee Chairman Eliot Engel (D-NY) to CNN: “I have learned that there may be another reason for Mr. Linick’s firing. His office was investigating—at my request—Trump’s phony declaration of an emergency so he could send weapons to Saudi Arabia. We don’t have the full picture yet, but it’s troubling that Secretary Pompeo wanted Mr. Linick pushed out before this work could be completed.”

Secretary of State Mike Pompeo told the Washington Post that the fired inspector general “wasn’t performing a function in a way that we had tried to get him to” and was “trying to undermine what it was that we were trying to do.”

“The State Department inspector general fired by President Trump last week was [also] investigating whether Secretary of State Mike Pompeo made a staffer perform a variety of personal errands, including walking his dog and picking up dry cleaning,” CNN reports. “The revelation will likely add new scrutiny to Trump’s dismissal of Steve Linick on Friday evening.”

President Trump said that he has been taking hydroxychloroquine for several weeks even though there’s no scientific evidence that it works to prevent the coronavirus, CNBC reports.

Trump said he consulted with the White House doctor:  “I asked him what do you think. He said, ‘Well if you’d like it.’ I said, ‘Yeah I’d like it. I’d like to take it.’”

If Trump is taking the unproven drug, the FDA issued a warning last month that it should only be taken in hospitals because of the risk of heart complications.

CNN: “Trump headed into the weekend appearing convinced his predecessor committed a crime worthy of investigation — despite being unable to name the crime or provide any evidence for it. By Sunday, he emerged prepared to wage wholesale political war with the last person who held his office.”

“As he huddled in the mountainside retreat’s rustic cabins with a roster of Republican lawmakers — many of whom forged national profiles defending Trump during his impeachment proceedings — Trump discussed ways to advance the baseless conspiracy about the former president.”

“Attorney General William Barr said that he did not expect the prosecutor he handpicked to review the 2016 FBI investigation into President Trump’s campaign would investigate former president Barack Obama or former vice president Joe Biden — an assertion that is likely to dismay Trump and his conservative allies,” the Washington Post reports.

Health and Human Services Secretary Alex Azar lashed out against Peter Navarro on Fox News after the White House trade adviser criticized the CDC for its handling of the pandemic. Azar said Navarro’s remarks were “inaccurate and inappropriate.”

“Azar suggested Sunday that underlying health conditions, including among minorities, were one reason for the high American death toll — nearly 90,000 as of Sunday evening. And Trump trade adviser Peter Navarro added the government’s own Centers for Disease Control and Prevention to its list of scapegoats alongside China and the Obama administration.”

“The White House has been escalating its effort to recast the narrative of its own chaotic response to the crisis as it aggressively pushes to reopen the country, a process vital to the fortunes of millions of people who have lost their jobs in lockdowns and its own political prospects in November.”

Meanwhile, to prove the incompetence of the Trump Administration, the Washington Post reports that “a $500 billion Treasury Department fund created by the Cares Act in March to help stabilize the economy has lent barely any money.”

Margaret Sullivan: “As you may recall, the news media — from Fox News to the New York Times and plenty of others across the political spectrum — managed to make the relative molehill of Hillary Clinton’s dicey email practices into a daily obsession, roughly equal to the mountain of Donald Trump’s financial and personal transgressions.”

“Well, don’t look now but this is happening again before our eyes. Its name this time is ‘Obamagate.’ That’s a moniker that, in President Trump’s outraged tweets, is rendered in all capital letters, but let’s not.”

“This vaporous, apparently made-up offense, according to Trump, is the political crime of the century — and, heck, last century too, since he claims that it makes the 1970s Watergate scandal look like child’s play.”

“McGeachin has defied Little and his administration throughout the pandemic. She left the Legislature’s 2020 session early — the lieutenant governor presides over the Senate — to attend to her family business, a restaurant and pub in Idaho Falls. She has attended or supported rallies opposing Little’s stay-home order and has been urging him to let businesses re-open. She defied his state order earlier this month to attend an event at a North Idaho brewery that re-opened despite Little’s order.”

“This week she wrote a guest opinion challenging Little’s decisions.”

Sen. Ben Sasse (R-NE), in an online high school commencement address, “delivered a talk that was part attempted stand-up comedy, including shots at psychologists and students’ fitness, and part a scalding indictment of China over the coronavirus pandemic,” the Omaha World Heraldreports.

“An unshaven Sasse, wearing a loosened red tie and white shirt, told students they would be rare among high school graduates in that they would remember their commencement ceremony because of this year’s odd circumstances.”

A school board member called on Sasse to apologize.

Elizabeth Spiers: “If you’ve ever been to an open mic standup comedy show where there’s one guy who’s so bad the whole room goes completely silent and starts scanning for exits because the vicarious embarrassment is too much — and you want to re-live that — here’s Ben Sasse to oblige.”

Politico: “Trump’s own top staffers are increasingly working from home. The White House has started to schedule more meetings by teleconference after two staffers tested positive for Covid-19, including one of the president’s military valets. Aides are now required to wear face masks around the White House, and in-person meetings, if they occur at all, are held in the largest conference rooms possible. Even the White House mess, where staffers grab lunch and coffee, has shut down and is open only through the take-out window.”

“The most prominent office in America — with all of the testing, resources and doctors it needs — is still struggling to keep its employees and leaders safe, even as more than a dozen states reopen businesses, restaurants, parks and beaches.”

“Federal Reserve Chair Jerome Powell on Sunday warned that the nation’s unemployment rate could soar to 25 percent during the worst of the coronavirus crisis, though he said the economy should recover more quickly than during the Great Depression, when joblessness last reached those levels,” CBS News reports.

The Guardian: “Cellphone location data suggests that demonstrators at anti-lockdown protests – some of which have been connected with Covid-19 cases – are often traveling hundreds of miles to events, returning to all parts of their states, and even crossing into neighboring ones.”

“The data raises the prospect that the protests will play a role in spreading the coronavirus epidemic to areas which have, so far, experienced relatively few infections.”

A disturbing sign with the words “Hang Fauci” appeared in a news report about coronavirus lockdown protesters whom President Trump hailed on Saturday as “great people,” the HuffPost reports.

“China still faces the ‘big challenge’ of a potential second wave of Covid-19 infections, the country’s top respiratory authority has warned, with the lack of immunity among the community a serious concern as the race to develop a vaccine continues,” CNN reports.

“Dr. Zhong Nanshan, the Chinese government’s senior medical adviser and the public face of the country’s fight against Covid-19, also confirmed that local authorities in Wuhan, the city where the novel coronavirus was first reported in December, had suppressed key details about the magnitude of the initial outbreak.”

“The Saudi military trainee who killed three U.S. sailors and wounded several others in a terror attack last year on a military base in Pensacola, Florida, was in touch with a suspected al Qaeda operative,” CNN reports.

“U.S. investigators uncovered the al Qaeda connection after the FBI broke through the encryption protecting the Saudi attacker’s iPhones.”

“President Trump is leaning toward preserving his total funding cut for the World Health Organization after being on the brink of announcing he’d restore partial funding,” Axios reports.

“Trump spent his weekend at Camp David with some of his closest Republican allies in the House of Representatives. A source familiar with the private discussions said that House members at Camp David pressed Trump ‘to not give a dime to WHO.’”