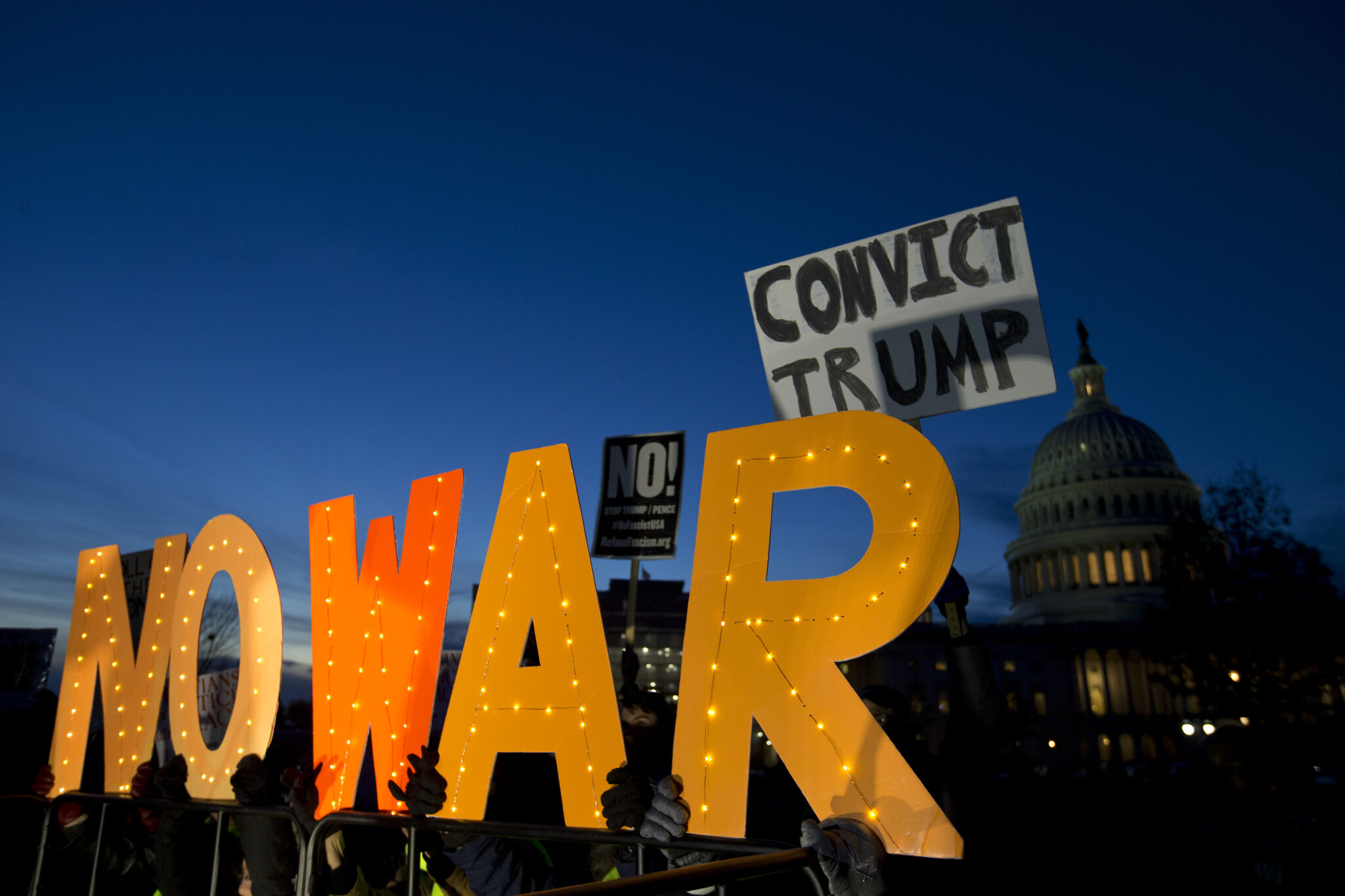 “The House voted on Thursday to force President Trump to go to Congress for authorization before taking further military action against Iran, in a sharp rebuke of his decision to ratchet up hostilities with Tehran without the explicit approval of the legislative branch,” the New York Times reports.

“The vote was 224 to 194, almost entirely along party lines, to curtail Mr. Trump’s war-making power. It followed a bitterly partisan debate in which Democrats insisted that the president must involve Congress in any escalation against Iran, and Republicans — following Mr. Trump’s lead — accused Democrats of coddling the enemy by questioning the commander in chief at a dangerous moment.”

“No. I’m not holding them indefinitely. I’ll send them over when I’m ready. That will probably be soon.”

— Speaker Nancy Pelosi, at a press briefing, on if she’ll hold the articles of impeachment indefinitely.

Pelosi also told reporters she wanted to go to the San Francisco 49ers game this weekend, but suggested she might not have time. Said Pelosi: “I have responsibilities to save our country from peril this weekend.”

U.S. intelligence officials are confident a Ukrainian jetliner was shot down by Iran in the hours after the Iranian missile attack on U.S. targets in Iraq, CBS News reports. The current thinking is the plane was mistakenly targeted.

“Senate Majority Leader Mitch McConnell told Republican senators that he expects Speaker Nancy Pelosi to transmit to the articles of impeachment to the Senate as soon as Friday, setting up an impeachment trial that begins early next week,” Politico reports.

“While senators and aides cautioned that McConnell does not have inside intelligence, the remarks serve as key scheduling advice for senators.”

Meanwhile, “McConnell has signed onto a resolution by Sen. Josh Hawley (R-MO) seeking to change the rules of the Senate to dismiss articles of impeachment if they are not transmitted within 25 days of their approval — in this case, January 12,” Axios reports. “The constitutionality of such a move is not clear.” LOL. As with most things Republicans do.

The Hill: “Changing the rules would either require a two-thirds vote or for Republicans to deploy the ‘nuclear’ option.”

Andrew McCabe: “Iran’s measured response to the general’s killing has many people believing the worst of this crisis has passed. Should we be relieved? By limiting its response to U.S. military targets, Iran sent a powerful message to its own people that Soleimani’s killing would not go unavenged. Tehran managed to accomplish this without escalating a military conflict with the United States.”

“However, U.S. intelligence and law enforcement officials would be well-advised to remember that Iran’s most provocative actions have often been asymmetric attacks conducted through proxy forces and terrorist elements. It is those deniable, civilian-focused attacks we should be looking for as this situation unfolds. As a counterterrorism leader for the FBI, it was my job to figure out how events abroad would impact us here. And I am afraid the saga of Soleimani is far from over.”

“A Justice Department inquiry launched more than two years ago to mollify conservatives clamoring for more investigations of Hillary Clinton has effectively ended with no tangible results, and current and former law enforcement officials said they never expected the effort to produce much of anything,” the Washington Post reports.

So once again, the 9,000,000th investigation of Hillary Clinton turns up nothing. Her critics and opponents can forever rot in Hell.

Jonathan Last: “In a politically-successful presidency, the reelect is the period of maximum leverage for ambitious politicians who are close to the president. Because very few presidents have good second terms, the reelection is when people close to a popular president will use his power to slingshot themselves forward to create their own electoral bases of support.”

“That’s not happening right now. Instead, we have the opposite. Ambitious pols close to Trump are passing on races that should be winnable and rank-and-file Republicans are retiring.”

“This is not what it looks like when a successful president is closing in on a high-probability reelection campaign. It’s the opposite.”

The U.K.’s House of Commons voted 330-231 in favor of the European Union withdrawal agreement negotiated by Prime Minister Boris Johnson, Axios reports. The bill must still be passed by the House of Lords, but the Commons’ approval essentially ensures that Brexit will happen on January 31.

“Secretary of State Mike Pompeo was a driving force behind President Trump’s decision to kill a top Iranian general, a high-stakes move that demonstrates Pompeo’s status as the most influential national security official in the Trump administration,” CNN reports.

“According to multiple sources close to Pompeo, the secretary of state has believed throughout his career that Iran is at the root of all the Middle East’s problems and has focused on Soleimani, Iran’s ‘shadow commander,’ as the mastermind behind the country’s state sponsored terrorism throughout the region.”

House Intelligence Chairman Adam Schiff told CNN that his committee has no plans to hear testimony from former national security adviser John Bolton before President Trump’s impeachment trial in the Senate, arguing there’s “little to be gained” by going that route at this moment.

Financial Times: “Concerns are building in both Taipei and in the U.S. — the unofficial guarantor of the island’s security — that China could be moving closer to launching the attack which it has been threatening for 70 years.”

Vice President Mike Pence told NBC News that the intelligence justifying the killing of Iranian Gen. Qassem Soleimani was “too sensitive” to share with Congress.

Said Pence: “Some of the most compelling evidence that Qasem Soleimani was preparing an imminent attack against American forces and American personnel also represents some of the most sensitive intelligence that we have. It could compromise those sources and methods.”

Molly Ball: “What is most striking about this moment in Pelosi’s career is that at the peak of power, she is not protecting her position but rather using it in aggressive, even risky ways. Impeaching Trump is a gamble for Pelosi. It has intensified Republicans’ fealty to the President, rallying his base and supercharging his campaign fundraising, potentially increasing his re-election chances. The polarizing effort could jeopardize Democrats who hold seats in Trump territory, and thereby endanger Pelosi’s House majority. With impeachment, Pelosi is betting her own place in history.”

Donald Trump Jr and Ivanka Trump took part in a fraudulent scheme to sell units in a luxury New York condominium-hotel and “knew they were lying”, according to American Oligarchs: The Kushners, The Trumps And The Marriage Of Money And Power, a new book that explores how President Trump built his business empire, The Guardian reports.

“Questions have long surrounded a criminal investigation into the Trump family’s dealings around the Trump SoHo that was dropped in 2011. Public disclosure of email correspondence revealed that Don Jr and Ivanka knowingly used figures that exaggerated how well the condos were selling in a ploy to lure more buyers.”