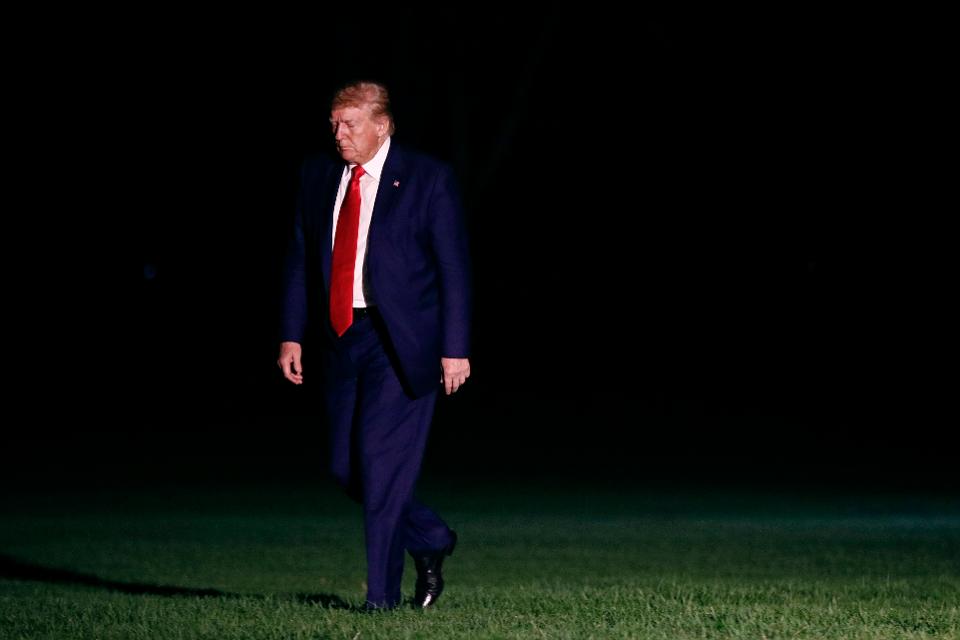 House investigators released a transcript of the closed-door testimony of William Taylor, the acting ambassador to Ukraine, the Washington Postreports.

Taylor testified there was a clear quid pro quo between the Trump administration releasing funding to Ukraine, and Ukraine investigating Joe Biden and his son, Hunter.

From the testimony of Ukraine envoy William Taylor to House impeachment investigators:

A: That was my clear understanding, security assistance money would not come until the President [of Ukraine] committed to pursue the investigation.

Q: So if they don’t do this, they are not going to get that was your understanding?

Q: Are you aware that quid pro quo literally means this for that?

On Wednesday, Nov. 13, 2019, the committee will interview the top diplomat in Ukraine, Bill Taylor, and State Department official George Kent.

On Friday, Nov. 15, the committee will interview former U.S. Ambassador to Ukraine Marie Yovanovitch, who testified in private that Rudy Giuliani and his associates led a campaign to have her ousted over unsubstantiated allegations about her rhetoric toward President Trump.

“The lead impeachment inquiry lawyer for House Republicans named the alleged Trump-Ukraine whistleblower during a deposition with a key State Department witness,” the Daily Beast reports.

“Ambassador William Taylor told the lawyer that he did not know the person and had not had conversations with him. But the fact that he was asked at all underscores, what appears to be, a longstanding strategy by committee Republicans to insert his name into the public record. The name of the individual ultimately was included in the transcript of Taylor’s deposition.”

Playbook: “In the last few days, a few figures on the right have begun to out the person they believe to be the whistleblower. We’re not going to get into that. But the whistleblower, at this point, is somewhat irrelevant. The whistleblower flagged a conversation for a lawyer, and later the inspector general, after he found it troubling. Since then, pretty much everything the whistleblower said has been confirmed and expanded on.”

“The whistleblower, though, has become a symbol for the Republicans: a shadowy figure — think ‘Deep State’ — who ratted out the president. Nevermind that we are now in possession of hundreds of pages of documents confirming the outline of the whistleblower’s complaint.”

Fox News hosts and personalities have been instructed over the last several days not to identify the whistleblower whose complaint sparked an impeachment probe against President Trump, CNN reports.

“President Trump is expected to add two new aides to the White House dedicated to impeachment-related matters as the House investigation expands into public hearings,” the Wall Street Journal reports.

“Pam Bondi, a former Florida attorney general, and former Treasury Department spokesman Tony Sayegh are likely to join the West Wing on a temporary basis and will be tasked with assisting on communications and strategy and other special projects.”

Playbook: “We asked our sources this simple question: If Trump is so concerned about corruption, can you point to other places in the world where he’s withheld aid in exchange for cleaning up government, or was the Biden example unique? No one can, but people point out that he frequently has threatened to cut off aid.”

“The public witness the GOP fears: Bill Taylor is the unanimous No. 1.”

Reuters reports that a meeting between President Trump and China’s Xi Jinping to sign an interim trade deal could be delayed until December “as discussions continue over terms and venue.”

A federal judge on Wednesday voided the Trump administration’s “conscience rule” that would have allowed health-care providers to refuse to participate in abortions, sterilizations or other types of care they disagree with on religious or moral grounds, the Washington Post reports.

“Revelations that Secretary of State Mike Pompeo was unwilling to defend career State Department officials under political attack have damaged his standing within the Department and devastated morale there,” CNN reports.

Seeing his previous defenses of President Trump’s Ukraine policy wither away, Sen. Lindsey Graham (R-SC) tried a new one today. Said Graham: “It was incoherent. They seem to be incapable of forming a quid pro quo.”

The Week: “Graham generally defends Trump, but he does tend to criticize his foreign policy, so this comment serves as a win-win for the senator. He was able to blast Democrats for continuing their impeachment quest, while also expressing some dissatisfaction with Trump, who probably won’t be too happy to hear the backhanded defense.”

ProPublica: “Decisions about U.S. aid are often no longer being governed by career professionals applying a rigorous review of applicants and their capabilities. Over the last two years, political pressure, particularly from the office of Vice President Mike Pence, had seeped into aid deliberations and convinced key decision-makers that unless they fell in line, their jobs could be at stake.”

A panel of Pennsylvania voters from swing districts told CNN that they would still vote for President Trump in 2020 if he shot someone. Said one: “You’d have to know why he shot him.”

Daily Beast: “Standing beside an approving Donald Trump at a rally in Kentucky on Monday night, Republican Sen. Rand Paul demanded the media unmask the whistleblower whose report about the president’s alleged abuse of power dealing with Ukraine sparked impeachment proceedings.”

“Very quickly after Sen. Paul tweeted out an article that speculated in considerable detail about the identity of the whistleblower—with a photograph, a name, and details about the purported political history of a CIA professional—Russian state media quickly followed suit.”

Howard Kurtz: Why the media shouldn’t bow to Rand Paul on the whistleblower.

“Senate Republicans are privately debating whether they should use an impeachment trial of President Trump to scrutinize former vice president Joe Biden and his son Hunter as some Trump allies push to call them as witnesses while others dismiss the suggestion as a risky political ploy,” the Washington Post reports.

“The ongoing discussions are a revealing glimpse into the fault lines in the GOP ahead of a possible trial of Trump in the upper chamber, where there are varying appetites among Senate Republicans for the type of political combat relished by the president and his most hardcore defenders.”

“Justice Department officials are trying to release in the coming weeks a potentially explosive inspector general report about the FBI’s investigation into President Trump’s 2016 campaign,” the Washington Post reports.

“The report’s findings will mark a major public test of Attorney General William P. Barr’s credibility, given his past suggestions of significant problems with the investigative decisions made by former FBI leaders involved in the case.”

Playbook: “This was, perhaps, the most surprising to us. Conventional wisdom held that Gordon Sondland was going to be the strongest ally for Trump — a donor whose $1 million to the Trump inaugural fund should have made him a loyal figure. But Republicans are starting to turn on him. Lawmakers we spoke with called him a lackey, a chest-thumper and a rube. Of course, perhaps that’s because he turned on the president. But there is no love lost for Sondland at all.”