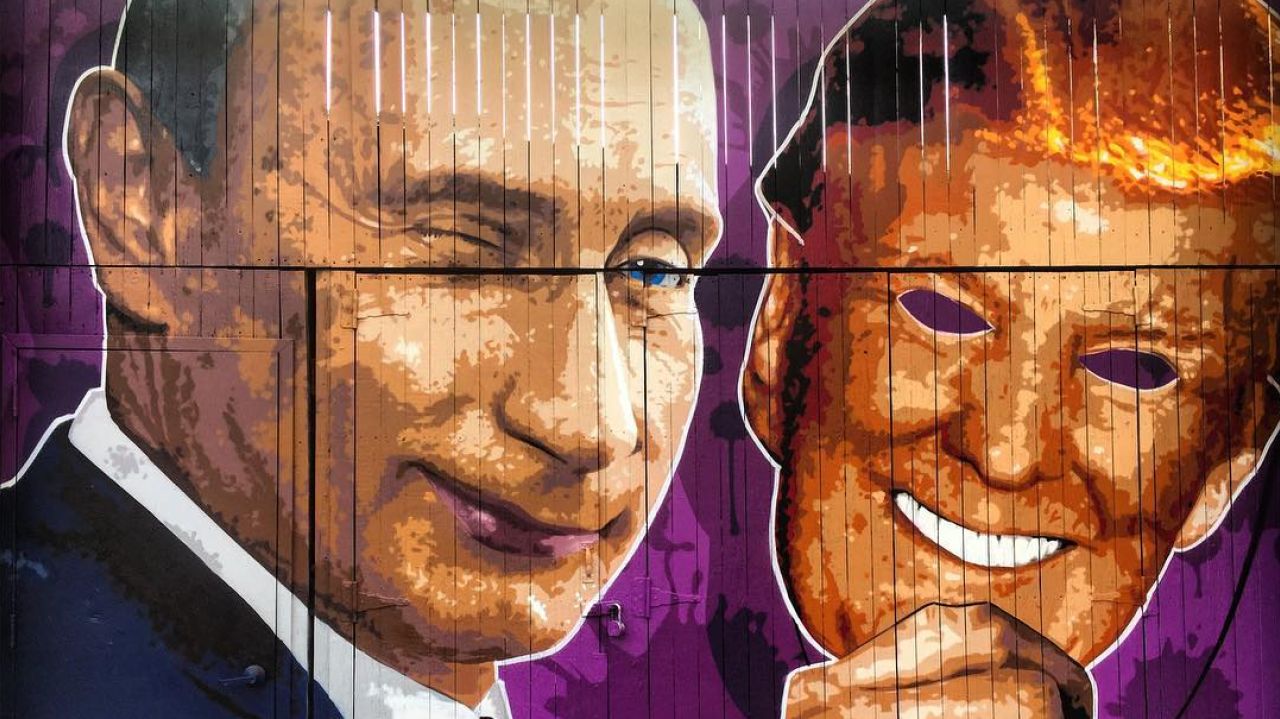 “President Trump capped days of advocacy on behalf of Russian President Vladi­mir Putin by announcing here Monday that he intends to invite the leader to the Group of Seven summit in 2020, which Trump will host in an election year amid warnings that Russia is actively trying to interfere again in the U.S. presidential election,” the Washington Post reports.

“The effort would soften Russia’s pariah status and potentially bring it back into an elite club of some of the most powerful industrialized nations that lent Putin prized international legitimacy during the 14 years he attended.”

Politico: “It was typical Trump on display on the world stage, refusing to be boxed in by anyone on anything. The president’s meandering statements and conflicting remarks left aides and allies alike guessing at his intended course of action — and his critics reviving questions about his fitness for office.”

New York Times: “Mr. Trump spent the weekend in France insisting that he was not having a debate with his fellow world leaders, but at times it seemed like he was having a debate with himself. Day by day, even hour by hour, his approach to the trade war with China, the most consequential economic conflict on the planet, veered back and forth, leaving much of the world with geopolitical whiplash.”

“A sharp and sometimes bitter disagreement broke out between President Trump and several G7 leaders over whether to allow Russia back into their club during a welcome dinner on Saturday,” CNN reports.

“Trump, as he did in public over the course of the summit, ardently advocated for it… As the leaders discussed issues like Iran and fires in the Amazon rainforest, Trump interjected and asked why Russia should not be included in the talks, given its size and role in global affairs.”

“That met sharp resistance from some of the leaders, principally German Chancellor Angela Merkel and British Prime Minister Boris Johnson.”

New York Times: “American farmers have become collateral damage in a trade war that Mr. Trump began to help manufacturers and other companies that he believes have been hurt by China’s ‘unfair’ trade practices.”

“More than a year into the trade dispute, sales of American soybeans, pork, wheat and other agricultural products to China have dried up as Beijing retaliates against Mr. Trump’s tariffs on Chinese imports. Lucrative contracts that farmers long relied on for a significant source of income have evaporated, with Chinese buyers looking to other nations like Brazil and Canada to get the commodities they need. Farm bankruptcy filings in the year through June were up 13 percent from 2018 and loan delinquency rates are on the rise, according to the American Farm Bureau.”

Reuters: “China’s foreign ministry reiterated on Tuesday that it had not heard of any recent telephone call between the United States and China on trade, and said it hopes Washington can stop its wrong actions and create conditions for talks.”

“Ministry spokesman Geng Shuang made the comment at a news briefing, after U.S. Treasury Secretary Steven Mnuchin said there had been contact between the two sides but declined to say with whom.”

“Perhaps nobody was more surprised to hear that China had called President Trump’s administration to restart trade talks than the government in Beijing itself,” Bloomberg reports.

“After a weekend of confusing signals, Trump’s credibility has become a key obstacle for China to reach a lasting deal with the U.S., according to Chinese officials familiar with the talks who asked not to be identified. Only a few negotiators in Beijing see a deal as actually possible ahead of the 2020 U.S. election, they said, in part because it’s dangerous for any official to advise President Xi Jinping to sign a deal that Trump may eventually break.”

“China has prepared contingency plans in case of a no-deal scenario, three officials said, including putting U.S. companies on its unreliable entity list and stimulating the economy.”

Politico reports that Trump, when questioned over his tactics, said: “Sorry, it’s the way I negotiate.”

“Hours after leaders of some of the world’s wealthiest countries pledged more than $22 million to help combat fires raging in the Amazon rainforest, Brazil’s government angrily rejected the offer, in effect telling the other nations to mind their own business,” the New York Times reports.

The official Twitter account for the White House apparently confirmedthat President Trump’s private resort in Miami is the location for next year’s G7 summit.

Associated Press: “Government ethics watchdogs have long railed against the perils of Trump earning money off the presidency and hosting foreign leaders at his properties. But they say Trump’s proposal to bring world leaders to his Miami-area resort takes the conflict of interest to a whole new level because, unlike stays at his Washington, they would have no choice but to spend money at his property.”

“The income tax is the Swiss Army Knife of the U.S. tax system, an all-purpose policy tool for raising revenue, rewarding and punishing activities and redistributing money between rich and poor,” the Wall Street Journal reports.

“The system could change fundamentally if Democrats win the White House and Congress. The party’s presidential candidates, legislators and advisers share a conviction that today’s income tax is inadequate for an economy where a growing share of rewards flows to a sliver of households.”

“For the richest Americans, Democrats want to shift toward taxing their wealth, instead of just their salaries and the income their assets generate. The personal income tax indirectly touches wealth, but only when assets are sold and become income.”

Steven Rattner: “Time for a reality check on Mr. Trump’s economic accomplishments, using two key measuring sticks: how well the economy is doing, compared with its performance under President Barack Obama’s leadership, and whether it has performed up to Mr. Trump’s promises.”

“The short answer is, the economy’s performance is not much different than it was under Mr. Obama and far short of what Mr. Trump pledged.”

“A new Missouri ban on abortions at or after eight weeks of pregnancy won’t take effect Wednesday after a federal judge temporarily blocked it from being implemented,” the AP reports.

“The law includes exceptions for medical emergencies, but not for rape or incest. If courts don’t uphold the eight-week ban, the measure includes a series of less-restrictive bans ranging from 14 weeks up to 20 weeks.”

“Sen. Chris Murphy (D-CT) said that he had planned to visit Russia as part of an upcoming congressional delegation including Democrats and Republicans. Sen. Ron Johnson (R-WI) said that he was also denied a visa. Both lawmakers are members of the chamber’s Foreign Relations Committee and have been critical of Russia in the past.”

Washington Post: “As president, Trump has averaged two weekly visits to Trump Organization properties and has mentioned the names of four of those properties — Bedminster, Mar-a-Lago, Turnberry and Doral — at least 70 total times in White House speeches, interviews and tweets.”

“The Trump administration is pulling $271 million in funding from the Department of Homeland Security, including the Federal Emergency Management Agency’s Disaster Relief Fund, to pay for immigration detention space and temporary hearing locations for asylum-seekers who have been forced to wait in Mexico,” NBC News reports.

“Deutsche Bank wouldn’t say publicly on Tuesday whether it has President Trump’s tax returns. Yet the bank acknowledges the US House would see people’s tax returns — possibly even those of Trump family members — if the bank fulfilled a subpoena related to Trump,” CNNreports.

“The bank, in its filing Tuesday, argued that there are ‘statutory, contractual, and privacy concerns’ that have made it reluctant to name whose tax returns it has that would fall under the spring 2019 House subpoena.”