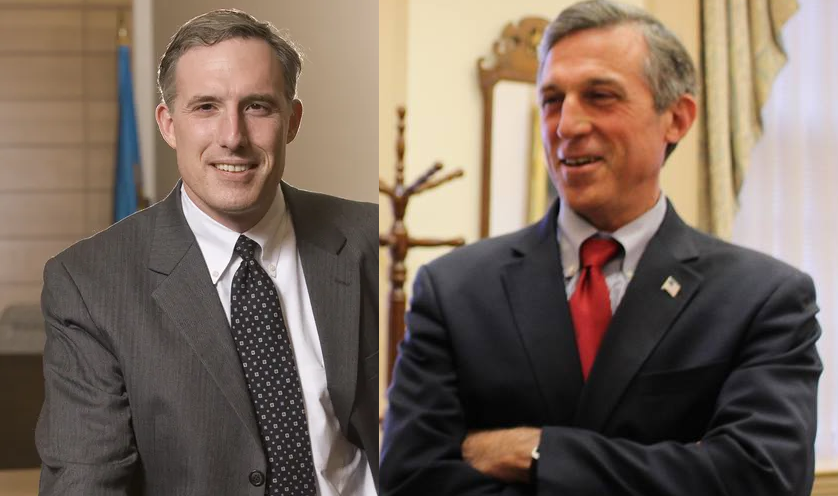 Vice Chancellor Travis Laster delivered a body blow to the Carney Administration and all those “reformist” politicians out there that love to starve public education of funds in favor of private and charter schools.  And Governor Carney’s spokesman’s response invoked, unintended perhaps, a darker era.  More on that at the end.

But first some background.  Two organizations, the Delawareans for Educational Opportunity and the NAACP Delaware State Conference of Branches filed a lawsuit in the Court of Chancery alleging that the State of Delaware and its three constituent counties were violating the State Constitution with respect to education spending.   The Education Clause in Delaware’s constitution states: “the General Assembly shall provide for the establishment and maintenance of a general and efficient system of free public schools[.]”   The Plaintiffs in the lawsuit say that the State of Delaware, through its officers, which include the Governor, the Secretary of Education, the Treasurer and the three finance directors of the three counties, is failing to meet that constitutional commitment to children of low income families, children with disabilities and children whose first langage is not English.  All told, the number of students affected are approximately 80,000.

The State filed a Motion to Dismiss the complaint outright, and Vice Chancellor Laster denied that motion in the opinion below.

Vice Chancellor Laster stated the obvious in his opinion: “One reasonable and common sense inference supported by the allegations of the complaint is that Disadvantaged Students need more funding and more services than their more privileged peers.  In Delaware, however, the educational funding system generally provides more support for more privileged children than it provides for impoverished children. Put differently, schools with more Disadvantaged Students receive less financial support from the State than schools with fewer Disadvantaged Students. Likewise, school districts with poorer tax bases receive less funding from the State than school districts with wealthier tax bases.”

Such is the case when we only fund our schools through property taxes.   Laster correctly noted that school districts have to constantly hold low turnout referendums every three years on average to raise taxes to cover the costs, which are always increasing.   Further exacerbating the situation is the fact that our counties have not  updated property assessments in more than 30 years.

Further, Laster took the state to task for its argument that the constitution requires only that all students be included and that the system use “centralization to reduce administrative costs and yield economic efficiencies.”  Laster said that, according to that logic, the state believes that a “dystopian hypothetical” to be legal: “At the extreme, the State could corral Disadvantaged Students into warehouses, hand out one book for every fifty students, assign some adults to maintain discipline, and tell the students to take turns reading to themselves.”

Damn.  But not far from how some “reformists” see the state obligation to public education.

Governor Carney’s spokesman, Jonathan Starkey, says the governor and his office continue to review the ruling.  But then he made an odd comment to the News Journal via email:

“Separate and apart from this opinion, Governor Carney has said since the day he took office that he believes all Delaware children deserve a quality education. He is committed to investing in Delaware’s schools, and providing additional support and resources for schools serving low-income children, English learners and students with special needs. The budget that the Governor signed on July 1 targeted additional funding to support students and educators in those schools.”

I know this is unfair to Mr. Starkey, but that highlighted phrase above, “separate and apart,” is just a strange turn of phrase used awkwardly.  Maybe I am alone, but it invoked the infamous phrase of Plessy v. Ferguson: “Separate but equal.”   I am sure that was unintended in this case, but the Governor’s education policies, and really that of all of his predecessors, follow the separate but equal philosophy.   Priviliged students of wealthy families living in high property value neighborhoods separated from the lower working class children from low property value areas.  But was not true then and not true now was the “but equal” part.   Those separated into privileged schools and disadvantaged schools are not treated equally.   The equality we seek is not busing disadvantaged students into privileged schools.  The equality we seek is equality of funding.

The Laster Opinion may finally set us upon the road to that goal.

23 comments on “The Laster Opinion slams the Carney Administration”