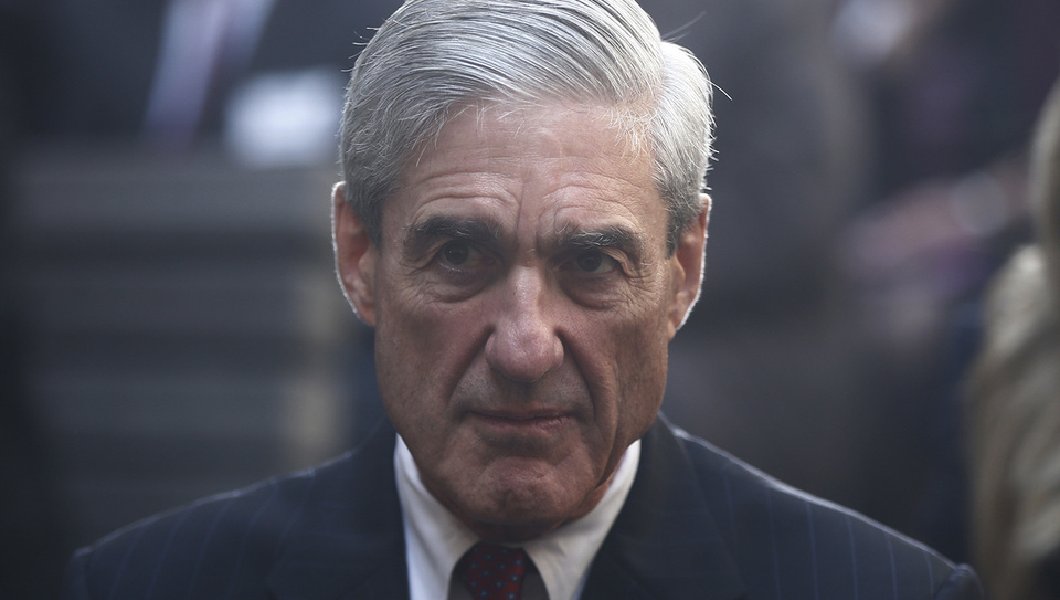 “Mueller’s team has always been tight-lipped publicly, but it has made some key disclosures through indictments… The Mueller filing on Manafort’s alleged lies won’t be an indictment, per se, and there is a very real chance it could remain under seal to protect the ongoing investigation. But if it is made public, it would give Mueller a chance to say whatever he feels like disclosing, and notably without Whitaker’s approval — which would be required for a new indictment or for releasing a final report, if Whitaker has indeed taken oversight of the probe and supersedes Deputy Attorney General Rod Rosenstein.”

Garrett Graff: “Manafort might have unwittingly given Mueller just the opportunity he requires to make public even more details about the former Trump campaign chairman, Russia, and the Trump campaign’s activities in 2016. In a court filing Monday, Mueller’s team alleged that Manafort had lied to investigators, asking the judge to move immediately to sentencing. They also said they would provide a ‘detailed sentencing submission,’ outlining ‘the nature of the defendant’s crimes and lies.’”

“In other words, Mueller plans to quickly issue a ‘report’ on Manafort’s activities, one that—if it’s anything like every other court document Mueller has filed thus far—will be more informed, more knowledgeable, and more detailed than anyone anticipates.”

“In fact, such a move would be entirely consistent with one of the most surprising and least noticed aspects of Mueller’s approach all along: He’s been writing the long-anticipated ‘Mueller Report’ bit-by-bit, in public, since his very first court filing.”

I talked to former prosecutors about Mueller's claim that Manafort has been lying since his plea deal. They said that the lies are probably about something major, and Mueller wouldn't make the claim w/o convincing proof that he was lying. https://t.co/Wk4TLXPqNW

Special counsel Robert Mueller’s team has been investigating a meeting between former Trump campaign chairman Paul Manafort and Ecuadorian President Lenin Moreno in Quito in 2017 and has specifically asked if WikiLeaks or its founder, Julian Assange, were discussed in the meeting, CNN reports.

Earlier Tuesday, The Guardian reported that Manafort secretly met several times with Assange inside the Ecuadorian embassy in London. Manafort denies the meetings ever happened.

Rep. Adam Schiff (D-CA) told USA Today that the House Intelligence committee “will have to prioritize the most important witnesses and records that Republicans blocked them from pursuing.”

“The ‘clearest example; of that obstruction, he said, is phone records that would show whether the blocked phone number – logged as Trump Jr. was arranging a meeting with a Russian lawyer in Trump Tower – belonged to then-candidate Donald Trump.”

“At first, Trump Jr. said he never told his father of the meeting, but then later told Senate investigators that he couldn’t recall who he spoke with that night.”

“The National Rifle Association of America reported $98 million in contributions in 2017, down from nearly $125 million in 2016,” according to new tax records obtained by the Daily Beast.  “Nearly a fifth of its contributions last year came from a single anonymous donor, who chipped in nearly $19 million to the group.”

“More noteworthy than its drop in contributions, though, was its decline in membership dues. The NRA took in more than $128 million in dues last year—a significant sum, but down considerably from the $163 million it took in the year prior.”

Senate Majority Whip John Cornyn (R-TX) said there’s a chance the Senate will actually vote on legislation designed to protect special counsel Robert Mueller, Roll Call reports.  Cornyn suggested that may be the price paid in order to get an agreement with retiring Sen. Jeff Flake (R-AZ) to let more of President Trump’s judicial nominations through the Judiciary Committee.

But Majority Leader Mitch McConnell (R-KY) “shut down the possibility that the Senate might take up legislation to protect special counsel Robert Mueller from being fired by President Trump, even after Sen. John Cornyn (R-TX), the No. 2 Senate Republican, held open the possibility earlier Tuesday,” USA Today reports.  “Earlier in the day, Cornyn signaled a potential change in the position of Republican leaders who have previously rejected a push by outgoing Republican Sen. Jeff Flake (R-AZ) to allow a vote on the Mueller legislation.”

See Democrats and liberals.  If you actually get off your ass and vote for the Democratic candidate during the midterms, we win.  Imagine what we could have done in 2010 and 2014 had half of you got off the couch.   Save the House in 2010.  The Senate in 2014.  We would have stocked the court with liberals.  Replaced Scalia and Ginsburg with liberals.   Oh well.  Let’s never ever do that again, ok? Always vote. And always vote Democratic. Always. For every office. In every election. Always. Forever.

"Pelosi may be more polarizing than some, but any effective politician will be demonized. As far as I can tell, this demonization is largely a compliment." https://t.co/1zXi4HiCMe

“The push to block Nancy Pelosi from the speakership is sputtering amid disagreements between her Democratic critics over their strategy and endgame, just days ahead of a critical caucus vote,” Politico reports.

“Some sources close to the group have privately accused one of its leaders, Rep. Seth Moulton (D-MA), of freelancing — publicly pushing a potential compromise with Pelosi that not every member supports or was even aware was on the table.”

Playbook: “Pelosi only needs to win with half of the caucus — something around 120 votes. If she doesn’t get to 218 — which she’ll need to get to on the floor in January — you’ll hear a lot of grumbling from her opponents that she can’t win the speakership. But that’s simplistic and not necessarily true. It’s a lot easier to cast a vote against Pelosi in the closed election than it is on the floor, in public. Some people will take the opportunity to vote against her in closed session so they can say they tried to stop her, but couldn’t.”

Down with centrism! @paulwaldman1 goes after No Labels and the "problem solvers": https://t.co/3eekL7FujK

“The White House is preventing the CIA director, Gina Haspel, or any other intelligence official from briefing the Senate on the murder of Saudi dissident and Washington Post columnist, Jamal Khashoggi,” The Guardian reports.  “Officials made it clear that the decision for Haspel not to appear in front of the committee came from the White House.”

New York Gov. Andrew Cuomo (D) ruled out a potential bid for the presidency in 2020, saying that he has a “full plate” in his current role, The Hill reports.  Said Cuomo: “I am ruling it out. I ran for governor. I have a full plate. I have many projects. I’m going to be here doing the job of governor… I’m governor of New York and I have a lot to do.”

A new Monmouth poll finds just 20% of the public feels that Americans are united and in agreement on our most important values while 77% say we are not.  Big majorities of Democrats (82%), Republicans (78%), and independents (72%) feel that the country is fundamentally divided.

Politico: “Senate GOP leaders have discussed with the president the possibility of providing Trump with $5 billion in guaranteed money for the wall but spread over two years, according to two Republicans familiar with internal discussions. Trump has not ruled out the idea, according to a Republican senator, but it’s unclear whether Democrats will go along with that minor concession.”

“There’s still no clear way out of a bipartisan jam: Republicans promised Trump that they would fight for his wall money after the election. And Democrats say they already have a deal on $1.6 billion in border security, far less than the $5 billion preferred by the president and his allies in Congress.”

Playbook: “Republicans truly believe that Democrats will support legislation that includes wall money because they don’t want to have to deal with a funding crisis next year. Many of the Democrats we speak to are skeptical of that — especially in the House — but this all has to be resolved over the next few days.”

Trump has adopted one authoritarian trick after another to his playbook over the years. But obscuring truth with theater will always be his signature act. https://t.co/JmDOWOaj9u pic.twitter.com/dP3cm6TfF7

Playbook: “One of the seven appropriations bills that needs to get passed in the next 10 days is the Commerce, Justice, Science bill, which has some funding for Bob Mueller’s probe of the White House. If there’s a shutdown, it will be up to President Trump whether to make Mueller essential, or keep him sidelined until Congress finds a funding solution. This is chatter that is picking up on the Hill.”

“House Republicans on Monday evening unexpectedly released a 297-page tax bill they hope to move during the lame-duck session of Congress,” Politico reports.

“The legislation would revive a number of expired tax provisions known as ‘extenders,’ address glitches in the Tax Cuts and Jobs Act and make a range of changes to savings- and retirement-related tax provisions. Other parts of the bill would revamp the IRS, provide new tax breaks for start-up businesses and offer assistance to disaster victims.”

“The measure amounts to House Republicans’ opening bid in negotiations with the Senate. They’ll need Democratic support there to move any changes, and it’s unclear lawmakers will agree to any of the provisions before adjourning for the year.”

“And Pruitt had a good reason to be surprised. In past interviews with President Trump’s favorite cable news show, the then-EPA chief’s team chose the topics for interviews, and knew the questions in advance. In one instance, according to emails revealed in a Freedom of Information Act request submitted by the Sierra Club and reviewed by The Daily Beast, Pruitt’s team even approved part of the show’s script.”

First Read: “According to the Cook Political Report’s David Wasserman, the Dem popular vote advantage is now a full 8 points, 53.1% to 45.1%.”