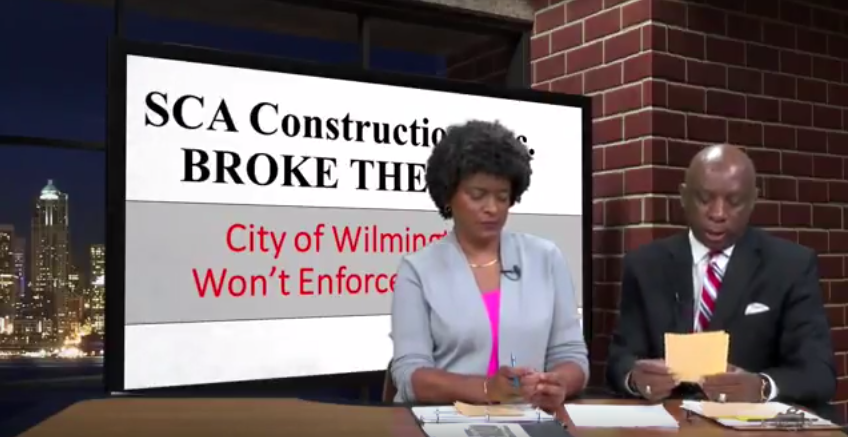 As you may or may not know, State Representative Charles Potter (RD1) and his wife, Wilmington City Treasurer and former State Treasurer Velda Jones Potter, have had a dispute with a contractor that repaired their roof following a tree crashing down upon it.  I am not clear on all the facts, but from what I understand, the Potters refused to pay for the roof because they claimed it was not up to code.  In response, the contractor availed themselves of their rights and placed a mechanic’s lien on their property.   This legal proceeding essentially attaches a lien to the real property that must be satisfied in the event the property is sold or liquidated.

You can read about the “tortured history,” as the court put it, here.  Regardless, the Potters lost every step along the way and are now appealing to the Supreme Court.   And now they taken their legal fight to the airways on the public access channel 28 in Wilmington.  See below:

The proper forum for their airing of grievances against this contractor is in the court of law, especially if they are going to refuse payment.  And the Potters have done that.  And they lost repeatedly.  That’s the breaks sometimes.  Sometimes you don’t win in life, Charles and Velda.  If you want to appeal all the way to the Delaware and U.S. Supreme Courts, that is your right if you can fashion a legal basis to do so.  But you’ll lose those fights too.   Now be grown adults and pay what you owe, rather than abusing both of your offices and the public forum those offices grant you by airing this abomination of a program on television.

Suffice it to say, this performance disqualifies Charles and Velda from ever seeking higher office.   I dare say they should not be in the offices they hold anymore either.