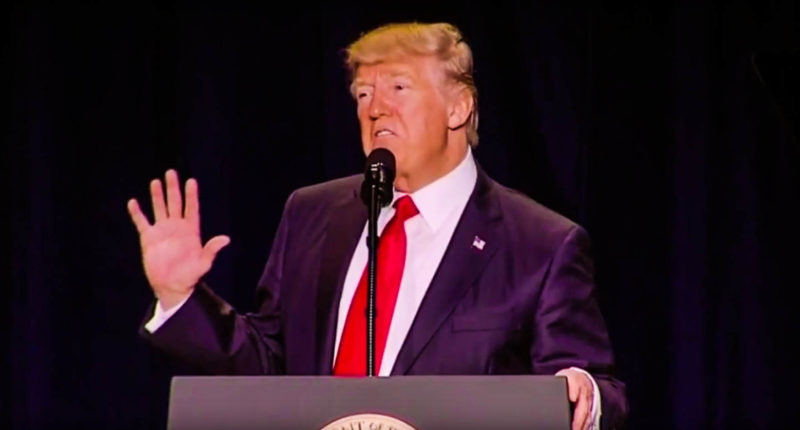 In Donald Trump’s speech to Congress this week, he surprised many by mentioning the need to “ensure new parents that they have paid family leave.” The president is correct about one thing: Congressional action on paid family leave is long overdue.

Those are his words. “Ensure new parents that they have paid family leave.” So, let’s see how his plan addresses this promise…

First, the policy is inadequate: It would only provide for six weeks’ leave at partial pay, making it out of reach for low-income women and failing to account for medical complications from birth or recovery. It also fails to address serious health conditions for one’s self or for loved ones other than newborns, such as aging parents, young children, or spouses and partners — caregiving work that also falls disproportionately on women.

Second, it perpetuates sex stereotypes. While workers who have given birth need sufficient time to physically recover, limiting paid leave to mothers perpetuates the notion that only women can or should care for children. This is hardly surprising coming from a billionaire who bragged about never changing a diaper, described his marital division of labor as “I’ll supply the funds and she’ll take care of the kids,” and characterized men who participate equally in parenting as “acting like the wife.”

Third, the restriction of benefits to married birth mothers ignores the fact that unmarried mothers are more likely to be heads of household, to have lower household income, and to struggle with poverty. And it ignores everyone else — dads, non-birth moms in same-sex partnerships, two-dad families, and adoptive parents — all of whom are equally in need of adequate time to care for and bond with the newest members of their families. These extreme and irrational limitations render the proposal fundamentally out of touch with the needs of today’s working families.

Trump’s Maternity Leave plan displays the Republican agenda in the clearest terms possible. Rewards for those who conform to the GOP view of family and womanhood, punishment those that don’t. Republicans view government as a way to regulate people’s lives. The next time a Republican tells you they are for small government, call them what they are: Liars.