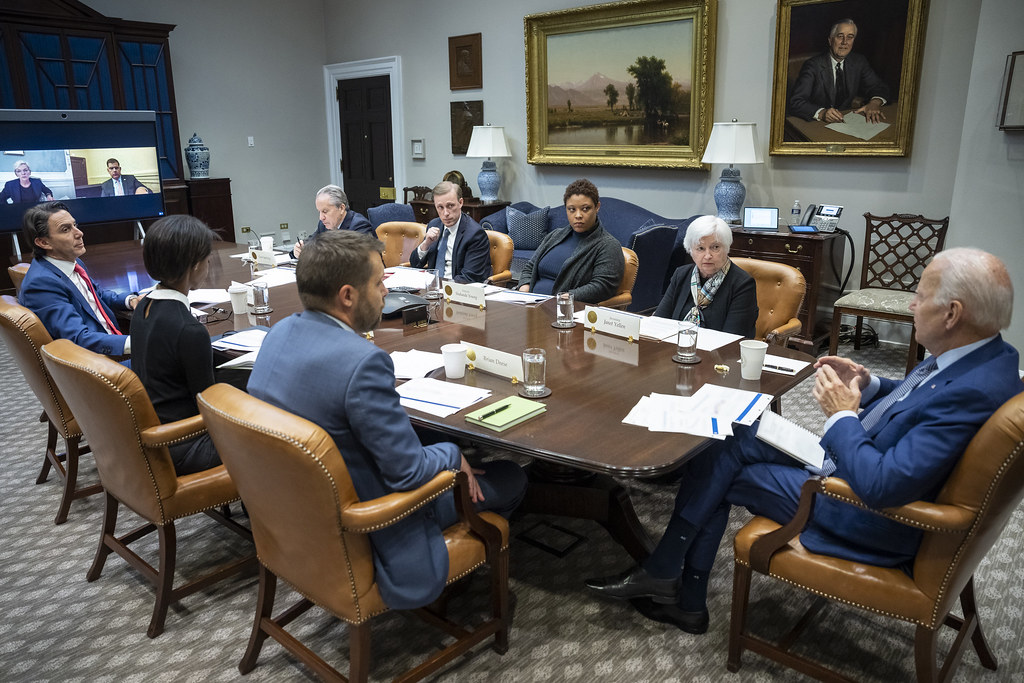 Democratic lawmakers are calling for Rep.-elect George Santos (R-NY) to resign from the House seat he won in November, after the Long Island Republican admitted to “résumé embellishment” — dialing up the pressure on GOP leadership to respond, the Washington Post reports.

Santos, who was a former call center employee, told City and State NY that his wealth skyrocketed in the past several years to enable him to lend hundreds of thousands of dollars to his campaign.

He said that after different jobs, he opened his own firm and “it just worked because I had the relationships and I started making a lot of money. And I fundamentally starting building wealth.”

He added: “I decided I’d invest in my race for Congress. There’s nothing wrong with that.”

“I never claimed to be Jewish. I am Catholic. Because I learned my maternal family had a Jewish background I said I was ‘Jew-ish.’”— Rep.-elect George Santos (R-NY), quoted by the Jerusalem Post.

“With the passage of a $1.65 trillion spending bill, Congress has averted the threat of government shutdowns until next September. Now lawmakers are bracing for an even bigger fight in the coming months over raising the government’s borrowing limit,” the Wall Street Journal reports.

“Republicans will take control of the House in January, while Democrats will keep their Senate majority, ushering in a period of divided government. House Minority Leader Kevin McCarthy (R-CA) and other Republicans have said they would use any vote on raising the debt limit as a way to force Democrats to cut spending. President Biden and congressional Democrats are adamant that they won’t allow Republicans to pressure them to cut federal programs.”

“That is setting up a potential game of chicken next year that could shake global markets if not resolved.”

New York Times on the passage of the Electoral Count Act Reform: “It took the efforts of a bipartisan group of 15 senators, months of intense negotiations, the endorsement of outside experts aligned with both parties and a stark realization that the outdated law could again be misused if changes weren’t made. And the results the next time could be worse.”

Associated Press: “In many ways, the chaos of the Capitol attack created a new coalition in Congress — lawmakers who want to show America can govern. With President Joe Biden in the White House, the Democrats who controlled Washington found new partners in a wing of the Republican Party eager to push past the Trump years and the former president’s repeated lies about a stolen election that led to the Capitol siege.”

Politico on the House’s passage of an IRS reform bill requiring the audits of presidents and presidential candidates: “The legislation stands virtually no chance of passing the 50-50 Senate [especially now since both Houses have adjourned], making it a largely symbolic move. But it affords Democrats one more chance to give Trump a high-profile punch before they surrender their House majority.”

Biggs has accused Greene of having “crossed a rubicon” after she slammed Republicans who intend to vote against a Rep. Kevin McCarthy (R-CA) speakership, the Daily Beast reports.

Dan McLaughlin: “A major reason why many Republicans and conservatives have increasingly soured on Donald Trump following the underwhelming 2022 election cycle is that Trump played a crucial, often decisive role in picking so many of the bad candidates who lost winnable races.”

“What follows is an examination of exactly how badly Trump harmed Republicans, beginning in this first installment with the big three Senate races in Pennsylvania, Georgia, and Arizona. All three were eminently winnable with good candidates, and any two would have given the party control of the Senate.”

Bloomberg: “While fans of the hit Netflix series Narcos may have the impression that the era of Pablo Escobar’s Medellin Cartel in the 1980s and 1990s was the heyday of the cocaine trade, in fact, a much bigger boom is going on right now.”

Said Toby Muse, the author of the 2020 book Kilo: Inside the Deadliest Cocaine Cartels: “We’re living in the golden age of cocaine. Cocaine is reaching corners of the planet that have never seen it before, because there is so much of the drug.”

“Underlying that boom is a massive growth in acreage, as well as higher productivity on coca farms — trends driven by shifting political dynamics in the region as well as rising demand. The illicit industry now produces about 2,000 tons of cocaine per year, almost double the amount being made a decade ago… Satellite photos show that the amount of Colombian land planted with coca rose to a record of more than 200,000 hectares (500,000 acres) last year, more than five times what it was when Escobar was gunned down in 1993.”

North Dakota Lt. Gov. Brent Sanford announced that he will resign from his position on Jan. 2 after serving six years as Gov. Doug Burgum’s right-hand man, the Fargo Forum reports.

Tammy Miller, the governor’s chief operating officer, will take over the role.

“The Florida GOP plans to hold a no-confidence vote in Republican National Committee Chairwoman Ronna McDaniel next month, a crucial test of the embattled leader’s strength just days before her own re-election,” NBC News reports.

“Republican insiders say Florida has deep symbolic importance because it has consistently outperformed the national party in resisting the blue wave in 2018, re-electing Donald Trump when he lost the White House in 2020 and generating a red wave that failed to materialize nearly everywhere else in November.”

Emily Atkin: “This is a high-stakes story for both the climate and democracy. It shows fossil fuel interests taking advantage of a struggling local news environment to push an anti-renewable agenda on an unwitting public.”

Rep. Drew Ferguson (R-GA), “who has raised concerns in the past about election fraud, voted three times this year in Troup County. But Ferguson no longer lives at the address where he’s registered to vote after he sold his house in April and moved in with his wife two counties away,” the Atlanta Journal Constitution reports.

“It’s illegal in Georgia for voters to cast a ballot in a county where they don’t have a residence.”