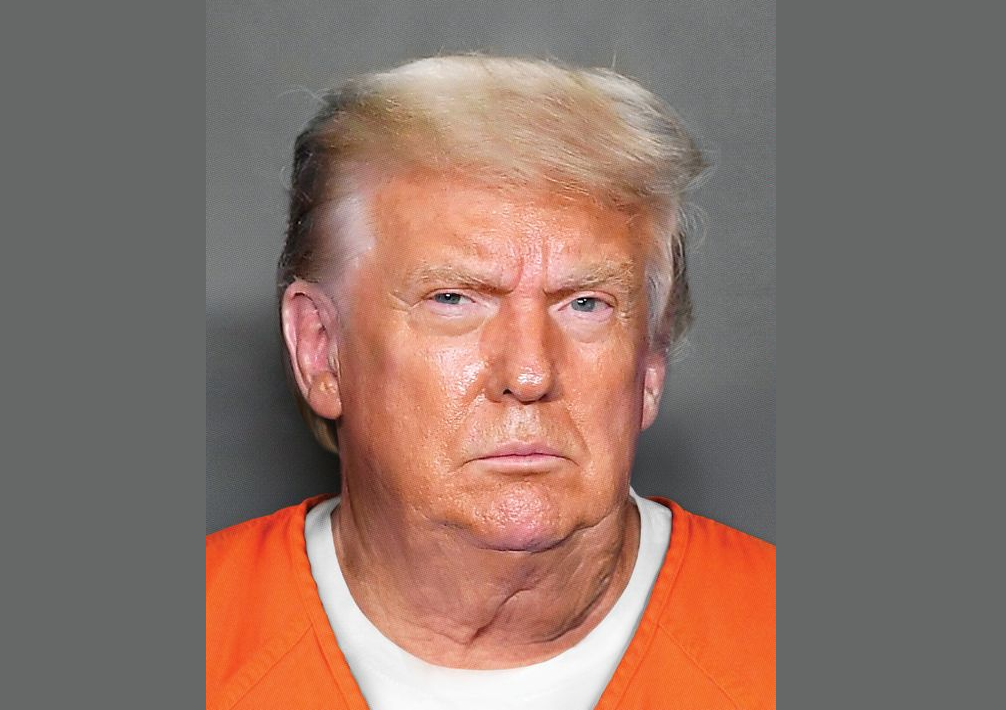 Michael Caputo, the top communications official at the Department of Health and Human Services, accused career government scientists of “sedition” in their handling of the pandemic and warned that left-wing hit squads were preparing for armed insurrection after the election, the New York Times reports.

Caputo, who has faced criticism for leading efforts to warp CDC weekly bulletins to fit Trump’s pandemic narrative, suggested that he personally could be in danger: “You understand that they’re going to have to kill me, and unfortunately, I think that’s where this is going.”

More: “And when Donald Trump refuses to stand down at the inauguration, the shooting will begin. The drills that you’ve seen are nothing… If you carry guns, buy ammunition, ladies and gentlemen, because it’s going to be hard to get.”

President Trump dismissed concerns about the possible spread of coronavirus at his indoor rally in Nevada, the Las Vegas Review-Journalreports.

Said Trump: “I’m on a stage and it’s very far away. And so I’m not at all concerned.”

He made no mention of the potential threat posed to the thousands of his supporters who attended the rally.

Said Sisolak: “This is an insult to every Nevadan who has followed the directives, made sacrifices, and put their neighbors before themselves. It’s also a direct threat to all of the recent progress we’ve made and could potentially set us back.”

The governor said of Trump, “As usual, he doesn’t believe the rules apply to him” and accused the president of “reckless and selfish actions.”

President Trump tried to explain to reporters how poor forest management can lead to wildfires.

Said Trump: “When trees fall down after a short period of time — about 18 months — they become very dry. They become really like a matchstick.”

He added: “They just explode. They can explode. Also leaves. When you have years of leaves, dried leaves on the ground, it just sets it up. It’s really a fuel for a fire. So they have to do something about it.”

CROWFOOT: I wish science agreed with you.

Philip Bump: The president who says the coronavirus will go away makes the same prediction about global warming.

President Trump made four false claims in one sentence of a tweet, CNN reports.

Jonathan Chait: “Biden’s position on this problem is easy enough: He will leave it up to the prosecutors. But what will the prosecutors do? The prospect of fitting the orange man for an orange jumpsuit, delicious as it may seem for MSNBC viewers (or readers of this magazine), would create new problems of its own. To begin with, it would be essential that any prosecution of Trump not only be fair and free of any political interference but be seen as fair. A prosecution that appears vindictive would serve only to confirm the politicization of the law that Trump has done so much to advance. Prosecutors in New York and the Justice Department can make every effort to apply the law neutrally, not singling out Trump for punishment, but it will be difficult to avoid the impression of banana-republicanism formed by the sequence of a Trump criminal trial following an election defeat — especially when his supporters have been primed to fight “witch hunts” for years. Want to lock up the “Lock her up!” guy? Good luck avoiding the appearance of turnabout, however legally legitimate the process.”

“An incoming Biden administration is going to need a peaceful transition — not least because the federal government will probably be either distributing or in the final stages of approving vaccines and treatments for a pandemic that has killed nearly 200,000 Americans and is crippling the economy. Biden will require months of some form of broad social cooperation with measures like mask wearing and vaccine uptake, all of which could easily and legally be sabotaged by a cornered Trump.”

BuzzFeed News: “The 6,600-word memo, written by former Facebook data scientist Sophie Zhang, is filled with concrete examples of heads of government and political parties in Azerbaijan and Honduras using fake accounts or misrepresenting themselves to sway public opinion. In countries including India, Ukraine, Spain, Bolivia, and Ecuador she found evidence of coordinated campaigns of varying sizes to boost or hinder political candidates or outcomes, though she did not always conclude who was behind them.”

Said Zhang: “In the three years I’ve spent at Facebook, I’ve found multiple blatant attempts by foreign national governments to abuse our platform on vast scales to mislead their own citizenry, and caused international news on multiple occasions.”

“The Justice Department’s Office of the Inspector General has begun investigating the circumstances surrounding the sentencing recommendation for Roger Stone, a longtime friend of President Trump,” NBC News reports.

“The investigation is focused on events in February, according to the two sources who spoke on the condition of anonymity, when prosecutors for Stone have said they were told to seek a lighter sentence for Stone than they had previously considered.”

“Attorney General William Barr ultimately intervened to override the prosecutors’ recommendation of seven to nine years and ask for a lighter sentence. All four prosecutors quit the case as a result.”

In a new clip from an interview with Bob Woodward, President Trump said that his relationships with world leaders are better “the tougher and meaner they are,” naming Turkish President Recep Tayyip Erdoğan as an example, Axios reports.

Said Trump: “I get along very well with Erdogan, even though you’re not supposed to because everyone says, ‘What a horrible guy.’ But, you know, for me it works out good.”

He added: “It’s funny, the relationships I have, the tougher and meaner they are, the better I get along with them. You’ll explain that to me someday, ok? But maybe it’s not a bad thing. The easy ones I maybe don’t like as much or don’t get along with as much.”

CNN has obtained excerpts of a 10-minute conversation between Bob Woodward and President Trump on August 14, the final interview for Woodward’s book, Rage, in which Trump peppered the veteran two-time Pulitzer Prize-winning journalist with questions about the book and what exactly was in it.

Just over an hour later, Trump tweeted that Woodward’s book was “fake news.”

“Nothing more could have been done.” — President Trump, quoted by CNN, when told by Bob Woodward that the election would be a contest between him, Joe Biden and the virus.

“Donald Trump is a liar who has killed people, straight up.” — Michigan Lt. Gov. Garlin Gilchrist (D), quoted by WDIV.

Lt. Col. Alexander Vindman, the star witness in President Trump’s impeachment trial, told The Atlantic he considered the president to be a “useful idiot” for Vladimir Putin.

Said Vindman: “President Trump should be considered to be a useful idiot and a fellow traveler, which makes him an unwitting agent of Putin.”

He added: “They may or may not have dirt on him, but they don’t have to use it… They have more effective and less risky ways to employ him. He has aspirations to be the kind of leader that Putin is, and so he admires him. He likes authoritarian strongmen who act with impunity, without checks and balances. So he’ll try to please Putin.”

Treasury Secretary Steven Mnuchin told CNBC that lawmakers should not allow fears over the size of the federal deficit or the Federal Reserve’s balance sheet to delay additional Covid-19 relief.

Of course not. The time to worry about the deficit or debt is when a Democrat is President.

New York Times: “The late-summer slowdown was noticeable on a national scale: to companies that send thousands of pieces of mail daily; to software firms that track that mail; and to the Postal Service itself, which shared data about the delays with Congress in late August. As an election looms in which more Americans than ever are expected to vote by mail, the episode highlights how decisions about postal operations can have significant and immediate consequences.”

“The data here, covering more than 28 million pieces of first-class letters tracked by SnailWorks, shows how on-time delivery declined noticeably in July after the arrival of Louis DeJoy, the Trump-aligned postmaster general, and the start of policies to trim transportation costs. That drop in national performance was more abrupt than during the chaotic period when the coronavirus pandemic began spreading across the country.”

New York Times: “It’s standard for drug companies to withhold details of clinical trials until after they are completed, tenaciously guarding their intellectual property and competitive edge. But these are extraordinary times, and now there is a growing outcry among independent scientists and public health experts who are pushing the companies to be far more open with the public in the midst of a pandemic that has already killed more than 193,000 people in the United States.”

“These experts say American taxpayers are entitled to know more since the federal government has committed billions of dollars to vaccine research and to buying the vaccines once they’re approved. And greater transparency could also help bolster faltering public confidence in vaccines at a time when a growing number of Americans fear President Trump will pressure federal regulators to approve a vaccine before it is proved safe and effective.”

“Federal Reserve officials don’t like to wade into political debates, which is why it can be a distress signal when they do,” the Wall Street Journalreports.

“In normal times, central bankers generally avoid making specific recommendations on hot-button spending, tax and other policy matters handled by elected officials, because they want to preserve their autonomy to manage monetary policy with minimal interference.”

“These aren’t ordinary times. Fed Chairman Jerome Powell has delicately but resolutely said in recent months he expects Congress will need to do more to compensate for income losses sustained by unemployed workers and revenue holes facing hard-hit businesses and city and state governments because of the coronavirus pandemic.”