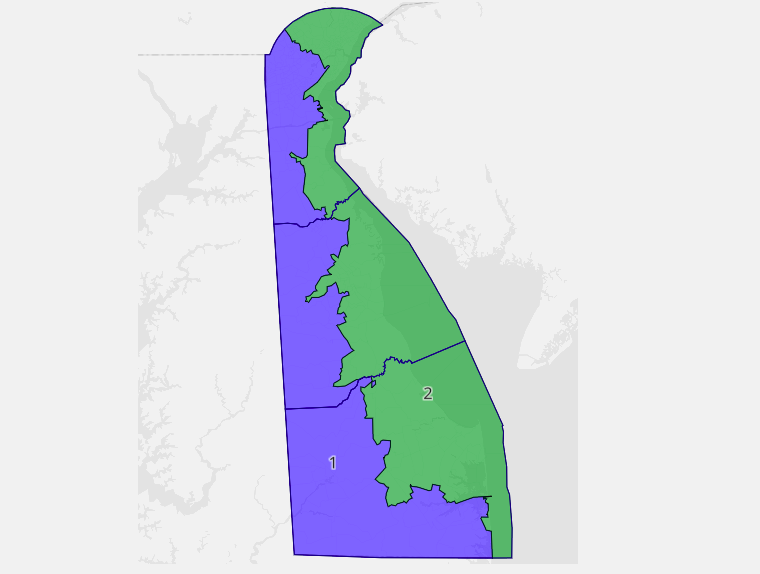 Dylan Rosenthal created a map of Delaware with two Congressional Districts. What makes this map unique is that it creates two districts that are both Democratic, but in a different geographical way.

Many assume that if Delaware were to get a second congressional district after the 2020 census is complete, that the first district would be contained completely in northern to central New Castle County, including both Wilmington and Newark. The second district would include Middletown and Dover down to Sussex County, with the dividing line near the C&D Canal.

The First District would be overwhelming Democratic, with the second one less so, maybe even a 50-50 split.

Well, here is another way to split Delaware into two Congressional Districts: