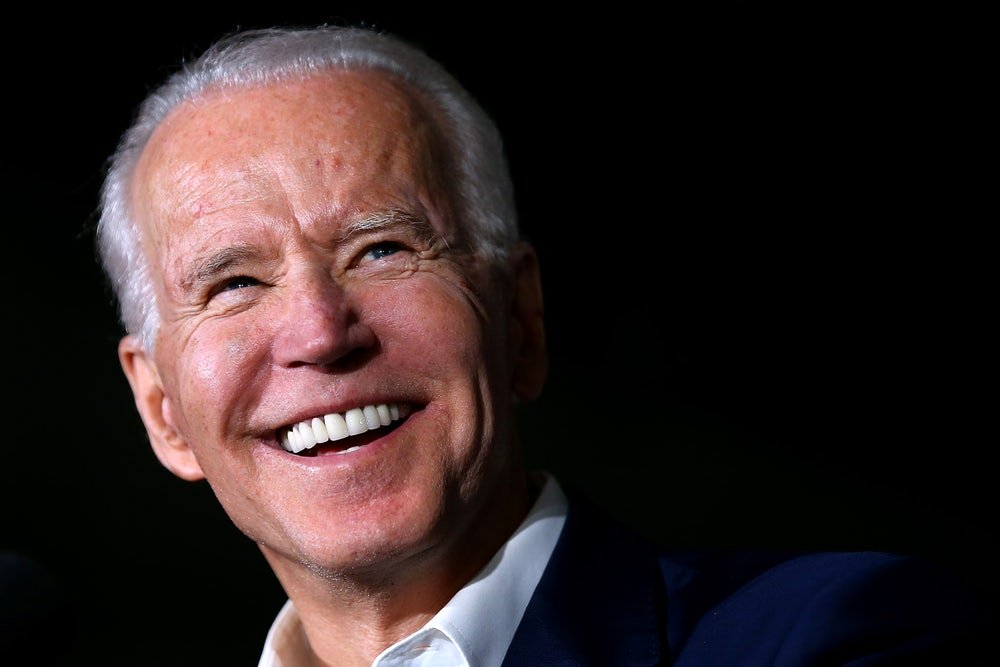 Both Bernie Sanders and Joe Biden best Donald Trump in head-to-head matchups (49-46% and 48-46%, respectively). Americans think that Joe Biden would be more successful than Bernie Sanders at passing and implementing his agenda if elected president, 43% to 18%. Democrats prefer Joe Biden (50%) over Bernie Sanders (37%) to be president of the United States.

And here’s one of the more remarkable statistics from this past Tuesday’s primary election in Missouri: white men with a college degree swung 55 points from 2016 to 2020, according to CNN exit polls. In 2016, Sanders won them 64% to Clinton 36%. In 2020, Biden won them 60% to Sanders 33%. It could not be any clearer: A significant amount of Sanders’ support in 2016 was just opposition to Hillary based on sexism, and nothing more.

Sunday’s Democratic presidential debate is being moved from Arizona to Washington, D.C. “out of an abundance of caution” over the spread of coronavirus, Politico reports.

“The debate, the first one-on-one clash between Joe Biden and Bernie Sanders, was originally scheduled to be held in Phoenix, Ariz. The DNC and CNN, which is hosting the debate alongside Univision, announced earlier in the week that there would be no live audience, spin room or media filing center as campaigns, media organizations and other groups take steps to curb the spread of coronavirus.”

“Joe Biden has named Jen O’Malley Dillon as his new campaign manager, a major shake-up that comes just as the party’s leading candidate plans a major organizational expansion to prepare for the general election,” the Washington Post reports.

“The campaign shuffle is an acknowledgment that while Biden has had a remarkable recent run of victories — at least 15 of the past 21 contests — his operation was not up to the challenge posed by President Trump if Biden wins the nomination.”

“It’s a startlingly bold move, the legality of which is now being challenged in court: Gov. Brian Kemp (R), already an enemy of voting rights groups nationwide, has canceled an election and says he’ll fill a seat on the Georgia Supreme Court all by himself,” The Fulcrum reports.

“The move marked the beginning of an extraordinary new chapter in an already tumultuous presidential race: campaigning amid a pandemic.”

Earlier, a spokeswoman for President Trump’s reelection campaign defended Trump’s decision to continue holding campaign rallies despite the spread of coronavirus, telling Fox Business that Trump is “the best authority on this issue.”

Politico: “Staggeringly high Democratic turnout in the Texas suburbs last week has the party bullish about capturing a half-dozen seats that slipped through its grasp in the 2018 midterms.”

“Democratic primaries in six GOP-held districts saw a roughly 100 percent increase in voters compared to 2016, according to a Politico analysis of turnout data. The spike indicates that a lethal recipe might be brewing for Republicans in the run-up to November: President Donald Trump’s unpopularity in the suburbs, combined with rapid demographic change and an amped-up Democratic base.”

“Even as former Rep. Duncan Hunter insisted publicly that he never mishandled campaign donations — allegations he later admitted to in U.S. District Court— the Republican from Alpine was deliberately hiding his criminal behavior, federal prosecutors said in a filing Tuesday,” the San Diego Union Tribune reports.

“The disgraced congressman, who in January resigned the 50th District seat he held for almost six terms, knowingly used political contributions to support a lavish lifestyle, including fancy meals, trips with girlfriends and even paying for his children’s private-school tuition, the filing states.”

“At the same time Hunter told national television audiences and local supporters that he did nothing wrong, claiming he was the victim of a witch hunt cooked up by his political enemies, hundreds of pages of evidence made public Tuesday show the congressman was actively obfuscating his role in the campaign finance scandal. … Hunter met a woman … and quickly moved in with the unidentified woman, prosecutors said. … Other court records show Hunter engaged in at least four other extramarital affairs, often subsidizing getaways with political donations to his congressional campaigns.”

“President Trump faces the biggest challenge yet to his prospects of being re-elected, with his advisers’ two major assumptions for the campaign — a booming economy and an opponent easily vilified as too far left — quickly evaporating.,” the New York Times reports.

“After a year in which Mr. Trump has told voters that they must support his re-election or risk watching the economy decline, the stock market is reeling and economists are warning that a recession could be on the horizon because of the worsening spread of the coronavirus.”

“And instead of elevating Sen. Bernie Sanders, as Mr. Trump made clear was his hope, Democrats have suddenly and decisively swung from a flirtation with socialism to former Vice President Joe Biden, who has run a primary campaign centered on a return to political normalcy.”

DNC Chairman Tom Perez told Axios that he is “not contemplating” moving the party’s convention online due to the growing coronavirus concerns.

Said Perez: “We’d have to change the rules. We’re not contemplating rule changes.”

He added: “We are very confident we’re going to be able to carry it out, and I’m equally confident in the competence of our team.”

House Majority Whip James Clyburn (D-SC), whose endorsement of Joe Biden was key to his landslide primary victory in South Carolina, told NPRthat he wants Biden to choose an African American woman as his running mate if he becomes the Democratic presidential nominee.

Said Clyburn: “I really believe that we’ve reached a point in this country where African American women need to be rewarded for the loyalty that they’ve given to this party.”

Andrew Yang endorsed Joe Biden on CNN on Tuesday night, calling him “the right man for the job to help us not just defeat Donald Trump, but govern the country in the years ahead.”

“The endorsement — which came after Biden captured the Mississippi, Missouri and Michigan Democratic primaries Tuesday — marks just the latest high-profile pickup for the former vice president after he won the South Carolina primary on February 29 and made a strong showing on Super Tuesday last week. Yang’s backing could be a particular boon for Biden, given the devoted coalition of supporters he built known as the Yang Gang.”