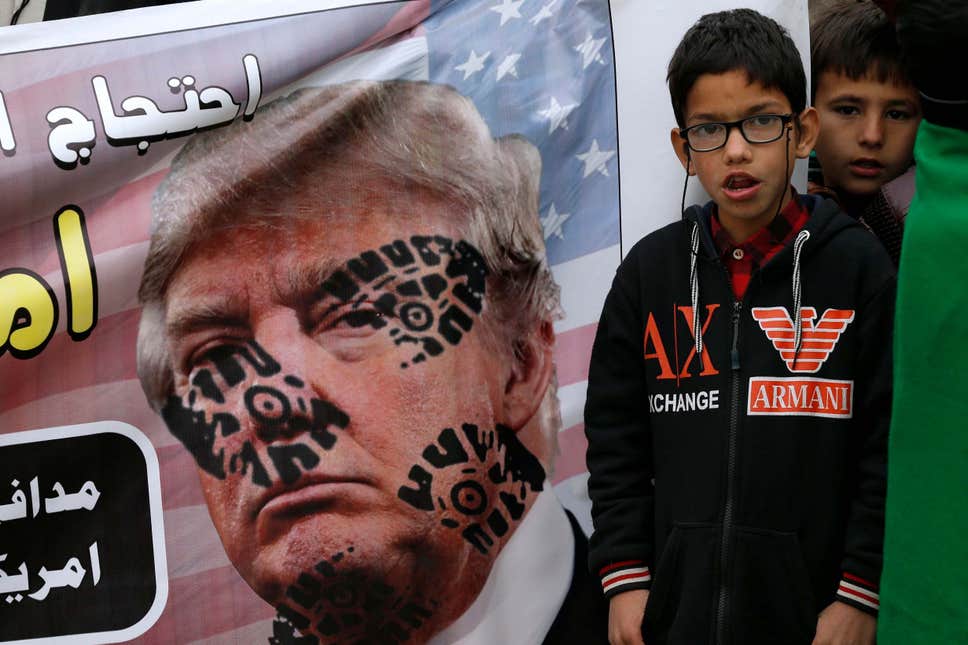 “Lawmakers in Iraq voted on Sunday to require the government to end the presence of American troops in the country after the United States ordered the killing of the Iranian leader of the elite Quds Force, Maj. Gen. Qassim Suleimani, on Iraqi soil,” the New York Times reports.

Wall Street Journal: “Though it has no legal force, the vote casts further doubt on the future of an American troop presence that has been instrumental in the defeat of Islamic State, even as powerful Iranian-backed factions have come to dominate the government.”

The military adviser to Iran’s Supreme Leader told CNN that his country’s response to the killing by the United States of one its most influential commanders will certainly be a military response “against military sites.”

President Trump said the United States has targeted 52 Iranian sites and was prepared to strike “very fast and very hard” in the event Tehran retaliates for the killing of Gen. Qassem Soleimani, The Hill reports.

Politico: “Trump did not disclose which specific sites the U.S. has identified for possible strikes, however, the president’s indication the target list included sites of cultural significance drew an immediate outcry on social media.”

“Senate Majority Leader Mitch McConnell was unequivocal in a Senate floor speech on Friday that ‘we can’t hold a trial without the articles; the Senate’s own rules don’t provide for that.’ But Graham, a close ally of Trump, floated the idea of a unilateral GOP move, saying he would work with McConnell to allow the Senate to proceed without the two charges against Trump for abuse of power and obstruction of Congress.”

Sen. Josh Hawley (R-MO) said on Twitter he will introduce a motion to dismiss the impeachment charges against President Trump.

Playbook: “Our sources tell us that moving legislation to dump the charges is not a realistic strategy at the moment — but it does show the potential perils of the hold-the-articles strategy. This wouldn’t pass at this point — it might not even make it to the floor — but in a few weeks if the articles don’t end up in the Senate, this could gain steam, our sources tell us.”

“The pardons have drawn criticism from both sides of the political aisle after media reports highlighted some that went to convicts who had wealthy or politically connected families.”

New York Times: “The $1.4 trillion spending bill passed by Congress last week quietly achieves what a parade of select committees and coordinating councils could not: rescue a dying pension fund that is the lifeblood of nearly 100,000 retired coal miners.”

“For the first time in 45 years of federal pension law, taxpayer dollars will be used to bail out a fund for workers in the private sector. And now that there’s a precedent, it might not be the last.”

“The American-led coalition in Iraq and Syria halted its years long mission of attacking the Islamic State and training local forces in both countries Sunday as United States troops braced for retaliation from Iran after a strike that killed a powerful Iranian commander,” the New York Times reports.

“As President Trump’s allies rushed to defend his decision to authorize a drone strike that killed Iran’s top military commander, many have focused less on Qasem Soleimani than another once-prominent actor in Middle East affairs: former president Barack Obama,” the Washington Post reports.

“For Trump, the true measure of the dramatic and risky military operation will become clear over time, as the United States braces for a potential retaliatory strike from Iran that could embroil his administration in the kind of complex and intractable Middle East conflict he had pledged to avoid. But amid the immediate fallout from Soleimani’s death, the president and his defenders rushed to declare that Trump had bested his predecessor in standing up to a malign foreign power.”

“Trump, former aides said, has burned with a desire to erase Obama’s foreign policy legacy and prove himself a superior commander in chief.”

Jeffrey Goldberg: “The best distillation of the Trump Doctrine I heard, though, came from a senior White House official with direct access to the president and his thinking. I was talking to this person several weeks ago, and I said, by way of introduction, that I thought it might perhaps be too early to discern a definitive Trump Doctrine.”

“No,” the official said. “There’s definitely a Trump Doctrine.”

“In the chaotic days leading to the death of Maj. Gen. Qassim Suleimani, Iran’s most powerful commander, top American military officials put the option of killing him — which they viewed as the most extreme response to recent Iranian-led violence in Iraq — on the menu they presented to President Trump,” the New York Times reports.

“They didn’t think he would take it. In the wars waged since the Sept. 11, 2001, attacks, Pentagon officials have often offered improbable options to presidents to make other possibilities appear more palatable.”

“After initially rejecting the Suleimani option on Dec. 28 and authorizing airstrikes on an Iranian-backed Shia militia group instead, a few days later Mr. Trump watched, fuming, as television reports showed Iranian-backed attacks on the American Embassy in Baghdad… By late Thursday, the president had gone for the extreme option. Top Pentagon officials were stunned.”

Rep. Jared Golden’s (D-ME) “unusual choice to charge Mr. Trump with abuse of power but not with obstruction of Congress has left Mr. Golden open to a backlash from Republicans and independents who oppose impeaching the president and Democrats who are determined that he should be removed at all costs,” the New York Times reports.

“The decision by Mr. Golden is part of a larger bet animating his first term in Congress: that his willingness to openly flout some of the key orthodoxies of his party will appeal enough to his famously independent-minded constituents to help him hang onto his seat, rather than prompt voters to run him out of office.”

Iran announced on Sunday that it will no longer abide by any of the limits on its nuclear program that were imposed by the multinational Joint Comprehensive Plan of Action (JCPOA), further increasing tensions with the U.S. after President Donald Trump ordered the assassination of Iranian military leader Qasem Soleimani.

“The Islamic Republic of Iran, in the fifth step in reducing its commitments, discards the last key component of its operational limitations in the JCPOA, which is the ‘limit on the number of centrifuges,’” the Iranian government said in a statement, per Iranian media outlet Mehr News Agency.

“As such, the Islamic Republic of Iran’s nuclear program no longer faces any operational restrictions, including enrichment capacity, percentage of enrichment, amount of enriched material, and research and development,” the government continued.

Tehran said it would be willing to return to the terms of the nuclear deal if the U.S. lifted its sanctions and “Iran benefits from its interests enshrined in the JCPOA.”

Additionally, Iran said it would continue to cooperate with the International Atomic Energy Agency (IAEA).

“The government of President Nicolás Maduro staged a de facto takeover of Venezuela’s legislature on Sunday, swearing in its own candidate as head of the National Assembly in a move apparently orchestrated to rob international credibility from Juan Guaidó, who had led the body and has staked a rival claim as head of state,” the Washington Post reports.