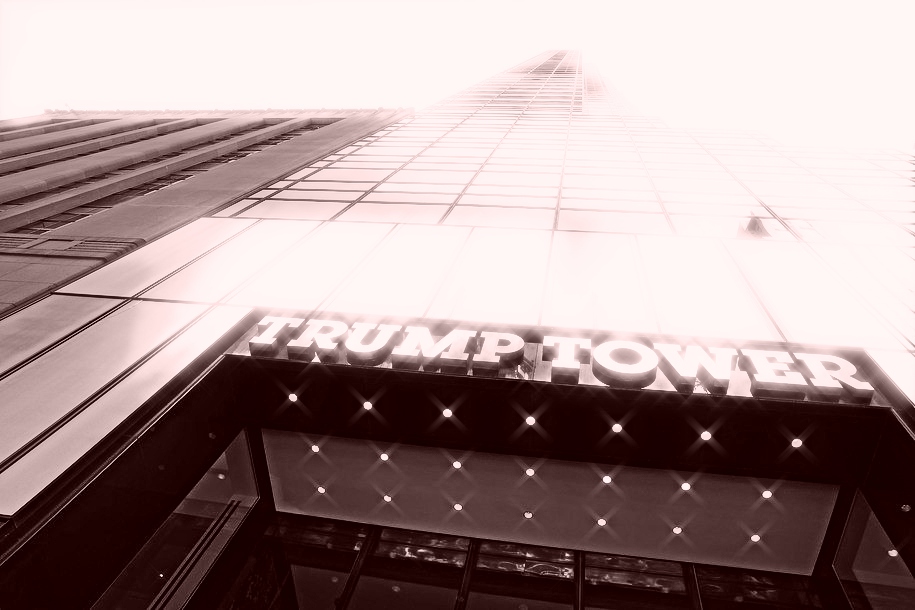 Newly unearthed tax and loan documents appear to show that Donald Trump’s business reported wildly conflicting occupancy rates for Trump Tower — depending on who the intended audience was, ProPublica reports.

The documents appear to show the president’s business reported a high occupancy rate to lenders, but a lower rate in official tax filings.

Jonathan Chait: “This isn’t being clever, finding a complicated tax shelter, or taking full advantage of what the law allows. It’s just, by all indications, straight up fraud. What these figures can’t settle is whether Trump is defrauding his lenders, cheating on his taxes, or both. Both of those forms of fraud are crimes. None of the experts contacted by ProPublica could formulate an innocent explanation.”

Rudy Giuliani was in negotiations earlier this year to represent Ukraine’s then-top prosecutor, Yuri Lutsenko, and the Ukrainian Ministry of Justice, the Washington Post reports.

“The agreements, which were never executed, would have given Lutsenko a business relationship with President Trump’s personal lawyer, while Giuliani would have profited from a person who was helping him try to get damaging information on one of Trump’s political rivals.”

Rudy Giuliani acknowledged this week meeting with a lawyer for a Ukrainian oligarch who he had previously said he had “nothing to do with,” CNN reports.

Giuliani said “that he met a lawyer for oligarch Dmitry Firtash in New York City for two hours during a time he was seeking information useful to President Trump’s re-election and seeking to dig up dirt on former Vice President Joe Biden and his son Hunter Biden. The acknowledgment is in apparent conflict with what Giuliani told CNN in October, when he said he did not think Firtash had information relevant to any of his efforts.” That’s because, like his client, he lies all the time. About everything.

Rudy Giuliani called President Trump this week to reassure him that he had been joking when he told media outlets he had “insurance” if Trump turned on him in the Ukraine scandal, Reuters reports.

Attorney Robert Costello said Giuliani “at my insistence” had called Trump “within the last day” to emphasize that he had not been serious when he said he had an “insurance policy, if thrown under the bus.”

“The House Judiciary Committee will hold its first hearing next week on the impeachment of President Donald Trump, the next phase in the process that could result in the third-ever presidential impeachment before the end of the year,” Politico reports.

“The hearing, scheduled for next Wednesday, will focus on the definition of an impeachable offense and the formal application of the impeachment process. The panel will invite White House lawyers to attend and participate.”

Playbook: “We have some intel to report about the next phase of the impeachment inquiry, but we are going to do so with this caveat: Nailing down this White House is like trying to tack Jell-O to a wall. They are ever shifting, and they hardly stay on the same page on trivial matters, let alone decisions of the utmost import. Look no further than this week, when they couldn’t decide on a message about the gender of a dog.”

“So, here we go as of right now, people close to President Trump on the White House staff and on Capitol Hill do not believe he will send a lawyer to participate in next week’s Judiciary impeachment hearings, as is his right.”

“This comes after weeks of complaining that the process was rigged against him because he didn’t have representation.”

“Viewing of live gavel-to-gavel coverage that aired on Fox News, CNN, MSNBC and the three major broadcast networks peaked on its opening day, Nov. 13, when it reached an average of 13.1 million viewers. By the fifth session on Nov. 21, the audience leveled off to 11.3 million, comparable to what a top-rated non-sports entertainment program draws in prime time. Fox News was the most-watched network each day.”

“Legal experts say the fight over whether White House counsel Don McGahn must testify under subpoena before Congress could be settled at the Senate impeachment trial before it finishes its path through the courts,” The Hill reports.

“A federal judge on Monday ruled against the Trump administration, deciding that McGahn must comply with a House Judiciary Committee subpoena seeking his testimony.”

“The ruling is being appealed, but Democrats could look to secure testimony from McGahn and other key witnesses directly at the Senate trial, where Chief Justice John Roberts would preside, experts said. There, Roberts would have a key role in deciding questions about admitting evidence before the case even gets to the Supreme Court.”

The House Oversight Committee filed suit against Attorney General William Barr and Commerce Secretary Wilbur Ross over their refusal to comply with congressional subpoenas in the investigation over the failed effort to add a citizenship question to the 2020 census.

“My fellow Republicans, please follow the facts. It’s not enough merely to dismiss the Ukraine investigation as a partisan witch hunt or to hide behind attacks against the ‘deep state,’ or to try to find some reason to denounce every witness who steps forward, from decorated veterans to Trump megadonors. History demands that we all wrestle with the facts at hand. They are unavoidable.”

“About 90 additional foreign students of a fake university in metro Detroit created by the Department of Homeland Security have been arrested in recent months,” the Detroit Free Press reports.

“A total of about 250 students have now been arrested since January on immigration violations by U.S. Immigration and Customs Enforcement (ICE) as part of a sting operation by federal agents who enticed foreign-born students, mostly from India, to attend the school that marketed itself as offering graduate programs in technology and computer studies.”

Elaina Plott: “It’s rare that any of Trump’s associates seems ‘safe’ in his or her standing with the president. (Trump, of course, fired his first chief of staff, Reince Priebus, via a tweet from the tarmac of Andrews Air Force Base after just six months on the job, while an unsuspecting Priebus sat in a black SUV nearby.) But current and former White House officials and lawmakers close to Trump told me that Giuliani is uniquely positioned in this moment. He is in many ways Trump’s closest ally apart from his family, having cultivated a mutual affection and trust over several decades.”

“But if scorned, he could also prove to be Trump’s worst enemy—a dynamic that Giuliani himself has been happy to tout in recent media interviews, joking, essentially, that he knows too much for Trump to risk axing him. Added to that, the sources said, is the fact that Trump has dug in his heels on impeachment: To condemn Giuliani, they said, would be to concede that this administration’s dealings with Ukraine were short of, in the president’s words, “perfect”—something Trump and his allies are not at all willing to do.”

Politico: “Flynn had been on track to be sentenced Dec. 18… District Judge Emmet Sullivan hasn’t indicated how he will handle Flynn’s shift in defense strategies. But the appointee of President Bill Clinton did agree to a joint request from federal prosecutors and Flynn’s attorneys filed Tuesday night asking reshuffle his sentencing schedule in part because of a Justice Department inspector general report that’s slated for release Dec. 9.”

“The Trump administration has moved to substantially cut its contribution to NATO’s collective budget according to several US and NATO officials, a symbolic move that comes as many continue to question President Trump’s commitment to the transatlantic alliance as he prepares to attend a summit to mark its 70th anniversary in London next week,” CNN reports.

CNN: “Given that the White House had previously given plenty of advance notice about the President’s past physical exams, last weekend’s visit to Walter Reed reportedly took everyone by surprise, including much of the staff at the hospital itself. Whenever the President is planning a visit to Walter Reed, an institution-wide notice goes out, making staff aware of certain road and corridor closings. According to a person familiar with the matter, that didn’t happen last weekend. Also striking: the fact that the president’s physician, Dr. Sean Conley, rode with Trump in the presidential motorcade. Typically, the doctor rides separately from the President for security reasons. A former White House doctor said it had never happened during their time there.”

“All tests Conley described could’ve been performed at the White House instead of the hospital. Many blood tests require the patient to fast overnight and are thus performed first thing in the morning — not in the middle of the afternoon, as apparently happened with the President. And remember, the President had these tests just nine months ago. One of the reasons doctors wait a year to order labs for a routine physical is to better assess the impact of medication and lifestyle changes over a consistent interval of time. There is no benefit to drawing the blood early, unless there is a concern about something. Finally, there is no such thing as a phased physical exam, as Trump had described it in his tweet from last weekend.”

0 comments on “What Now?! – Thanksgiving”