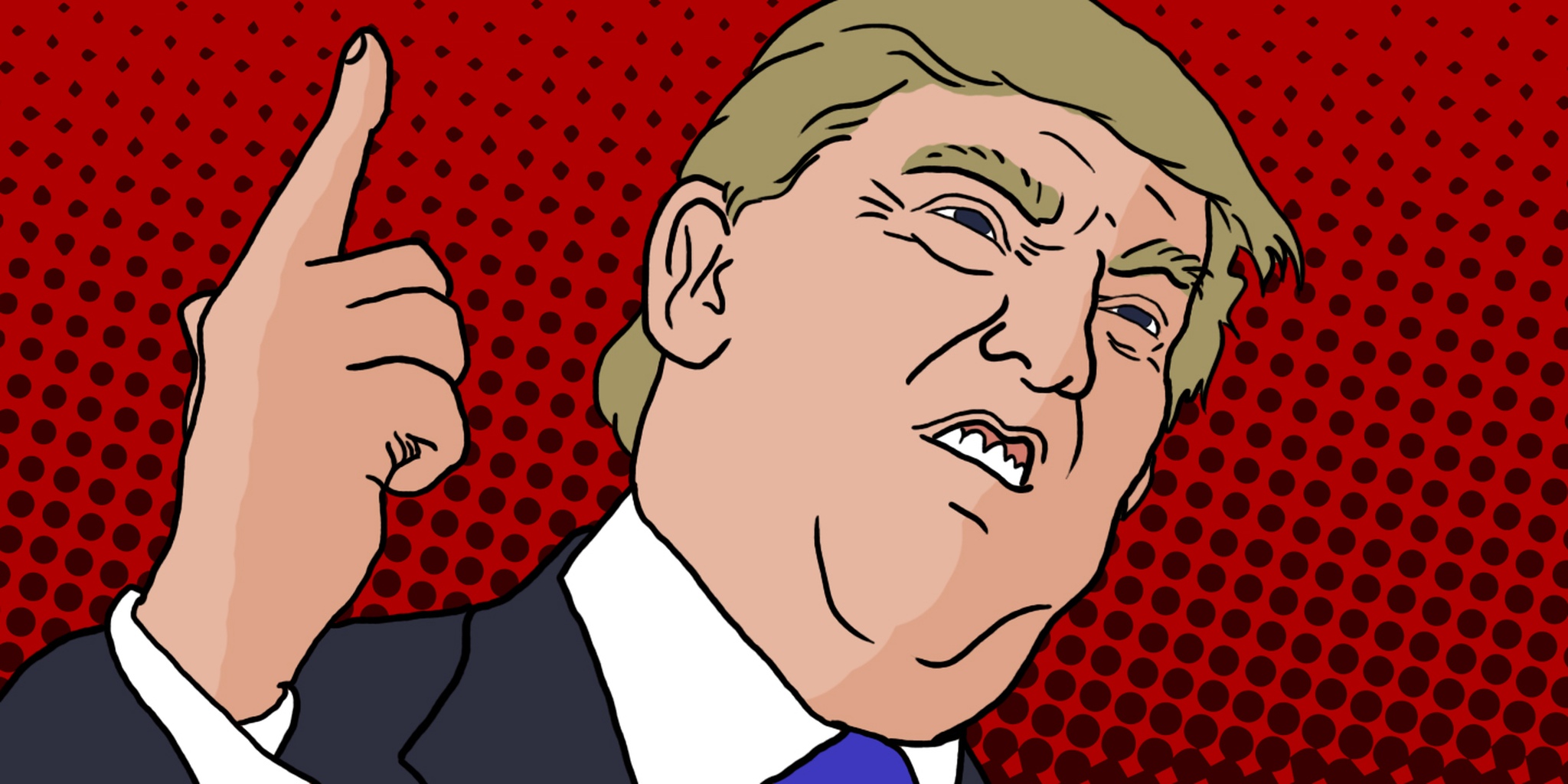 First Read points out that the more than 2,700 pages of transcripts released from the House impeachment inquiry show something more than President Trump asking a foreign country to investigate a political rival.

Playbook: “We are beginning what is a pivotal week for Donald Trump and his presidency. Most notably: the public impeachment proceedings, which begin Wednesday and continue Friday. On Tuesday, we expect the release of a second transcript of a phone call between the president and Ukraine’s Volodymyr Zelenskiy.”

“Also: The president of Turkey — a country some in the Trump administration said was responsible for war crimes — will come to the White House and appear alongside the president for a news conference. Talks resume this week to avoid a government shutdown in 10 days. And if the administration is to complete the USMCA, progress needs to be made in short order.”

ABC, CBS, NBC and PBS on Wednesday will preempt their regularly scheduled programming for live coverage of the House Intelligence Committee’s open impeachment hearings of President Trump, The Hillreports.

As expected, all of the major cable news networks, including Fox News, MSNBC, CNN and CSPAN will also offer live coverage.

Without evidence, President Trump questioned the accuracy of the transcripts from the closed-door interviews in the impeachment inquiry.

Said Trump: “Shifty Adam Schiff will only release doctored transcripts. Republicans should put out their own transcripts!”

However, Fox News reporter Chad Pergram tweets: “At no point have House Republicans who were present for the depositions and combed over the transcripts which were released, contested the authenticity of any of the transcripts.”

“A former British army officer, who helped start the ‘White Helmets,’ an emergency response group in Syria, has been found dead near his home in Istanbul, just days after the Russian foreign ministry menaced him, accusing him of being a spy,” the Independent reports.

“The police have yet to confirm how James Mesurier died, but he is believed to have fallen from the balcony of his apartment in the Turkish city at dawn on Monday.”

A federal judge has decided that President Trump can’t sue New York state officials in a Washington, DC, court, to stop the release of his tax returns, CNN reports. The judge in Monday’s decision, Carl Nichols, is a Trump appointee to the federal bench in Washington.

CNN: “Giuliani was overheard discussing the plans with an unidentified woman while at a crowded New York City restaurant, Sant Ambroeus, over lunch on Saturday. The conversation, which lasted more than an hour, touched on details including dates for recording and releasing the podcast, settling on a logo, and the process of uploading the podcast to iTunes and other podcast distributors.”

I am sure prosecutors from many jurisdictions will be listening in. Has there been a dumber lawyer in the history of history?

New York Times: “Of all the places for Russia to try to swing a presidential election, Madagascar is perhaps one of the least expected. … But two years after the Russians’ aggressive interference in the United States, here they were, determined to expand their clout and apply their special brand of election meddling to a distant political battleground.”

“The operation was approved by President Vladimir V. Putin and coordinated by some of the same figures who oversaw the disinformation around the 2016 American presidential election, according to dozens of interviews with officials in Madagascar, local operatives hired to take part in the Russian campaign and hundreds of pages of internal documents produced by the Russian operatives.”

“Three key witnesses in the House Democrats’ impeachment inquiry will testify this week in a series of nationally televised hearings that Democrats are hoping will shock Americans enough to convince them that President Trump must be removed from office,” Axios reports.

“This public phase of impeachment is arguably the most important part of Democrats’ efforts so far, as public sentiment will determine how this plays out.”

“First up on Wednesday is the top U.S. diplomat in Ukraine Bill Taylor, whose explosive closed-door testimony last month has been described by many Democrats as the most damaging to Trump. State Department official George Kent will also appear on Wednesday. The committee will interview former U.S. Ambassador to Ukraine Marie Yovanovitch on Friday.”

Axios: “Republicans plan to unleash their top attack dogs — including Rep. Jim Jordan, who was just made a member of the committee on Friday, and his general counsel Steve Castor, who will lead their interrogation.”

“President Trump is expected to announce this week that he is putting off a decision on whether to impose tariffs on European Union autos for another six months,” Politico reports.

“That would avoid a new bruising dispute with one of the United States’ biggest trading partners, just as Trump is trying to put out another trade fire by striking an initial deal with China. But it would also set the stage for Trump to revisit the controversial trade issue in the throes of next year’s presidential campaign.”

Hanging in a building overlooking the site of President Trump’s Veterans Day speech is a huge sign in the windows that says “IMPEACH,” the AP reports.

Jonathan Swan: “John Bolton is the impeachment inquiry’s biggest wildcard. People around the president say they are worried about what notes Trump’s former national security adviser has kept and when he might divulge them.”

“These sources, including both current and former senior administration officials, tell me that the former national security adviser was the most prolific note-taker at the top level of the White House and probably has more details than any impeachment inquiry witness, so far, about President Trump’s machinations on Ukraine.”

Donald Trump Jr., whose new book accuses his opponents of censorship and stifling open debate, stormed out of his own book launch Sunday after being heckled for refusing questions, The Guardian reports.

Wall Street Journal: “And while he says he is focused solely on the president’s re-election, his efforts have fueled speculation among supporters about his own political ambitions.”

“Mr. Trump Jr. demurs when asked about his political future, saying his sights are set on 2020. He did more than 70 events around the country ahead of the 2018 midterms and will do far more this time. While he is a valuable stand-in with conservative voters, his appeal may be more limited in the suburban areas where the president is struggling. Still, he said he’s willing to campaign anywhere.”

“President Evo Morales of Bolivia, who came to power more than a decade ago as part of a leftist wave sweeping Latin America, resigned on Sunday after unrelenting protests by an infuriated population that accused him of undermining democracy to extend his rule,” the New York Times reports.

“Mr. Morales’s reluctance to give up power — first bending the country’s laws to stand for a fourth election, then insisting that he won despite widespread concerns about fraud — left him besieged by protests, abandoned by allies and unable to count on the police and the armed forces, which sided with the protesters and demanded he resign.”

“People close to John Bolton and Charles Kupperman said the two were flabbergasted by Mulvaney’s surprise request to join the lawsuit because they and others on the national security team considered Mulvaney a critical player in the effort to get the Ukrainian government to pursue investigations into Trump’s political opponents,” the Washington Postreports.

“Their objection is twofold: Bolton views Mulvaney as a key participant in the pressure campaign, a situation that the then-national security adviser referred to derisively as ‘a drug deal,’ according to congressional testimony by his aides. The two men were barely on speaking terms when Bolton left his post in September.”

“And they believe Mulvaney’s goal is to avoid testifying by joining a suit involving officials whose attorney has argued they may be limited in what they can share with Congress because of their role advising the president on national security matters.”

“Two political supporters of U.S. Energy Secretary Rick Perry secured a potentially lucrative oil and gas exploration deal from the Ukrainian government soon after Perry proposed one of the men as an adviser to the country’s new president,” the AP reports.

“Perry’s efforts to influence Ukraine’s energy policy came earlier this year, just as President Volodymyr Zelenskiy’s new government was seeking military aid from the United States to defend against Russian aggression and allies of President Trump were ramping up efforts to get the Ukrainians to investigate his Democratic rival Joe Biden.”