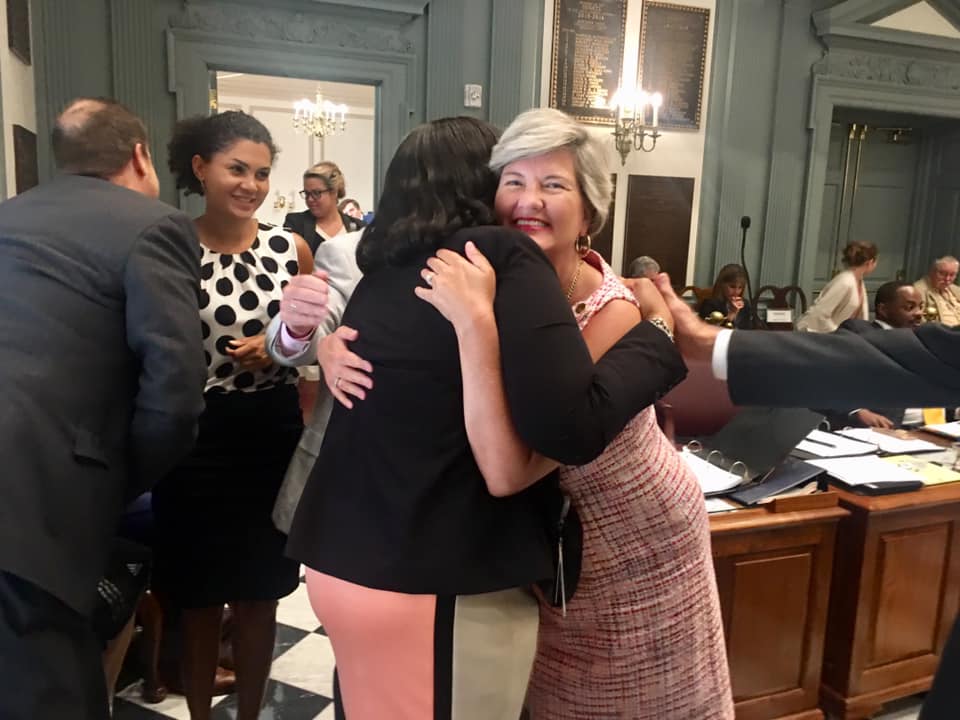 House Bill 79 would require that the State’s food safety standards for restaurants include a system for requiring healthy beverages to be offered as the default beverage within combination meals. So, for example, the default beverage for a McDonald’s Happy Meal would be milk or apple juice instead of Coca Cola. If the parent wants to give their kid a soda instead, they can order it.

The Senate voted 16-5 to approve the bill, and the vote breakdown was interesting. Bruce Ennis and Darius Brown voted no, long with Republican Senators Hocker, Lawson and Pettyjohn. The House vote was a more normal partisan affair, with 11 Republicans voting no, because by God! children must drink sugar because freedom! The bill now goes to the Governor for his signature.

“We know that sugary drinks like soda are a major health risk,” Said Sen. Laura Sturgeon, D-Brandywine, who sponsored the bill in the Senate. “This bill is a reasonable step not just to mitigate that risk for children but to respect the rights of parents to have a say in what kinds of foods and drinks their children are served in Delaware restaurants.”

“This isn’t a ban, a tax, or any other kind of hardline policy. Instead, it merely asks that restaurants don’t serve soda by default in kid’s meals. I think that’s a fair ask and I thank my colleagues for helping me get this bill passed in the Senate today.”

“House Bill 79 is an important step in teaching our children healthy lifestyle choices. Oftentimes when eating out, we take the easiest or fastest option,” said Rep. Melissa Minor-Brown, D-New Castle, prime sponsor of the measure. “With the current rising rates of diabetes, obesity and heart disease, this generation’s life expectancy is being cut short and frankly they are not expected to outlive their parents. We have to continually work to change these statistics. By switching the default beverage in a kid’s meal from a sugary drink to a healthy choice, we can lower childhood obesity rates, decrease our children’s affinity for sugar and add a nutritious supplement to their meals. I’m so pleased this legislation is on its way to Governor Carney for his signature.”