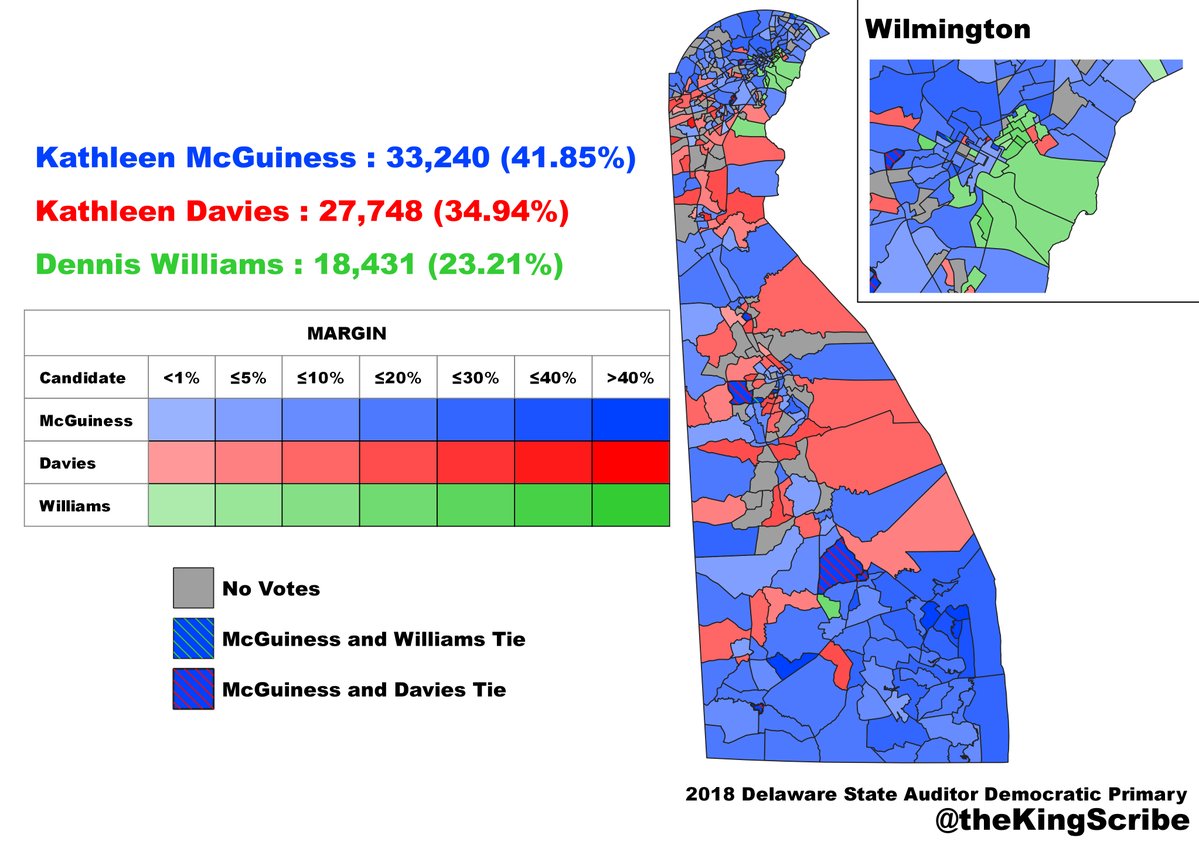 We will be featuring the work of a local election data analyst named Nicholas Schrieber over the course of the next several months (if not longer).  He has been going through the voting data and producing very informative maps that we will feature here.  First up, the Democratic State Auditor primary between Kathy McGuiness, Kathleen Davies and Dennis E. Williams.

Now, as you can see in the map below, Dennis Williams won several Wilmington precincts.   Anecdotally, the rumor is that many voted for Mr. Williams in Wilmington thinking that he was former Mayor Dennis P. Williams.

Right click on the image below to open the image in a new tab for a much larger version of the map.

29 comments on “Dennis Williams Wins Parts of Wilmington due to mistaken identity?”