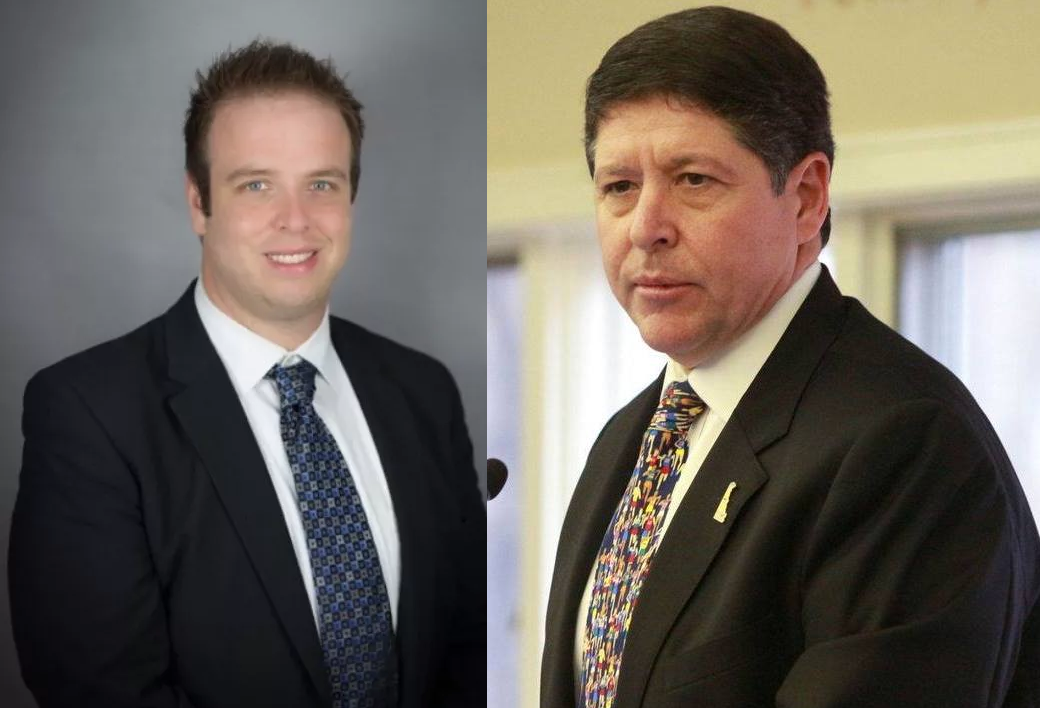 Steve Newton, well known as a founding member of the Delaware political blogosphere and known in Delaware political circles as a libertarian voice, has something reasonable to say about recent fights in the educational field concerning DSEA President Mike Matthews and State Representative Paul Baumbach, both of whom were themselves bloggers in earlier days (reprinted with Steve Newton’s permission):

I have these two friends. One is a teacher’s union leader and the other is a State legislator. There is a lot we don’t agree on, a lot we do, and certainly a lot of areas we’ve never talked about. The key to not agreeing is that we’ve been pretty careful not to treat each other like crap just because one wants a $15 minimum wage or the other thinks some gun control laws would be a good thing.

We argue, but we don’t really ever fight, possibly because we figure that the things that bind us together are more important than the things that pull us apart. Or maybe it’s just a throwback to the times in America when your opponent didn’t have to be the Spawn of Satan.

But recent events in Delaware social media have convinced me that (finally) that those days are gone forever, and nobody but me misses them.

My friend Mike Matthews, the DSEA President, has been firm opponent of corporate education reform, bizarre teacher accountability schemes, and high-stakes standardized testing. When he was chiefly known for those opinions, the single-issue education crowd and the tea party and a lot of centrists Democrats were willing to cut him some slack on the fact that he’s a gay man in a monogamous relationship who also identifies with all the causes of the Progressive Democrats of Delaware. Mike’s an “opt-out” advocate, therefore a stand-up guy.

Then came Regulation 225 that, flawed as it may be, was the first piece of regulation ever explicitly designed to protect the rights of transgendered kids, and Mike supported it. Wholeheartedly. And he suddenly became a “sell out” and a guy in “an alternative lifestyle” (which was one of the nicer quotes) who “only cares about gay kids.” Even other opponents of corporate school reform sometimes joined the press, asking Mike why he had abandoned “parents’ rights.” (Apparently the right of parents to make their child’s life a living hell for being different is somewhere protected in the Magna Carta, or the Constitution, or the King Jimmy Bible.)

Teachers who sat back quietly while the old DSEA leadership sold out their members time after time during the past gubernatorial administration as suddenly claiming that with Mike the Anti-christ in office they are mailing back their DSEA ID cards.

Or consider Paul Baumbach, the progressive who fought for two years to re-legalize home birth with midwives (purely out of principle, by the way), continues to fight for the rights of the tenants of manufactured housing, and who has been a thoughtful critic of what’s going on in our schools.

Yet let Paul come forward with a bill to shorten the terms of school board members, or one to make it easier to remove school board members who don’t do their jobs, the suddenly Paul is the other anti-christ. No matter how often he says he thinks this is a good process idea, the people imposing anti-ed reform dogma are suddenly empowered to know his motives (which simply CANNOT be what he says they are). He’s obviously a sell-out.

The irony here is that I don’t agree with Mike that Regulation 225 should be passed as is, and I don’t agree with Paul that unelected State Board of Education members should have the power to remove members of local school boards. I think they are both thoughtful individuals whose ideas attack serious issues. Both understand completely how to play the long game.

They both had to have secret hidden motives and nefarious plans to betray all of the things their orthodoxy-loving acquaintances stand for.

I’ve cured this problem for myself, if not for them. I suddenly realized that my life was not being improved by listening to or reading about this kind of garbage. So I started dumping sites and groups from my feed (I got dumped by others). And my feed is now pretty much filled up with my real friends (including Paul & Pam and Mike & Jose) or posts about comic book collecting (which I’m currently more into than politics). (Way more into.)

I know the real world is still out there, I just prefer not.

Except that my friends are my friends, even when I disagree with them, and nobody who has contributed as much to Delaware as these two should be put through the wringer of holier-than-thou judgmental bullshit.  Those of you who did it know who you are, and you really ought to be at least embarrassed if not downright ashamed.