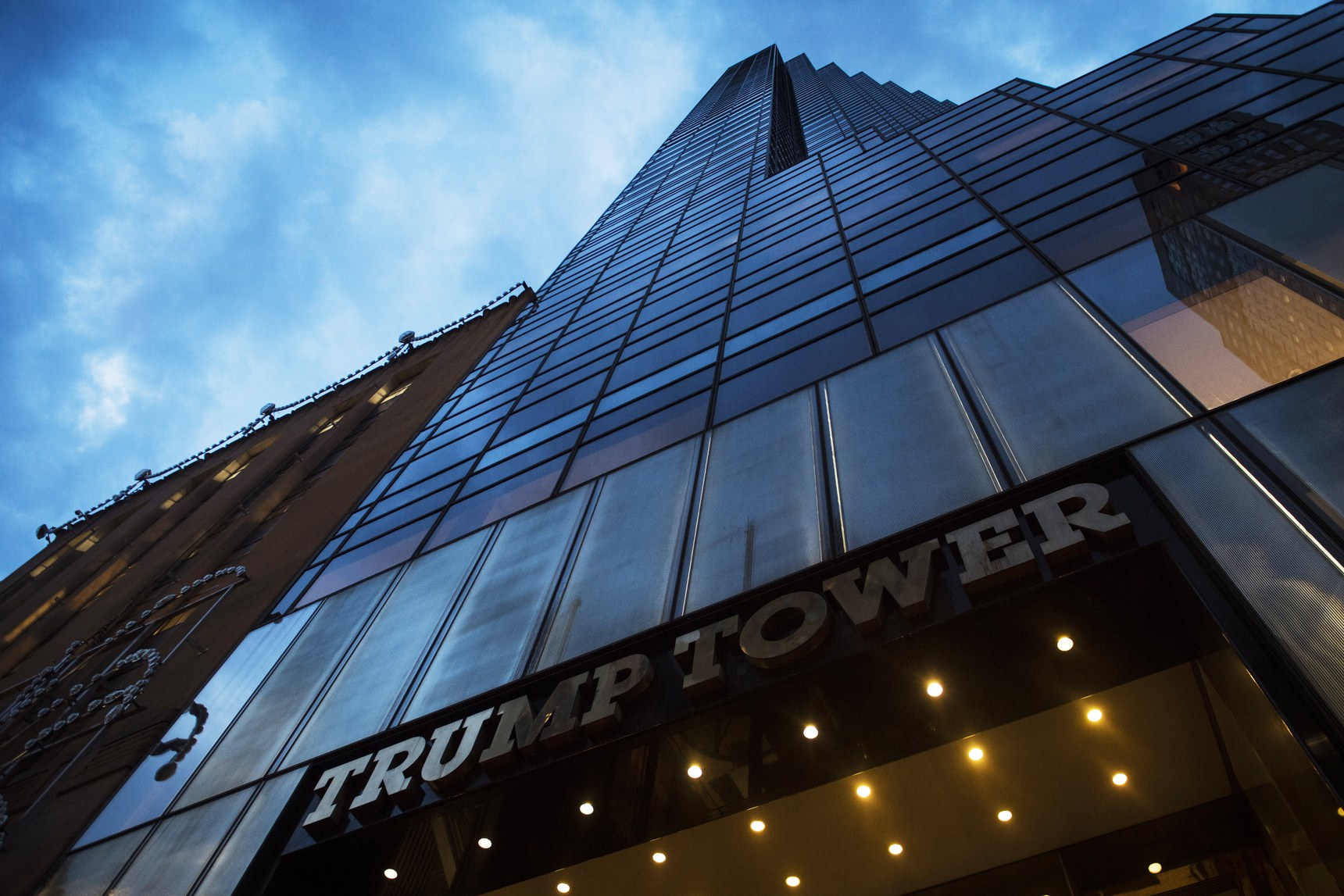 FBI Director James Comey continues to atone for his sins: The New York Times reported Sunday evening that FBI Director James Comey has asked the Justice Department to publicly rebuke President Donald Trump’s claim that President Obama ordered the tapping of Trump’s phones — a claim completely unsupported by evidence, and one that insinuates the Bureau broke the law. “Mr. Comey has argued that the highly charged claim is false and must be corrected…” However, since his reported request, the Justice Department, under the evil racist and perjurer Jefferson Sessions, has not issued a statement. “A statement by Mr. Comey refuting Mr. Trump’s allegations would be a remarkable rebuke of a sitting president,” the Times writes, “putting the nation’s top law enforcement officials in the position of questioning the truthfulness of the government’s top leader. The situation underscores the high stakes of what the president and his aides have set out by accusing the former president of a conspiracy to undermine Mr. Trump’s young administration.”

James Clapper, the former Director of National Intelligence put to bed Trump’s alt-right conspiracy that President Obama personally ordered an illegal wiretap of Trump Tower in 2016, and when asked by NBC’s Chuck Todd if it existed, he unequivocally said, “I can deny it.”

If many millions lose insurance, then it's not really an Obamacare "replacement"https://t.co/QZ7gX6PSyR

Washington Examiner: “If you pay $200,000 a year to the company Donald Trump owns, you too can have access most weekends to the president and his top officials. As an alternative, your organization could cut a $150,000 check to bring in a couple of hundred people who will have a chance to schmooze with the president and cabinet officials. Foreign moguls and dignitaries welcome.”

“This isn’t Bill Clinton’s Lincoln Bedroom. This isn’t the Clinton Foundation during Hillary’s reign at the State Department. This is Mar-a-Lago.”

It's cool and good that our government has literally been moved to a country club. https://t.co/PfR6Ax9WsD

“Saying their patience is at an end, conservative activist groups backed by the billionaire Koch brothers and other powerful interests on the right are mobilizing to pressure Republicans to fulfill their promise to swiftly repeal the Affordable Care Act,” the New York Times reports. “Their message is blunt and unforgiving, with the goal of reawakening some of the most extensive conservative grass-roots networks in the country. It is a reminder that even as Republicans control both the White House and Congress for the first time in a decade, the party’s activist wing remains restless and will not go along passively for the sake of party unity.”

“With angry constituents storming town hall-style meetings across the country and demanding that Congress not repeal the law, these new campaigns are a sign of a growing concern on the right that lawmakers might buckle to the pressure.”

Trump’s real difficulty will be in getting permission from property owners to build the wall..resistance is buildinghttps://t.co/I4yuldNg43

Some problems are hard to solve. President Trump’s assertion that President Barack Obama was tapping his phones prior to the election is not one of them.  The media, of course, is dutifully reporting denials of Trump’s charges from Obama’s spokesman and sources in the intelligence community.  And, as expected, Trump supporters are jumping to his defense with the argument that the media eagerly takes the word of Trump’s critics whenever they attack him, but won’t — unfairly — give credence to what Trump has to say.

Mr. President: If there was a wiretap at Trump Tower, that means a fed judge found probable cause of crime which means you are in deep shit. https://t.co/i7dUMtHXmo

“It’s important to remember that much isn’t yet known about the whole controversy, particularly the contacts between Trump campaign officials or advisers and the Russians. That there were contacts is not in dispute. Some appear routine, but the circumstances and the content of all those contacts is far from fully known. It’s possible they will add up to little or nothing. It’s also possible they will add up to something significant.”

Fmr Bush AG: Wiretap would mean "there was some basis to believe somebody in Trump Tower may have been acting as an agent of the Russians." pic.twitter.com/yaKV0mYXRG

The Washington Post reports that President Trump left the White House “in a fury” on Friday, “fuming about Jeff Sessions’s recusal and telling aides that the Attorney General shouldn’t have recused himself” on a story he thought was “bull.”

Jonathan Swan: “To understand Trump’s psychology you need to grasp that the worst sin in Trumpland is to back down. The staff who’ve been with Trump the longest have internalized that fact. Their first instincts in any controversy are to deny and attack. Aides who don’t get Trump enrage him by being too willing to back down. In Trump’s mind, an inch of retreat — even if the facts seemingly demand an apology — is unforgivable.”

BuzzFeed: “A sobbing 13-year-old girl recorded the arrest of her undocumented immigrant father in Los Angeles shortly after a school drop-off, the latest deportation-related enforcement action to receive renewed scrutiny under the Trump administration.”

New York Times: “The president was irritated that Mr. Sessions did not more carefully answer the questions he was asked under oath, according to people who spoke with him. His larger frustration, however, was not with Mr. Sessions, but with whoever revealed the meetings to reporters for The Washington Post.”

“Mr. Trump, according to his advisers inside and outside of the White House, has felt besieged by what he regards as a mostly hostile bureaucracy, consisting in part of Democrats and people who opposed his election who are now undermining his presidency with leaks. He believes that they are behind the stories about confusion and dysfunction in his administration and, most of all, that they have made his relationship with Russia a recurring issue.”

Washington Post: “White House chief strategist Stephen K. Bannon, senior adviser Stephen Miller and National Trade Council director Peter Navarro have all voiced internal support for the creation of a border adjustment tax or something like it. They believe it would incentivize companies to keep jobs in the United States and raise the cost of items that are imported.”

“But Treasury Secretary Steve Mnuchin and National Economic Council Director Gary Cohn have raised concerns, the officials said, speaking on the condition of anonymity because the deliberations are private. They are backed by a number of Senate Republicans who have told the White House they would block any bill that creates a new tax on imports.”

“The divide has the potential to scuttle one of President Trump’s top domestic agenda items — tax reform, which he views as key to boosting the economy and prompting employers to create more jobs in the United States.”

“Congressional Democrats have been forcing Republicans to cast tough votes on President Trump — and they’re just getting started,” The Hill reports.

“In recent days, Democrats have triggered votes related to Trump’s tax returns, business relationships and ties to Russia in an effort to cast Republicans as complicit in the secrecy surrounding Trump’s finances.”

“None of the votes succeeded, but Democrats remain undeterred as they seek to fire up their liberal base ahead of next year’s midterm elections.”

Ed Kilgore says Trump got no bump:  “The traditional arbiter of these things, Gallup, which has done a daily tracking poll of presidential job approval since the Van Buren administration or so, had Trump at 43/52 the day of his speech. The day after he was at 43/51. Rasmussen had Trump at 50/50 on both days (though he did move up to 52/48 today, down a net point from where he was on February 24). Economist/YouGov had a poll that included some post-speech data. It showed Trump’s job-approval rating at 45/51, a deterioration from 48/48 last week.”