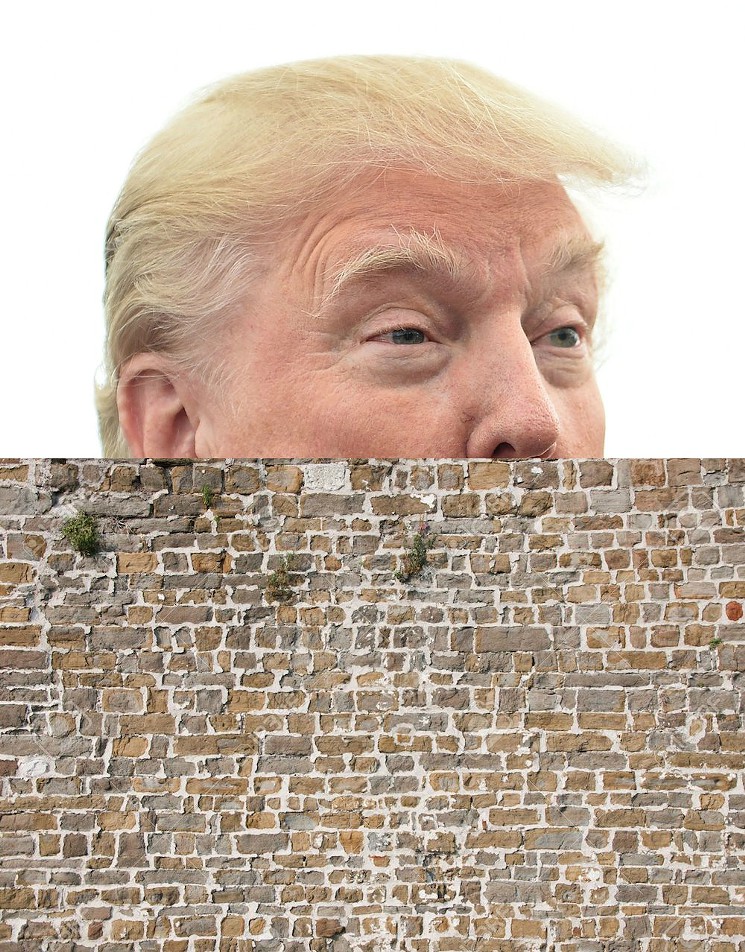 If Dems are looking for a win, Josh Marshall at TPM has a present for them. Read the entire article!

The “who’s paying for it” question needs to be hammered home. After all, Trump was crystal clear on who was paying for his folly – Mexico. No way, that’s happening – which says a lot about President “I’m the best negotiator in the world!” Trump.

The ‘Mexico will pay’ song and dance was always about dominance and power, not budgetary savings. Democrats should confront it on those terms. The precise dollar amount isn’t the point. After all the promises about his strongman power, how Trump bends the weak to his will, Trump got owned and now is sticking taxpayers with the cost of his nonsensical promises about how we’re just ‘fronting’ the money. He got owned. He lied. And now he’s resorting to the same ‘oh you’ll get paid later’ flimflam he’s used to rip off countless investors over the years.
[emphasis mine]

This stupid wall was what he ran on. It was the only thing he was consistent on. We’re going to build a wall, and Mexico is going to pay for it. He must have said it a thousand times. If you believed that, you’re a sucker. Anyone with a function brain cell knew this was a big ol’ lie. Oh, and here’s your bill for The Wall.

Marshall goes on to point out how Republicans will “green light” the wall and bill the American people. His advice to Dems is to go after them by saying, “They’re trying to clean up Trump’s mess with your money!”

(HyperbolicDem has a post up about personalizing our message. I’d say, this fits the bill!)

His closing comments are instructions that need to be followed:

“It’s a gift for the Democrats. Please open it.”