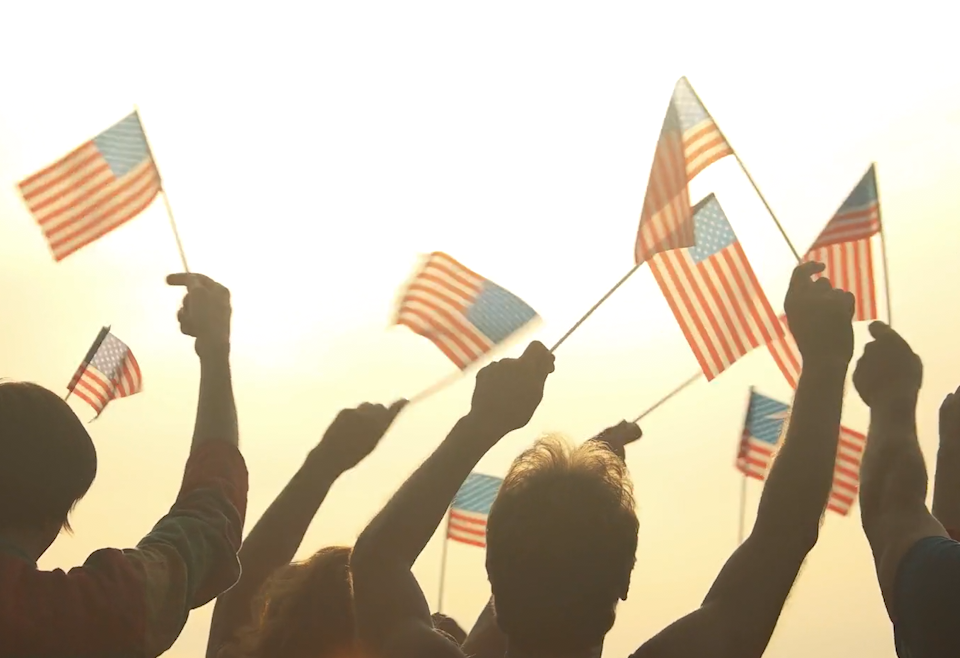 The U.S. on Friday set a record for daily new coronavirus cases with 56,015, after breaking Thursday’s record of 55,220, which broke Wednesday’s record mark of 52,789, The Hill reports.

“After several months of mixed messages on the coronavirus pandemic, the White House is settling on a new one: Learn to live with it,” NBC News reports.

“Administration officials are planning to intensify what they hope is a sharper, and less conflicting, message of the pandemic next week, after struggling to offer clear directives amid a crippling surge in cases across the country. On Thursday, the United States reported more than 55,000 new cases of coronavirus and infection rates were hitting new records in multiple states.”

“At the crux of the message, officials said, is a recognition by the White House that the virus is not going away any time soon — and will be around through the November election.”

So. Learn to live with it. If you die, you die. If your family dies, then they die. That is a hell of a reelection message.

Geoffrey Berman, the former U.S. attorney for the Southern District of New York, is scheduled to testify to the House Judiciary Committee next week on the circumstances of his forced resignation, Politico reports.

“Ambassadors to Uruguay, France, Morocco and Italy sold shares in transactions that could have made them millions of dollars… Much of their sales were in January and continued throughout February, the records show. Their transactions line up with a timeline of federal and congressional announcements as the virus started sweeping across the globe earlier this year.”

“Vice President Pence’s trip to Arizona this week had to be postponed by a day after several Secret Service agents who helped organize the visit either tested positive for coronavirus or were showing symptoms of being infected,” the Washington Post reports.

“Pence was scheduled to go to Phoenix on Tuesday but went on Wednesday instead so that healthy agents could be deployed for his visit.”

Donald Trump’s boast that the United States would “win so much, you’re going to be sick and tired of winning” if he was president is turned against him in a new ad from Joe Biden.

“Most Texans will now have to wear a mask to the grocery store, hair salon and bus stop — but not to the voting booth during ongoing primary runoff elections,” the Houston Chronicle reports.

Gov. Greg Abbott’s (R) mask order exempts “any person who is voting, assisting a voter, serving as a poll watcher, or actively administering an election,” but he adds that “wearing a face covering is strongly encouraged.”

Former Obama economic advisor Jason Furman told CNBC that the U.S. government should consider mailing everyone a face covering to help slow the spread of the coronavirus.

Said Furman: “A fiscal stimulus plan that would have incredibly high bang for the buck would be for the government to print up masks … and mail them out to every American and tell every American to wear them.”

“President Trump said part of the reason he doesn’t regularly wear a mask is ‘everyone’s tested’ before they see him,” CNN reports.

“But multiple studies have raised questions about the accuracy of a coronavirus test the White House has used, and the Food and Drug Administration has received dozens of reports of potential problems with that test.”

The U.S. Supreme Court blocked a ruling that would have eased voting restrictions in Alabama during the raging coronavirus pandemic to make voting in the July 14 runoff election more safe, Reuters reports.

Venture capitalist Peter Thiel has declined to take part in President Trump’s re-election campaign because he doesn’t think Trump has much of a chance at winning, the Wall Street Journal reports.

One person in touch with Thiel said the investor called Trump’s campaign the “S.S. Minnow” in reference to the Gilligan’s Island ship that ran aground and stranded the show’s characters.

Politico: “Tucker Carlson’s audience is booming — and so is chatter that the popular Fox News host will parlay his TV perch into a run for president in 2024.”

The Hollywood Reporter speaks to Hillary Clinton: “We wouldn’t have been able to stop the pandemic at our borders the way that Trump claimed in the beginning, but we sure could have done a better job saving lives, modeling better, more responsible behavior. I don’t think we necessarily should have had as deep an economic assault on livelihoods and jobs as we have. So I know I would have done a better job.”