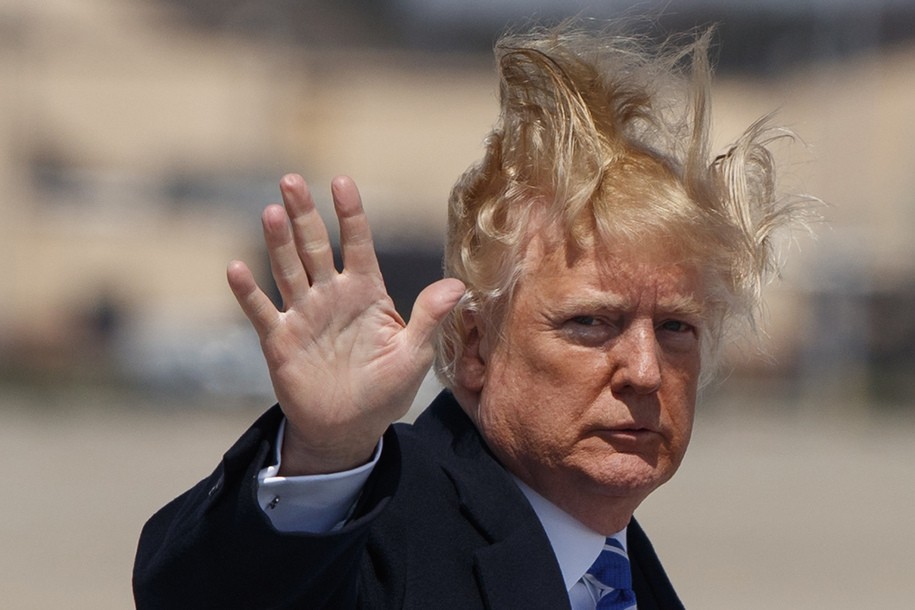 Rep. Rashida Tlaib (D-MI) said in a statement she will not visit Israel “under these oppressive conditions,” even though her humanitarian request to visit her grandmother, who lives in the occupied West Bank, had been approved, the Washington Post reports.

“Congressional Republicans recently circulated talking points on gun violence that falsely described the El Paso massacre and other mass shootings as ‘violence from the left,’” the Tampa Bay Times reports.

“A document… sent by House Republicans provides a framework for how to respond to anticipated questions like, ‘Why won’t you pass legislation to close the ‘gun show loophole’ in federal law?’ and ‘Why shouldn’t we ban high-capacity magazines?’ The answers are boilerplate Republican arguments against tougher gun restrictions.”

“But it also included this question: ‘Do you believe white nationalism is driving more mass shootings recently?’ The suggested response is to steer the conversation away from white nationalism to an argument that implies both sides are to blame.”

Every Republican alive can well and truly go fuck themselves. You are all horrible and evil people.

Washington Post: “Mounting signs of global economic distress this week have alarmed President Trump, who is worried that a downturn could imperil his reelection, even as administration officials acknowledge that they have not planned for a possible recession.”

“Privately … the president has sounded anxious and apprehensive. From his golf club in New Jersey, where he is vacationing this week, Trump has called a number of business leaders and financial executives to sound them out — and they have provided him a decidedly mixed analysis.”

John Harwood: “If ever the U.S. economy could use a strong tax cut tail wind, it could use one now as conditions weaken around the world.” “But the tail wind isn’t there.”

“Instead, benefits from what President  Trump called “the biggest reform of all time” to the tax code have dwindled to a faint breeze just 20 months after its enactment. Half of corporate chief financial officers surveyed by Duke University expect the economy to shrink by the second quarter of 2020. Two-thirds expect a recession by the end of next year.”

“By pressuring the Israeli government to bar entry by two members of Congress, President Trump once again used the power and platform of his office to punish his political rivals,” the Washington Post reports.

“The president has grounded a military jet set for use by the Democratic House speaker, yanked a security clearance from a former CIA director critical of him, threatened to withhold disaster aid from states led by Democrats, pushed to reopen a criminal investigation targeting Hillary Clinton and publicly called for federal action to punish technology and media companies he views as biased against him.”

“Taken as a whole, Trump’s use of political power to pursue personal vendettas is unprecedented in modern history.”

“The official results of an autopsy showed that the financier Jeffrey Epstein killed himself in his Manhattan jail cell, the city’s medical examiner’s office said on Friday, determining that the cause of death was suicide by hanging,” the New York Times reports.

“Employees at several big companies, including Google and Whole Foods, are revolting against their bosses for accepting work from government agencies that enforce the Trump administration’s immigration policies,” Axios reports.

“The immigration debate has become so polarizing under President Trump that companies are now finding themselves at odds with their workforces for being involved at any level with the immigration enforcement process.”

Reuters: “Danish politicians on Friday poured scorn on the notion of selling Greenland to the United States following reports that President Donald Trump had privately discussed the idea of buying the world’s biggest island with his advisers.”

“Trump is due to visit Copenhagen in September and the Arctic will be on the agenda during meetings with the prime ministers of Denmark and Greenland, an autonomous Danish territory.”

Leo Hindery: “The truth is that the numbers that Trump holds up as proof of a thriving economy are masking an economy that, according to the two most credible early indicators, is actually on the precipice of a recession. One indicator is how Treasury bonds are doing, and Wednesday things went badly. The yield on 10-year bonds fell below the rate on the 2-year Treasury bond — this phenomenon, known as an inverted yield curve, has always been a reliable early indicator of a recession because it best reflects bondholders’ short-term expectations for the economy.”

“The other indicator is unemployment. Despite an official Bureau of Labor Statistics unemployment count of 6.1 million unemployed workers, the real unemployed worker figure is more like 11.5 million. By not counting the 1.5 million ‘marginally attached’ and ‘discouraged’ workers, and especially by not counting the 4 million workers who are ‘part-time-of-necessity,’ Trump’s official figure fails to capture the severe economic pain still being felt by far too many workers.”

Elaina Plott: “Trump has long used his rallies as a therapeutic escape of sorts, where he can loosen up and stream his own greatest-hits playlist without interruption from the outside world. For Trump, to hold court under the bright lights of a jam-packed stadium somewhere, anywhere, is to shut out the inconveniences that come with the reality of running a country. In the past few weeks alone, those inconveniences have included questions about whether he views nonwhites as sufficiently American, a series of mass shootings, fears of an economic recession, and the future of democracy in the Eastern Hemisphere.”

“Rallies allow both Trump and his supporters to leave these questions at the door—and, in the process, to be transported back to a time when the Trump presidency was nothing more than a glittering aspiration.”

“Indeed, the tension between past and present has come to define these outings more and more.”

“The decision comes amid heightened tensions with China as a trade war wages on and a crackdown on protesters in Hong Kong draws US criticism. The new weaponry — the largest US sale to Taiwan in several years — could further erode ties, since Beijing views the self-governing island as part of China.”

“President Trump suggested Thursday that the United States can tackle its gun violence problem in part by building more psychiatric institutions and reopening facilities that were shuttered decades ago,” the Washington Post reports.

Said Trump: “We’re looking at the whole gun situation. I do want people to remember the words ‘mental illness.’ These people are mentally ill… I think we have to start building institutions again because, you know, if you look at the ’60s and ’70s, so many of these institutions were closed.”

New York Times: “North Korea launched two projectiles yet again off its east coast on Friday, as South Korean analysts said President Trump’s repeated downplaying of the North’s weapons tests had given it a free hand to conduct them.”

“President Trump plans to meet Friday with Cabinet officials and other senior national security advisers to begin making arrangements for a step-by-step U.S. withdrawal from Afghanistan,” the Washington Post reports.

Said Scarmucci: “I think the guy is losing it, mentally. He has declining mental faculties; he’s becoming more petulant; he’s becoming more impetuous. Okay, you see just by the way he’s sweating, his body’s not doing well. It’s obviously not a guy that takes care of himself, right?”

He added: “This is an observational objective thing: the guy’s nuts. We’ve gotta defeat him. Everybody in the Republican Party knows it. They don’t want to lose their mantle of power and their mantle of leadership, so let’s primary the guy.”

More: “He is so narcissistic, he doesn’t see people as people. He sees them as objects in his field of vision. And so therefore, that’s why he has no empathy. … And by the way, if you and I were in his field of vision and he had a cold and the two of us had to die for him to get a Kleenex, you’re fucking dead. I mean, there’s no chance. You understand that, right?”