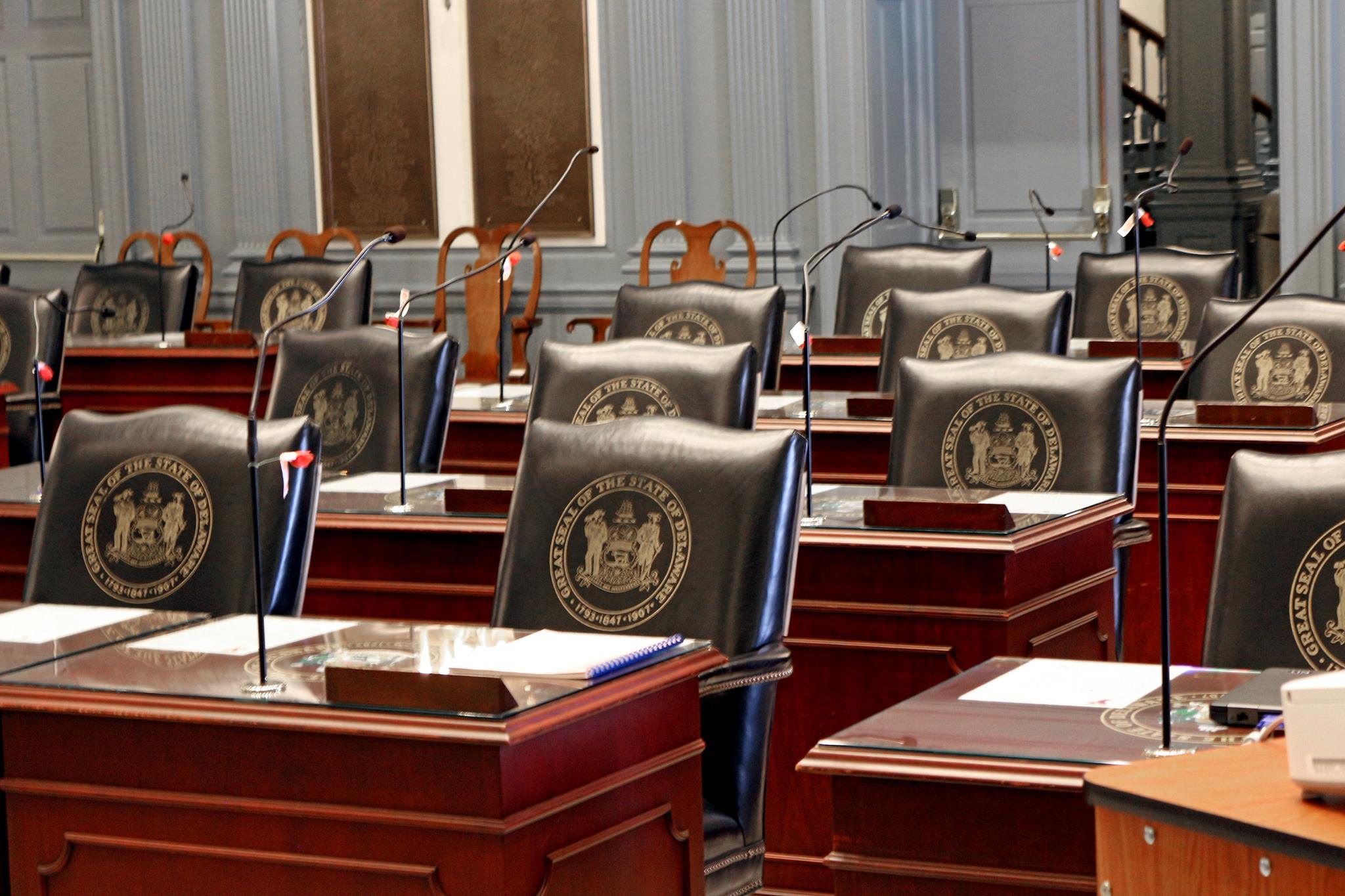 Check out our chart of the State-wide and General Assembly Offices that are up for election in 2018.    First the statewides:

We have an open race for the Attorney General (all open races will be highlighted in yellow), and what might be a three way primary contest among Democrats to replace Matt Denn.   Last night you had Deputy Attorney General LaKresha Roberts enter the race and Sean Lynn leave it (not that he ever really announced, he was just considering).  With Roberts immediately announcing that she would use the death penalty if elected, we are left without a anti-death penalty candidate in the race, and thus there is a wide open path for a progressive candidate focusing on criminal justice reform and opposing the death penalty.   Sending up the Bat Signal.

There are blank slates are on the GOP side for Congress, and on the Democratic side for Treasurer, and you get the sense that neither will be filled.   The reason on the GOP side is quite simple: no one want to mount a state wide campaign that they are bound to lose in a Democratic wave year.   But on the Democratic side regarding the Treasurer race, we do have a reason for someone to run: not giving Simpler a pass this year. If we don’t give him a pass, then he can’t fundraise and focus on an anticipated 2020 gubernatorial run.

It has been rumored that Rehoboth Beach Town Commissioner and former Lt. Governor candidate in 2016, Kathy McGuiness, wants to run for something, but she has been focused on possibly running for Auditor, despite the fact that a more qualified Democrat is already running. Hey, you can dislike Dennis E. Williams from your past experience with him as a State Representative if you want, but he is qualified with his background in accounting. Further, his prior experience in the General Assembly will serve him well in the Auditor position, as he will be independent from former Democratic colleagues while also being knowledgeable of how things work. If Mrs. McGuiness just has to run for something without any concern over her qualifications for the job, then she should run for Treasurer.  It doesn’t matter that she was once friends with Ken Simpler back in her decades as a Republican. You are allegedly a Democrat now and we need a sacrificial lamb to go up against him.

Onto the State Senate.

The Democratic majority in the Senate lies on a razor’s edge.  11-10.   And we have two Democratic Senators retiring: Senator Brian Bushweller in the 17th and the progressive hero Senator Margaret Rose Henry in the 2nd. It seems like we are destined to be let down by whomever Henry’s successor is to be, if we go by the three announced candidates so far. Consider this a Bat Signal for a better progressive candidate. Regardless, this seat will likely stay blue given the demographic and registration numbers in the Wilmington district. Still, replacing Margaret Rose Henry with Sam Guy is like replacing Barack Obama with Donald Trump.

In the 17th, State Representative Trey Paradee looks well positioned to keep the seat, though he does have three potentially interesting Republican challengers.  That primary should be fun. Republicans only need one seat to flip the chamber and this appears to be their only target in 2018 so far. They could also attempt to deny Hansen a reelection to a full term in her own right, which is really their only other legitimate opportunity. I would like the Democrats to challenge Bonini because he is one of Dover’s more ridiculous figures. And the 6th SD should be competitive in a Democratic year. So we need a candidate there.

In the House, Democrats have a 25-16 majority. Republicans have a pick up opportunity in the 29th RD, where incumbent Trey Paradee is leaving to run for the State Senate. But they need a candidate to step forward. Democrats have one in William Bush. This GOP pickup opportunity is tempered by a Democratic pick up opportunity in the 22nd RD, where, according to Delaware Liberal and other independent sources, Republican Joe Miro is retiring after several decades. According to my sources though, we do have a great candidate ready to go in that district, but they are waiting for Miro to announce his retirement out of friendly deference.

There are also open seats in relatively safe Democratic districts, the 5th and 16th RD, because incumbent Melanie George Smith moved out of the district (to the Paul Baumbach’s 23rd RD) and JJ Johnson is retiring, respectively. Jakim Mohammed, who chairs the 16th RD Committee, is a potential candidate according to this CrowdPac page. I hear that there are several candidates ready to run in the 5th. They should not wait in deference to Representative Smith. She can’t run in the 5th because she doesn’t live there. Her only decision is whether to primary Paul Baumbach or retire. So go ahead, candidates in the 5th: Announce!

A lot of districts that lack Democratic challengers and have been forever represented by Republicans are downstate. Places where people just accept that it is a Republican county or Trump country and thus don’t turn out to vote. Yet, these districts, given registration numbers, can be competitive in Democratic wave years like 2018. For example, in the the 37th RD, represented by Ruth Briggs King, there is an 144 vote difference between registered Republicans and Democrats. If Democrats come out and Republicans are dispirited and stay home, guess who wins the 37th? You do. If you run.

Same thing in the 39th RD, home of the Republican House Leader Danny Short. There is only an 38 vote difference in registration totals between Democrats and Republicans there. If you want to run for something, then run for something. Check out the Run for Something website. We already have a Run For Something success story here in Delaware:  In the 36th RD, represented forever by Republican Harvey Kenton, Democrat Donald Allan, Jr. is running to make a difference. And he is running on local issues:

“I’m an atypical candidate. I’m 36, married with a 3 year old daughter, and a carpenter. I will be running with the help of the national group Run For Something. The main focus of my campaign will be on the water issues that we are having in my part of Sussex County, as well as middle class “kitchen table” issues.”

Damn straight.  We will be posting his website, contact information and fundraising information once they are available and we will be speaking with him soon to give him and his candidacy as much publicity as possible in this small wonder of a state.   We will be doing that with every candidate that does us a favor to run for something.

2 comments on “Run for Something”