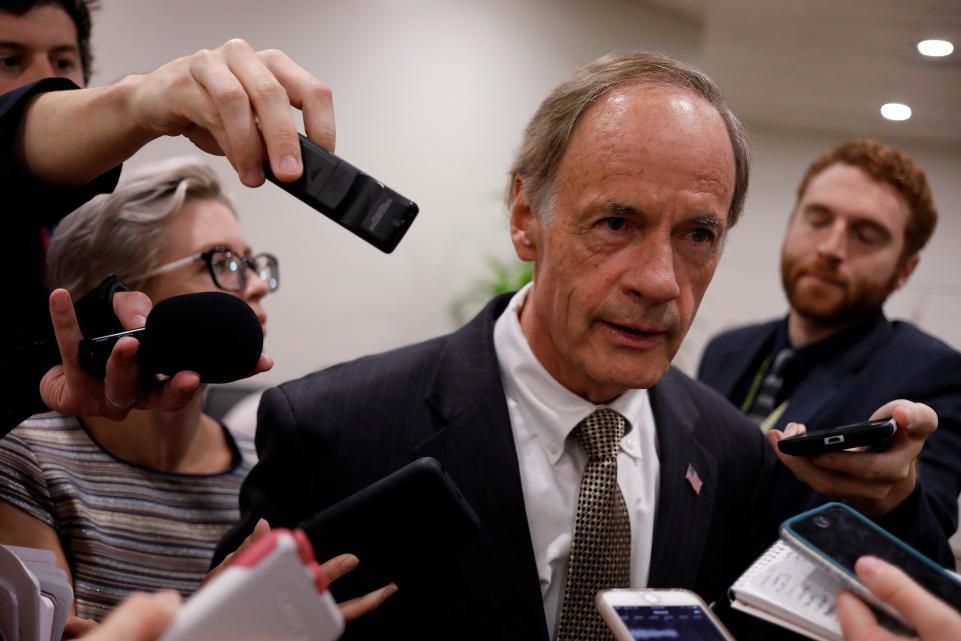 Said Carper: “Gary gets up and takes a call on his cellphone, comes back into the room, and says, we have somebody calling in from Asia, and it was the president, which was nice. Nice of him to do that. 15 minutes later, the president is still talking. And I said to Gary, it was a room where we’re all sitting around this big table, and I said, Gary why don’t you do this… just say, ‘Mr. President, you’re brilliant! But we’re losing contact, and I think we’re going to lose you now, so good-bye.’”

This may be the high point of Tom Carper’s career.  He should retire on top!

0 comments on “Carper hangs up on Trump”