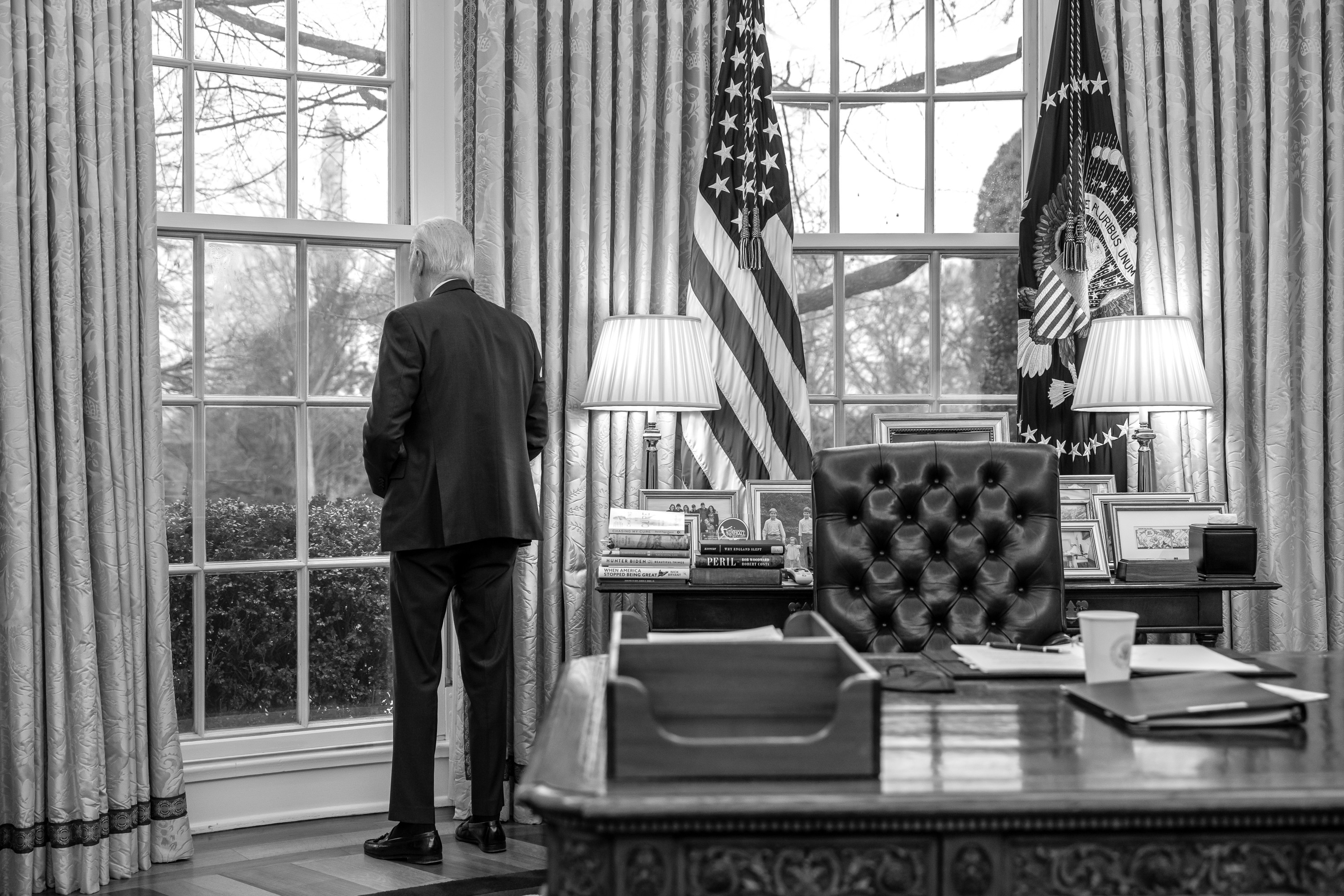 “Treasury Secretary Janet Yellen said she’s encouraged by progress on inflation, with energy prices and supply-chain issues easing across the globe even as the US labor market remains strong,” Bloomberg reports.

New York Times: “People across the country are finally experiencing some relief from what had been a relentless rise in living costs. After repeated false dawns in 2021 and early 2022 — when price increases slowed only to accelerate again — signs that inflation is genuinely turning a corner have begun to accumulate.”

“Inflation has slowed on an annual basis for six straight months, dipping to 6.5 percent after peaking at about 9 percent last summer, partly as gas has become cheaper. But the deceleration is true even after volatile food and fuel are stripped out: So-called core consumer prices have climbed 0.3 percent or less for each of the past three months. That’s faster than the 0.2 percent month-to-month changes that were typical before the pandemic but much slower than the 0.9 percent peak in April 2021.”

A Food and Drug Administration expert panel this week will consider a process for updating Covid shots that resembles the annual strain selection process for seasonal flu vaccines, Axios reports.

“House Republicans had hoped to make border security legislation one of the first bills they passed after retaking the majority,” the Washington Post reports.

“But their plans to bring a bill to the floor as soon as this week have been thwarted by backlash from moderate Republicans concerned that it would threaten migrants’ ability to seek asylum in the United States.”

“The clash highlights the tensions among House Republicans over how to revise the country’s immigration laws, with some lawmakers pushing a more aggressive approach to the border than others despite agreement that the Biden administration’s policies are failing.”

“House Speaker Kevin McCarthy (R-Calif.) on Monday appointed three hardline Republicans to the House Rules Committee, which sets the terms for legislation to be considered on the House floor,”Axios reports.

“The move fulfills a key concession McCarthy made to a group of 20 rebels in order to become House speaker earlier this month, and it gives right-wingers considerable new influence over the legislative process.”

Politico: “McCarthy’s decision will give the House GOP’s right flank the ability to put their stamp on everything — from what bills advance to the full chamber to the structure of floor debates and amendments — and they’re much less likely to go along with leadership.”

“Importantly, if Roy, Norman or Massie hang together they can effectively block legislation, including bills that McCarthy supports, from getting to the floor, as minority party members usually vote no on the 9-4 split panel.”

“I think Speaker McCarthy is gonna do just fine. It certainly was quite an adventure watching him get there, but I think things will settle down in the House and he’ll be just fine.” — Sen. Mitch McConnell (R-KY), quoted by Politico, to reporters at an event in Kentucky.

Senate Majority Leader Charles Schumer (D-NY) called on House Republicans on Monday to lay out the spending cuts they’re proposing as part of a deal to raise the debt ceiling and decried what he called their strategy of “brinkmanship” and “hostage taking” to open negotiations, The Hill reports.

Said Schumer: “The new rules that they adopted require them to bring a proposal to the floor of the House and show the American people precisely what kind of cuts they want to make. If Republicans are talking about draconian cuts, they have an obligation to show Americans what those cuts are and let the public react.”

“Senate Republicans are happy to leave the hard work on averting a cataclysmic debt default this year to the House’s new speaker,” Politico reports.

“After Kevin McCarthy whacked last month’s Senate GOP leadership-backed $1.7 trillion spending plan, upper-chamber Republicans are sitting out the early days of what’s shaping up as a standoff between their House counterparts and President Joe Biden. A handful of Senate Republicans helped twice raise the debt ceiling in 2021, and four of those members said on Monday they have no intention of stepping into the breach this time.”

“In other words, the Senate’s bipartisan gangs aren’t riding to the rescue on the debt ceiling — yet.”

“As the two parties settle into a standoff over the looming need to raise the debt limit, some Democrats have been talking about a potential escape hatch: A discharge petition,” the Washington Post reports.

“Filing a discharge petition would allow Democrats to force a vote in the House on raising the debt limit with the support of as few as five Republicans, allowing them to do an end run around Speaker Kevin McCarthy (R-CA) and the Republican majority.”

Semafor: Don’t count on this buzzy procedural trick to raise the debt ceiling.

“Several top Ukrainian officials were fired on Tuesday, including the governors of several Ukrainian regions, amid a ballooning corruption scandal. The move marked the biggest upheaval in President Volodymyr Zelensky’s government since Russia’s invasion began 11 months ago,” the New York Times reports.

“Ukraine’s cabinet ministry, which announced the firings on the Telegram social messaging app, provided no details about the reason, but it followed reports that Ukraine’s military had agreed to pay inflated prices for food meant for Ukrainian troops.”

The counterintel and law enforcement worlds were rocked by the arrest of a former top FBI official on not one but two separate federal indictments, one in NYC, the other in Washington, DC.

“The photo, obtained by The Inquirer, is likely to renew concerns among Trump loyalists eager to help him retake the White House next year that he still lacks the sort of protective political infrastructure that would prevent a candidate for president from taking a picture with a convicted mobster whose last stint in federal prison ended in mid-2020.”

Rolling Stone: “When Trump first founded Trump Media & Technology Group, he agreed to a ‘social media exclusivity term’ that required him to ‘first channel any and all social media communications’ to his Truth Social account for six hours before posting the content to other platforms, according to SEC filings.”

“Since late last year, former President Trump has informed several people close to him that he doesn’t want to re-up the exclusivity agreement with his social media company, Truth Social.”

Writes Pompeo: “He didn’t deserve to die, but we need to be clear about who he was — and too many in the media were not.”

Washington Post: Regrets over mishandling classified material? Biden should have a few.

Will Saletan: “Biden is completely wrong. The ‘no there there’ defense doesn’t distinguish him from Trump. It makes the two cases look alike. It positions Biden, like Trump, as a denier of obvious reality. Biden shouldn’t have had classified records in his home, his garage, or other unauthorized locations. But he did.”

“The correct defense of Biden is that his infraction is different from Trump’s. What was ‘there’ at Biden’s home was improperly stored classified material. What wasn’t there, as far as we know, was evidence of any effort to prevent classified material from being found and returned. The latter is what prompted the court-authorized FBI search of Mar-a-Lago: months of Trump’s attempts to obstruct recovery of documents he had wrongly retained.”

“Biden needs to stop pretending there’s nothing there. He needs to speak frankly about what is there.”

“An Atlanta judge will hear arguments Tuesday about whether an investigative report into efforts by former President Trump and his allies to overturn the 2020 election should be made public,” Axios reports.

“It’s one step closer to Fulton County district attorney Fani Willis’ decision about indicting Trump or his allies after she opened an investigation two years ago.”

Trump is not a party and is not represented at today’s hearing. News outlets have weighed in collectively urging the judge to release the report.

The Washington Post reports that the judge is not expected to rule from the bench today. But expect a decision fairly soon.

Washington Post: “Five of the seven [Michigan] Democrats serving in the U.S. House are women. A majority of Democrats in both chambers in the [Michigan] state legislature are women, including the majority leader of the state Senate. Along with the governor and secretary of state, the Democratic attorney general is also a woman. So is the chair of the state Democratic Party.”

“In interviews, Michigan Democrats pointed to a system that recruits and encourages women to run for office. When women rose up in anger during the Trump presidency in 2018, the party embraced them, they noted. And in November, Michigan voters decisively chose to codify abortion protections in the state constitution, another signal of the influence of Democratic women the state.”

“Thousands of people took to the streets and workers across France went on strike [last week] to protest the government’s plan to raise the country’s retirement age, kicking off what is expected to be a protracted battle between unions and President Emmanuel Macron,” the Wall Street Journal reports.

Tim Harford: “The British economy is in a generation-long slough of despond, a slow-burning economic catastrophe. Real household disposable income per capita has barely increased for 15 years.”

“This is not normal. Since 1948, this measure of spending power reliably increased in the UK, doubling every 30 years. It was about twice as high in 1978 as in 1948 and was in touching distance of doubling again by 2008, before the financial crisis intervened. Today, it’s back at those pre-crisis levels.”

“It’s worth lingering on this point because it is so extraordinary. Had the pre-crisis trend continued, the typical Brit would by now be 40 per cent richer. Instead, no progress has been made at all.”

“Turkish President Recep Tayyip Erdogan is preparing to announce what could be his costliest pre-election giveaway yet with a plan to offer debt relief to millions of people. Under the proposal, outlined Friday by the ruling AK Party, the government would erase interest payments accumulated by consumers up to the last day of 2022,” Bloomberg reports.

“It could also allow for an extensive restructuring of debts ranging from student loans and administrative fines to water bills.”

BBC chairman Richard Sharp “helped to arrange a guarantee on a loan of up to £800,000 for Boris Johnson weeks before the then prime minister recommended him for the role,” the Times of London reports.

Rep. Michael Guest (R-MS) “will lead the House Ethics Committee, which will see its profile elevated as it considers what to do about the case of freshman serial liar Rep. George Santos (R-NY),” Politico reports.

Someone scammed U.S. Sen. Jerry Moran’s reelection campaign out of $690,000 by getting the Kansas Republican’s accounting firm to wire the money to fraudulent bank accounts,” the AP reports.

The Economist: “The far right thus fixates on whatever controversy is dominating politics at the time. Ever since January 6th, experts suggest, extremists have been searching for another cause that will unite the various strands of a historically decentralized network of far-right groups. There are signs that some centralization is happening.”