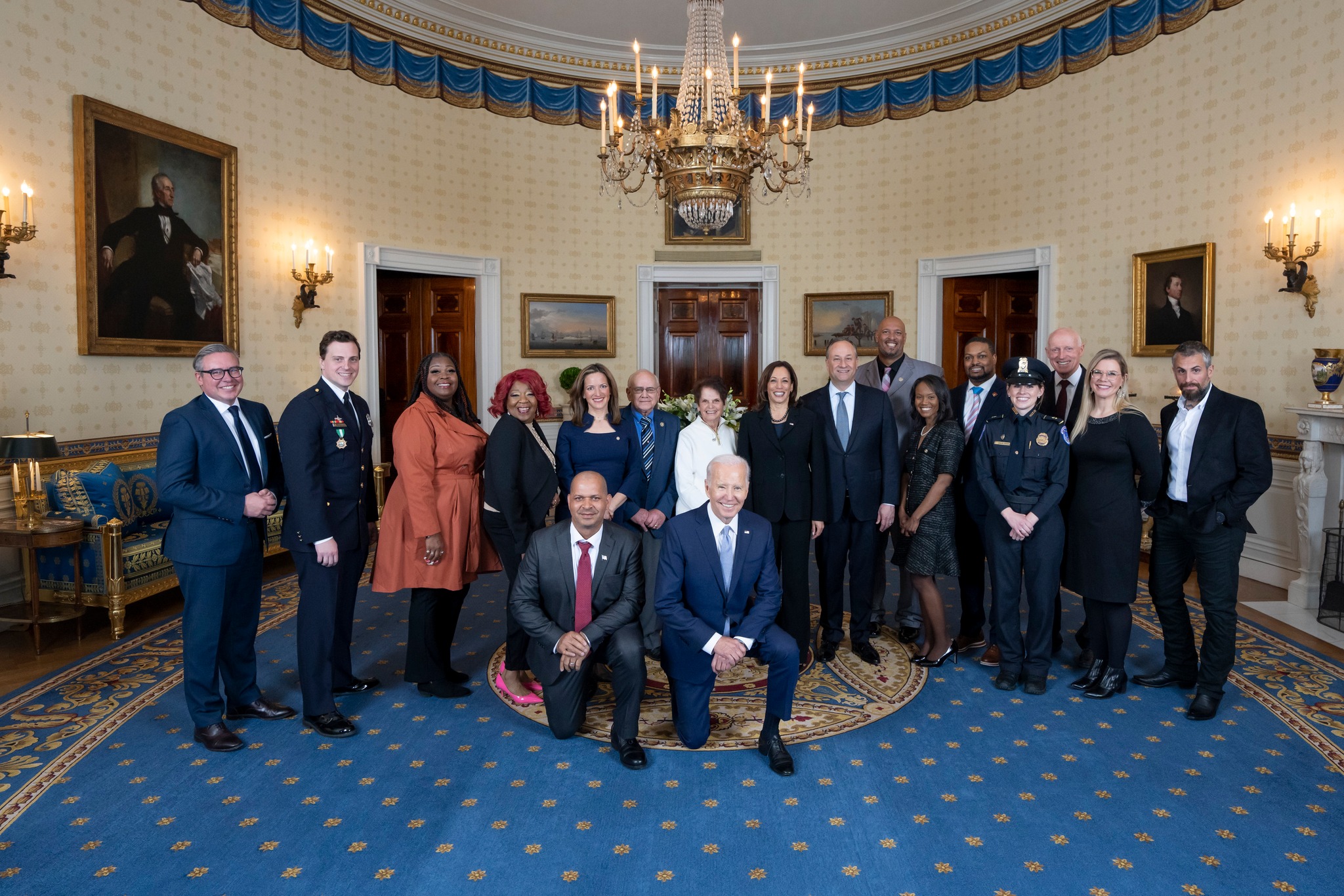 Rolling Stone: “With everyone on Team Trump expecting DeSantis to challenge the former president in the upcoming GOP presidential primary, Trump and his advisers are plotting a new scorched-earth campaign against DeSantis as soon as he declares his 2024 candidacy.”

“In the past two months, Trump has talked to political allies about effective ways to pummel DeSantis on both personal issues — recurring concerns about his ‘likeability’ and supposed charisma deficit — and on policy matters such as DeSantis’ hawkish foreign policy, trade stances, COVID-19 posturing, closeness to the party’s ‘establishment,’ and the past votes to slash the social safety net.”

“Trump has participated in a handful of discussions on this topic so far, but campaign advisers are trying to keep the finer details of their oppo blitz under wraps for now.”

AZ-04: Republican Kelly Cooper announced this week that he would seek a rematch against Democratic Rep. Greg Stanton, who fended him off 56-44 two years after Biden took this suburban Phoenix seat 54-44.

Cooper last year won the nomination despite $1.5 million in spending from the Congressional Leadership Fund and other groups that attacked him or promoted establishment favorite Tanya Wheeless. Democrats quickly went on the offensive and ran ads declaring that the Republican “supported defunding the FBI and compared federal law enforcement agents to Nazis and the Gestapo.” Roll Call also wrote during that campaign that Cooper’s “assets and salary on required disclosure forms did not appear to identify where he got that much money, even after he amended the report,” and the mystery remains unsolved.

FL-17: Republican Rep. Greg Steube was hospitalized Wednesday after suffering an injury that his staff says occurred when he was “knocked approximately 25 feet down off a ladder while cutting tree limbs on his Sarasota property.” Steube’s Twitter account said Thursday morning his injuries were “not life threatening at this time.” Later in the day his team posted, “Rep. Steube was moved out of the ICU this afternoon. He remains hospitalized under the care of a great team … We will have more to say as details become clear about the timeline for his recovery.”

IN-03: Republican Rep. Jim Banks’ decision to run for the Senate means there will be an open seat race to replace him in northeastern Indiana’s 3rd District, a Fort Wayne-based constituency that Trump took 64-34, and GOP state Sen. Andy Zay has already formed an exploratory committee for a potential campaign. Zay hasn’t committed to anything, though, instead telling Howey Politics that “a decision such as this cannot be made lightly and will require time, prayer, and reflection.”

NY-03: Every day seems to bring reports of a brand new scandal for Rep. George Santos, and the Daily Beast’s Ursula Perano adds Assemblyman Mike Durso to the list of Republicans who could run to hold this seat the next time it’s on the ballot: Durso himself did not comment when asked.

On the Democratic side, 2022 nominee Robert Zimmerman merely responded to Perano’s inquiries about another campaign by replying, “My only focus is building a strong bipartisan coalition to remove George Santos from office.” That’s more than former Rep. Tom Suozzi said, though, as Perano writes that he “declined to comment to The Daily Beast on whether he’d be interested in hopping into any upcoming races.”

“Ending months of speculation about her future, Senator Kirsten Gillibrand, a liberal Democrat from upstate New York, announced in recent days that she would seek a third full term next year,” the New York Times reports.

“The most pressing question facing her campaign now is whether anyone from her own party will try to challenge her. After a string of high-profile primaries from the left in New York, Democratic strategists, politicians and donors have spent months speculating whether an ambitious young member of Congress, like Alexandria Ocasio-Cortez or Ritchie Torres, would take on Ms. Gillibrand.”

A RNC official formally accused an ally of RNC Chair Ronna McDaniel of engaging in “religious bigotry” by denigrating the Sikh faith of Harmeet Dhillon, who is challenging the chair in her re-election bid, NBC News reports.

“In a last-ditch effort to upend the

“Her efforts have included reaching out to some of the biggest names in Republican politics.”

“But her team has also made a concerted effort in recent days to court a small number of anti-Trump RNC members… They’ve sought to make the case that McDaniel’s connections to the former president, who hand-picked her as chair after his 2016 victory, will prevent her from being completely neutral in an upcoming presidential primary, a criticism McDaniel has publicly rejected.”

Sen. Joe Manchin (D-WV) said on Sunday he would support Sen. Kirsten Sinema (I-AZ) if she seeks reelection in 2024, even if the newly-independent senator is challenged by a Democrat, The Hill reports.