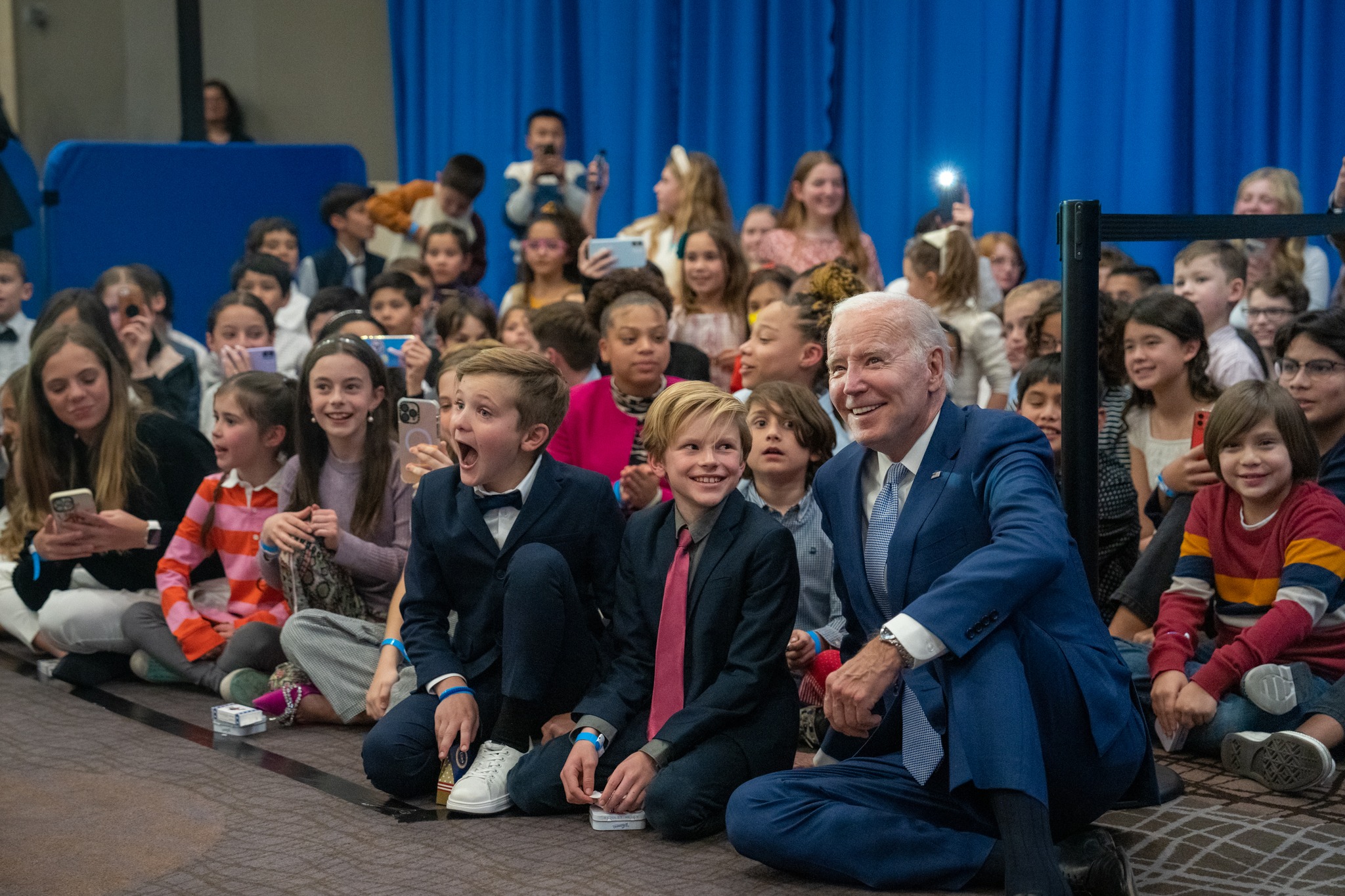 When both are included in a larger field that includes potential candidates such as Mike Pence, Nikki Haley, Ted Cruz and others, Trump leads the field with 37% of Republicans choosing him as their preferred choice for the party’s nomination, with DeSantis close behind at 34%.

Said professor Ray LaRaja: “DeSantis appears to be the choice among the more establishment-oriented Republicans.”

“A three-way race for chairman of the Republican National Committee could deal another setback to a party looking to enter the 2024 cycle with a unified front,” CNN reports.  “Each of the three candidates running for chair – incumbent Ronna McDaniel, California-based attorney Harmeet Dhillon and MyPillow CEO Mike Lindell – confirmed to CNN either themselves, or through allies, that they have qualified to be on the ballot.”

“It will be the first time in more than a decade that a drawn-out balloting process – set to take place when the committee’s 168-member voting body gathers in Southern California later this month – is likely to occur.”

“An intense leadership fight inside the Republican National Committee is pitting a three-term incumbent with a losing record against a combative challenger, illustrating the latest divisions within the GOP,” the Wall Street Journal reports.

“Ronna McDaniel, who has led the RNC since shortly after being selected in late 2016 by Donald Trump when he was president-elect, is favored to win a fourth two-year term as chair at a Jan. 25-27 meeting in Southern California, some veteran committee members said.”

“Harmeet Dhillon, an election lawyer from California who has represented Mr. Trump in court and been on the RNC for six years, is her main competitor. MyPillow Chief Executive Mike Lindell has also thrown his name into the mix, although it would be unusual for the national party to select a leader who isn’t already an RNC member.”

“As Harmeet Dhillon seeks the chairmanship of the Republican National Committee, opponents have begun raising concerns about her Sikh faith — a development that has left some members of the committee unsettled,” Politico  reports.

“Brown has said he intends to seek a fourth term next year. Dolan, a state senator whose family owns the Cleveland Guardians, would likely be the first candidate on the GOP side to officially declare. Other Republicans closely looking at the race include Ohio Secretary of State Frank LaRose and Bernie Moreno, a businessman who briefly was a Senate candidate in 2022.”

“Florida Gov. Ron DeSantis hasn’t even declared whether he’ll run for president in 2024, and Donald Trump has tried to restrain himself from going after his top GOP rival, but the former president’s allies are already mounting an offensive—with South Dakota Gov. Kristi Noem now leading the charge,” the Daily Beast reports.

“Noem may be interested in running for president herself, and therefore would have good reason to go after DeSantis, but she also may be angling for a different role: Trump’s vice president.”

“Questions about Florida Gov. Ron DeSantis’ political resilience — and fears of going toe-to-toe with former President Trump — have all but frozen the 2024 Republican field, delaying most of the leading prospects’ timelines for entering the race,” Axios reports.

Said GOP strategist Scott Jennings: “Everyone not named DeSantis is having a hard time figuring out their way around him. So they are waiting for him to screw up or fade. So far, he’s doing neither.”

Politico: “As a sign of the seriousness of the effort, the state party has enlisted Public Opinion Strategies, a D.C. area-based firm, to conduct the review of the 2022 election. Republicans said it is expected to cost $100,000.”

“Discovering the truth is one thing. Accepting it is another. And the state GOP’s ability to do just that will likely have a profound impact on whether it can help the party take back the White House in 2024.”

Kim Strassel: “How long will the probes drag on, weighing down the candidates? Will one investigation finish sooner than the other, giving one candidate an advantage? Will one man be exonerated while the other is indicted? How much information will be leaked in each probe, in an attempt at partisan advantage? Will the department end up having altered the future of politics by dissuading Mr. Biden to run?”

Donald Trump “is slated to make an appearance in late January in Columbia, S.C. It will not be a rally, his advisers said, but will be a more “intimate” event where he will roll out his leadership operation in a state which hosts a key early Republican primary contest,” Politico reports.

Said U.S. Attorney Damian William: “All of this dirty money was used in service of Bankman-Fried’s desire to buy bipartisan influence and impact the direction of public policy in Washington.”

CHICAGO MAYOR. The Chicago Public Schools Office of Inspector General said Thursday it was investigating whether incumbent Lori Lightfoot violated any rules with an email sent the previous day asking teachers to encourage their students to volunteer for her re-election campaign ahead of the Feb. 28 nonpartisan primary in exchange for “class credit.” As mayor, Lightfoot is tasked with appointing both the superintendent and members of the Chicago Board of Education.

Lightfoot’s campaign responded to the initial reports about the email by saying she was simply trying “to provide young people with the opportunity to engage with our campaign, learn more about the importance of civic engagement and participate in the most American of processes.” However, her team eventually said that her staff had now been “reminded about the solid wall that must exist between campaign and official activities and that contacts with any city of Chicago, or other sister agency employees, including CPS employees, even through publicly available sources is off limits.”

Weinstein, who was first elected in 1999, kicked off his bid in front of an audience the Pittsburgh Tribune-Review says “mostly included longtime elected officials and members of the region’s Democratic establishment.” (One of the attendees was District Attorney Stephen Zappala, another veteran office holder who could face a serious renomination fight this spring.) The treasurer also used the event to tout his ties to labor groups and announce he had the backing of the Pittsburgh Regional Building Trades Council.

Weinstein joins a nomination contest that consists of:

Whoever takes a plurality of the vote in the primary will be the favorite in November to win the executive office in Pennsylvania’s second-largest county, a reliably blue area that includes Pittsburgh and several of its suburbs.