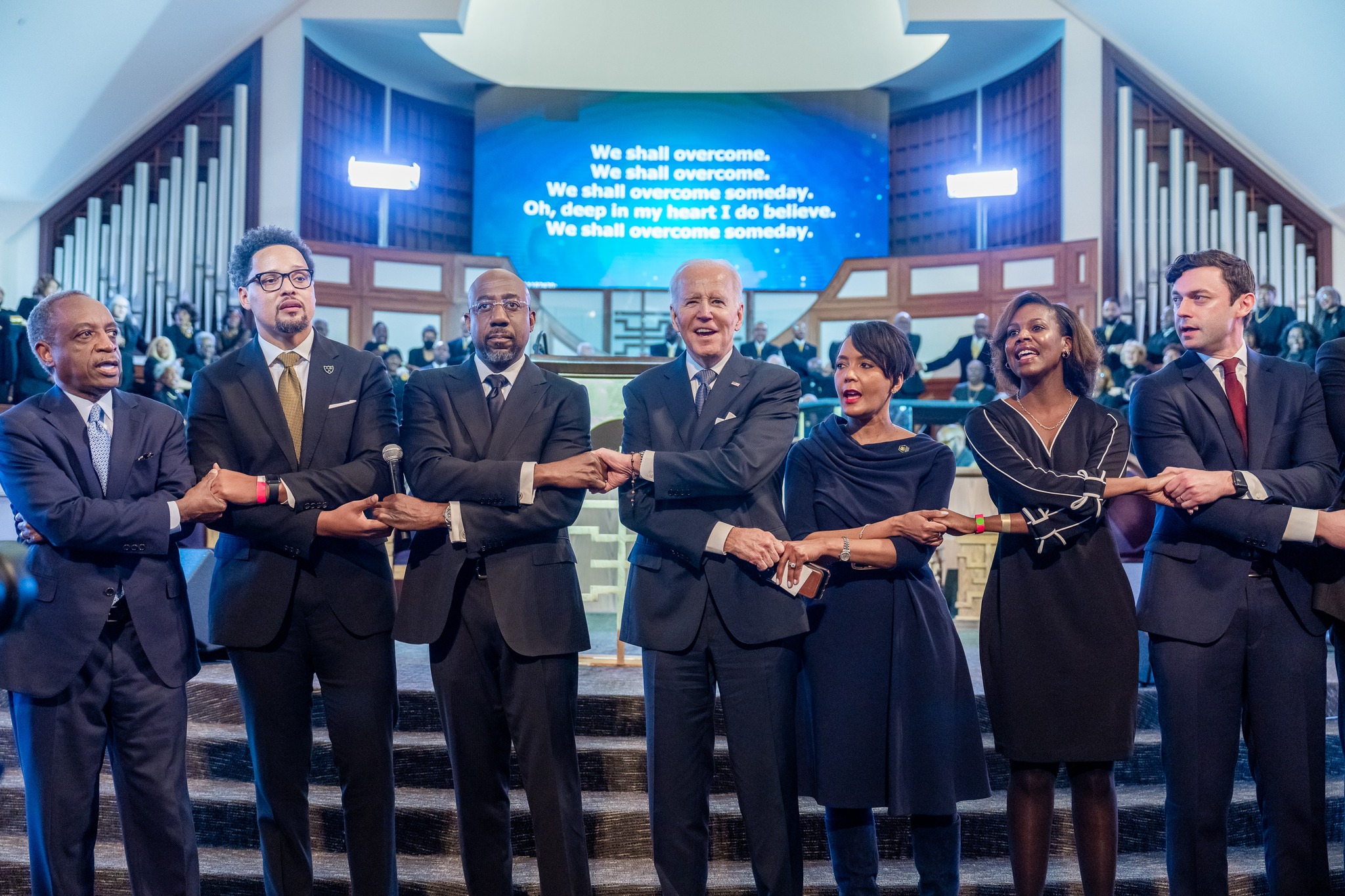 The events grant Biden a brief respite from the growing calls from Democrats for the White House to be more forceful and transparent in discussing the recent discoveries of classified documents at Biden-associated properties.

While Democrats are highlighting the significant differences between Biden’s case and that of Donald Trump, privately many say Biden needs to be more forthcoming with an explanation. The matter will dog Biden throughout the week.

Thursday will be a big day for both the administration and legislators, as the Treasury will begin repurposing federal funds to extend the emergency-break-glass date for a debt ceiling hike. The milestone will put pressure on both parties to begin working on an increase, and give deficit hawks a moment in the sun.

“The effective corporate tax rate on large, profitable companies declined to 9% in 2018 in the aftermath of the 2017 tax law, down from 16% in 2014, according to a Government Accountability Office report released Friday,” the Wall Street Journal report.

“The share of large, profitable companies paying no corporate taxes was 34% in 2018, up from the five-year average of 25%.”

CNN: “The top Republican on the House Foreign Affairs Committee on Thursday requested from the State Department a vast number of documents related to the Biden administration’s withdrawal from Afghanistan, marking the official launch of the newly Republican-led panel’s investigation into the chaotic exit.”

The Economist: “That may not seem like much to cheer about, given that it works out to real wage increases of less than 0.5% per year for the past half-century. Yet it is not bad. The slowness is overstated by a dreadful stretch for workers from 1970 to the mid-1990s, a period when unions broke down and companies spent heavily on the labour-saving technology of the modern workplace. Since 2000, partly thanks to that investment, income growth has consistently been faster, working out to nearly 1.5% a year. That puts income growth in America near the top among large, wealthy countries.”

“The more serious problem is that while average incomes look pretty good in America, many people have not experienced them. The gains have been disproportionately captured by the rich.”

Jackie Calmes: “All week members of the Republican majority have been chest-beating about how, thanks to the new House rules they devised, they will restore rectitude to federal budgeting. Income will be balanced against spending and debt reduced, just as American families have to do at their kitchen tables.”

“Don’t take that promise to the bank. It’ll bounce. And not because Republicans are up against the supposedly profligate Democrats who control the White House and Senate. As we begin what’s sure to be a chaotic two years of Republican governance in the House, a little fiscal history is in order, no green eyeshades needed.”

“In short, Republicans forfeited the title ‘fiscal conservatives’ so long ago, most Americans weren’t even born yet.”

“It basically is a huge gift to Trump… Biden has been on a huge run here. And he had a lot of momentum going, and this is a bump in the road.” — David Axelrod, quoted by Reuters, on President Biden’s handling of classified documents at his home.

Playbook: “Talk to almost any Dem, and they’ll tell you that Biden’s classified documents problem is not the same as former President Donald Trump’s: Biden volunteered that he had classified documents, and he and his team have seemingly cooperated with investigators every step of the way.”

“But dig just a little below the surface, and many of those same Dems will concede they are getting frustrated with the White House’s handling of the situation.”

New York Times: “A decision could not only lead to changes in who is admitted and who is not, but also jeopardize long-established strategies that colleges have used to build diverse classes, including programs that are intended to reach specific racial and ethnic groups for scholarships, honors programs and recruitment.”

“Those rollbacks could then help spur colleges to end other admissions practices that critics say have historically benefited the well-heeled.”

“House Republicans are seeking two years of visitor logs from President Biden’s Delaware home as part of a push for more details about documents marked as classified that were found in Mr. Biden’s home and at a Washington office he used after his vice presidency,” the Wall Street Journal reports.

House Oversight Committee Chairman James Comer said that Rep. George Santos (R-NY), who lied about much of his resume and life story, will be removed from Congress if found to have broken campaign finance laws, Reuters reports.

Said Comer: “He’s a bad guy. It’s not up to me or any other member of Congress to determine whether he can be kicked out for lying. Now, if he broke campaign finance laws, then he will be removed from Congress.”

“Rep. Adam Schiff (D-CA), a former chair of the House Intelligence Committee, said Sunday that classified documents recently discovered to be in President Joe Biden’s possession from his time as vice president could have implications for national security,” ABC News reports.

Said Schiff: “We have asked for an assessment in the intelligence community of the Mar-a-Lago documents. I think we ought to get that same assessment of the documents found in the think tank as well as the home of President Biden. I’d like to know what these documents were. I’d like to know what the intelligence community’s assessment is, whether there was any risk of exposure and what the harm would be and whether any mitigation needs to be done.”