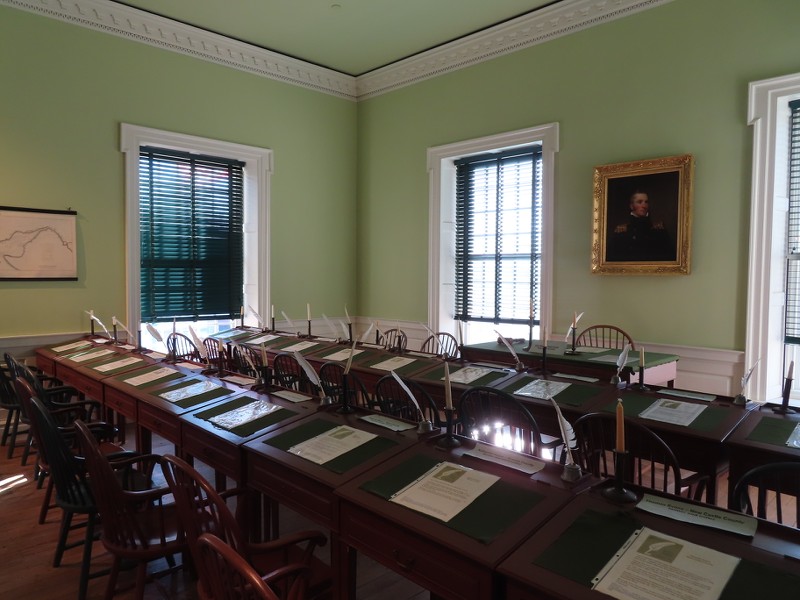 The House chamber of the Old State House, on the Green in Dover. The Old State House was built between 1787 and 1792, right when Delaware became the first state on December 7, 1787. It was the seat of the Legislative Assembly from 1792 to 1932, and was believed to be the oldest state house in use when the Legislative Assembly moved into a new building. The state house was renovated to its 1790s appearance inside and out in 1977. Photo by xzmattzx.