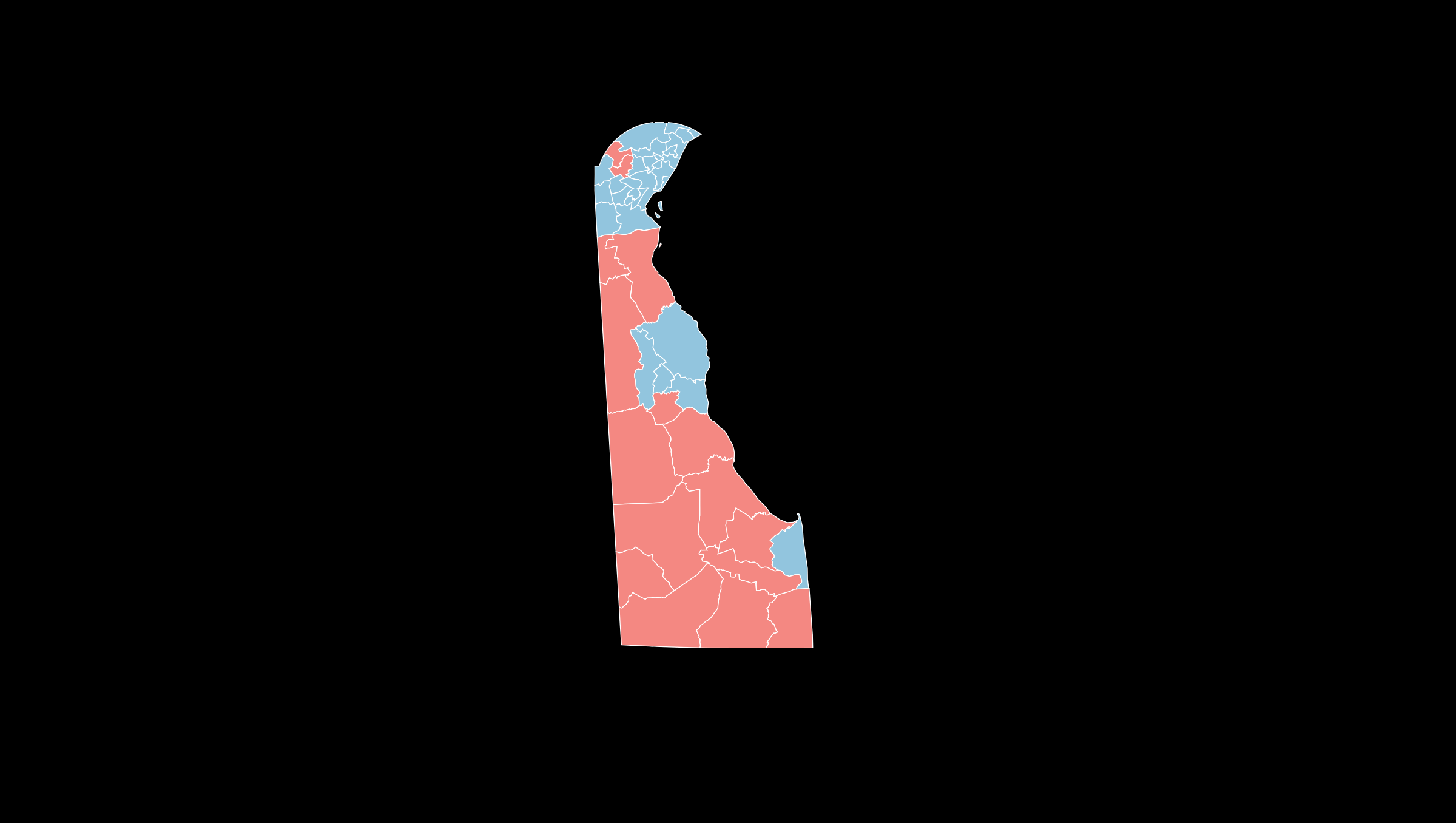 So let’s read the bill narrative of Republican House Bill 44 to learn about Republican Redistricting ideas.

Bill Narrative: The constitutional requirement to create new legislative districts following the U.S. Census was intended to ensure equal representation at all levels of government. However, Delaware’s current process of redistricting is deeply flawed. It allows the majority party in each legislative chamber to gerrymander state legislative maps in a self-serving attempt to preserve and expand partisan political power. All other considerations have become secondary in this process. This defect is common to many states and some have tried to address the issue by creating election commissions charged with redrawing legislative lines. The challenge in such a system is ensuring that these commissions can conduct their function in a balanced, objective, and non-partisan fashion.

This bill proposes a new method that avoids this significant hurdle by leveraging partisan self-interest to create a protocol that results in an equitable outcome. This fresh approach to reapportionment is described in a paper by 3 Carnegie Mellon University professors entitled: “A Partisan Districting Protocol with Provably Nonpartisan Outcomes.” It utilizes a system analogous to a proven, prudent method for instructing 2 children to fairly divide a piece of cake between themselves. The first child cuts the cake, while the second has the option of selecting which piece he or she wishes to consume.

In the protocol outlined in this bill, the two competing parties are the partisan caucuses of each General Assembly chamber. The first caucus will initially draw all the legislative districts, observing established legal redistricting standards. The second caucus will have the ability to “freeze” a set number of the districts, locking their boundaries into place. They will then be able to redraw the remaining districts as they wish, delivering the new maps back to the first caucus. This group will then also engage in the freeze and redraw process, with the cycles continuing until all the districts have been defined. With both sides getting equal “bites of the apple,” each has a practical ability to affect the outcome and a reason to work together to achieve a mutually acceptable conclusion. The bill also includes safeguards to ensure public notification and participation in the process, as well as a contingency to allow the judicial branch to draw the new legislative maps should the General Assembly be unable to achieve the task. This legislation assumes calling the General Assembly into special session to approve the finalized maps, providing enough time for the process to be conducted in a deliberative manner.

Got that? Me neither although what you can see from this particular scheme is that it maintains plenty of opportunity for GOP bad faith shenanigans. Let’s start with this:

“The constitutional requirement to create new legislative districts following the U.S. Census was intended to ensure equal representation at all levels of government. “

No. Equal representation is not the goal. Making sure that every vote counts equally is supposed to be the goal. It is why there are rules and guidelines for redistricting that call for keeping communities together, maintaining majority minority districts, balancing the number of voters across districts as best as possible. There are many guidelines and rules for redistricting requiring some decision making and balance as lines are drawn and the purpose of all of them are fair maps that make sure voters are able to make themselves heard and counted.

No voters are centered in this GOP plan. What *is* centered is as much opportunity as possible for the minority caucus to have as many friction points in the process as possible so they have many opportunities to disrupt the process of making sure voters are heard. The GOP is a minority party all over the state — not just in the Legislature — and this minority party is just in the business of trying to find places where they can inject chaos.

The current best practice for redistricting is in state independent commissions. California and Colorado may have the best of them at this point — no politicians, the public can apply to be on the commission, and commissioners are selected by lottery. A genuinely independent body is free to focus on voters and fairness and cannot be over-ridden by a legislature. But independence means that politicians are not drawing districts and selecting their voters.

I’m for independent commissions, but we should note that badly formed ICs have provided many lessons learned in making sure that the commission is truly independent and is the last word on district drawing. New York, Utah, and Ohio have had spectacular blowups of their maps with extensive court intervention. There is a theory out there that if New York had better managed it’s process that the Democrats might still hold the House of Representatives. Certainly there would have been far more Democrats in the New York delegation as it should be from a Blue State.

This bill is just a GOP chaos rabbit hole. There is nothing here that cares one whit about a voter — it is just a way for the locals to try to blow the system up. If they cared about Delaware voters, we’d have Vote by Mail, right? Instead, GOP legislators who voted for it for solid reasons on the first round (Brian Schupe) suddenly found shady reasons to withdraw that vote when it was clear that VBM didn’t help the GOP win anything here. Here, they’ve decided that the minority party having as many opportunities to blow up redistricting efforts is good for the GOP, but again ignores voters.

If the local GOP needs a way to be relevant, they’ll have to do it the hard way — by actually presenting governing ideas that are about voters and not about furthering national GOP chaos.