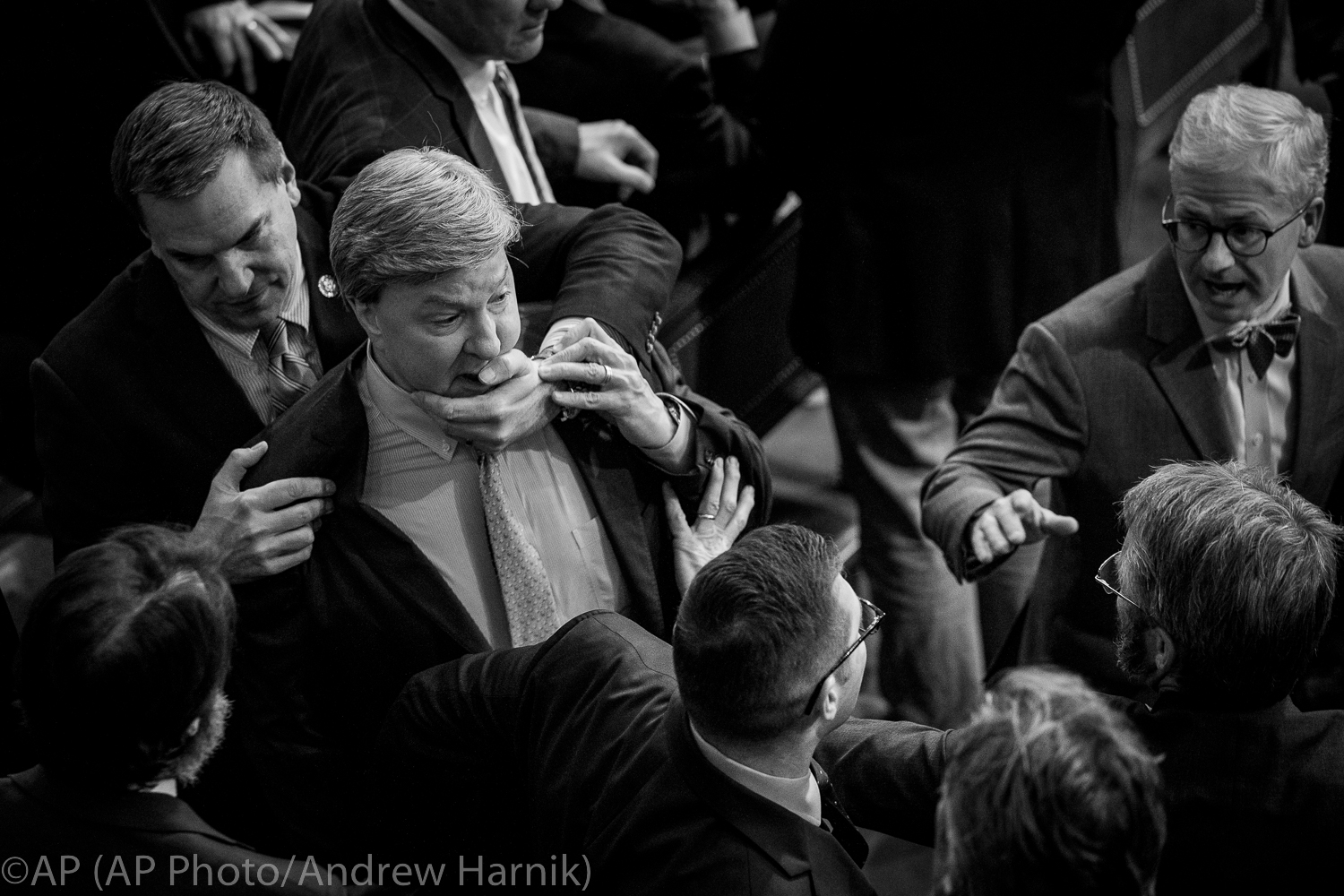 Playbook has a great recap of the “remarkable and suitably dramatic ending to the wildest speaker race in modern congressional history.”

Also recommended are pieces by CNN and the Washington Post.

Punchbowl News: “McCarthy may have significantly weakened his ability to govern en route to the speaker’s chair, empowering conservatives with plum committee assignments, new budgetary restrictions and the ability for one member to call a vote to boot him from the speakership.”

“In other words, the price McCarthy paid for this power has not been fully accounted for yet.”

“But McCarthy’s theory has long been that putting people at the decision-making table gives them buy-in to the governing process and makes it harder for them to oppose the agenda.”

New York Times: “Economists, Wall Street analysts and political observers are warning that the concessions he made to fiscal conservatives could make it very difficult for Mr. McCarthy to muster the votes to raise the debt limit. That could prevent Congress from doing the basic tasks of keeping the government open, paying the country’s bills and avoiding default on America’s trillions of dollars in debt.”

Aaron Blake: “Well, Crazytown now puts significantly more levers of power in the hands of its most extreme denizens, thanks to the second-smallest GOP majority in the past 90 years and the major concessions McCarthy chose to grant his holdouts during negotiations.”

“They’ll have significant say on the hugely important House Rules Committee. They reportedly will be able to demand budget cuts in order to raise the debt ceiling (which heightens the odds of a debt default). And just one member can move to oust McCarthy if they don’t like what he’s doing — what’s known as a ‘motion to vacate the chair.’ That’s a situation which contributed to Boehner’s resignation and which former speaker Paul D. Ryan’s team compared to a ‘weapon pointed at [the speaker] all the time.’”

Dan Pfeiffer: “To buy off the votes of the opposition, McCarthy relinquished all the power and authority of the office. There appears to be nothing he is unwilling to sacrifice for the title of Speaker.”

“Kevin McCarthy begins his tenure as the weakest legislative leader in American history. He is a national joke. Democrats — myself very much included — enjoyed our laughs at Kevin McCarthy’s expense this past week. And we will laugh again when he can’t do the basics of his job. But we should be aware that a weak Speaker leading a fractured caucus is not really funny. It’s actually quite dangerous. Enjoy the laughs because shit will get real before too long.”

A proposed subcommittee to investigate “weaponization” of the federal government — a key demand of House conservatives who delivered Speaker Kevin McCarthy the gavel — would be given sweeping investigatory powers that include explicit authority to review “ongoing criminal investigations,” Politico reports.

New York Times: “It would be the first time in more than a decade that the federal government cracks down on a contaminant responsible for thousands of premature deaths every year.”

“Fine particulate matter comes from smokestacks, construction, trucks, power plants and other industrial activity. It has a diameter of no more than 2.5 micrometers, one-thirtieth the width of a human hair, and can become embedded in the lungs. It is linked to heart attacks, stroke and respiratory ailments.”

Former Sen. Richard Burr (R-NC) said that the U.S. Securities and Exchange Commission informed him this week it has concluded investigation into insider trading concerning him with no action, Reuters reports.

New York Times: “From the halls of Congress to the Ohio Statehouse to the back-room dealings of the Republican National Committee, the party is confronting an identity crisis unseen in decades. With no unified legislative agenda, clear leadership or shared vision for the country, Republicans find themselves mired in intraparty warfare, defined by a fringe element that seems more eager to tear down the House than to rebuild the foundation of a political party that has faced disappointment in the past three national elections.”

“Even as Donald Trump rarely leaves his Florida home in what so far appears to be little more than a Potemkin presidential campaign, Republicans have failed to quell the anti-establishment fervor that accompanied his rise to power. Instead, those tumultuous political forces now threaten to devour the entire party.”

Home Depot founder Bernie Marcus told the Financial Times that he’s “worried about capitalism.” Thanks to “socialism”, he says, “nobody works. Nobody gives a damn. ‘Just give it to me. Send me money. I don’t want to work — I’m too lazy, I’m too fat, I’m too stupid.’”

Washington Post: “The typical live stream from the U.S. House is focused on the dais and the desks from which members of each party address the chamber. But this week brought an unusual amount of drama as the American public watched lawmakers struggle to select a new speaker.”

“The homes or offices of four elected Democratic officials in New Mexico have been hit by gunfire over the past month, and authorities are working to determine if the attacks are connected,” the AP reports.

“Twitter suspended the account of the retired Army lieutenant general two days after the violent assault on the capitol. Flynn had more than 1 million followers at the time and had used the platform to become a top spreader of false information about the 2020 election. Twitter cited its policy against ‘coordinated harmful activity’ for the suspension.”

“This is a body where James Madison, Abraham Lincoln, and Thaddeus Stevens once served. I don’t buy the GOP’s whole attack on science, but this week definitely casts doubt on the theory of evolution.”— Rep. Jamie Raskin (D-MD), on Twitter.