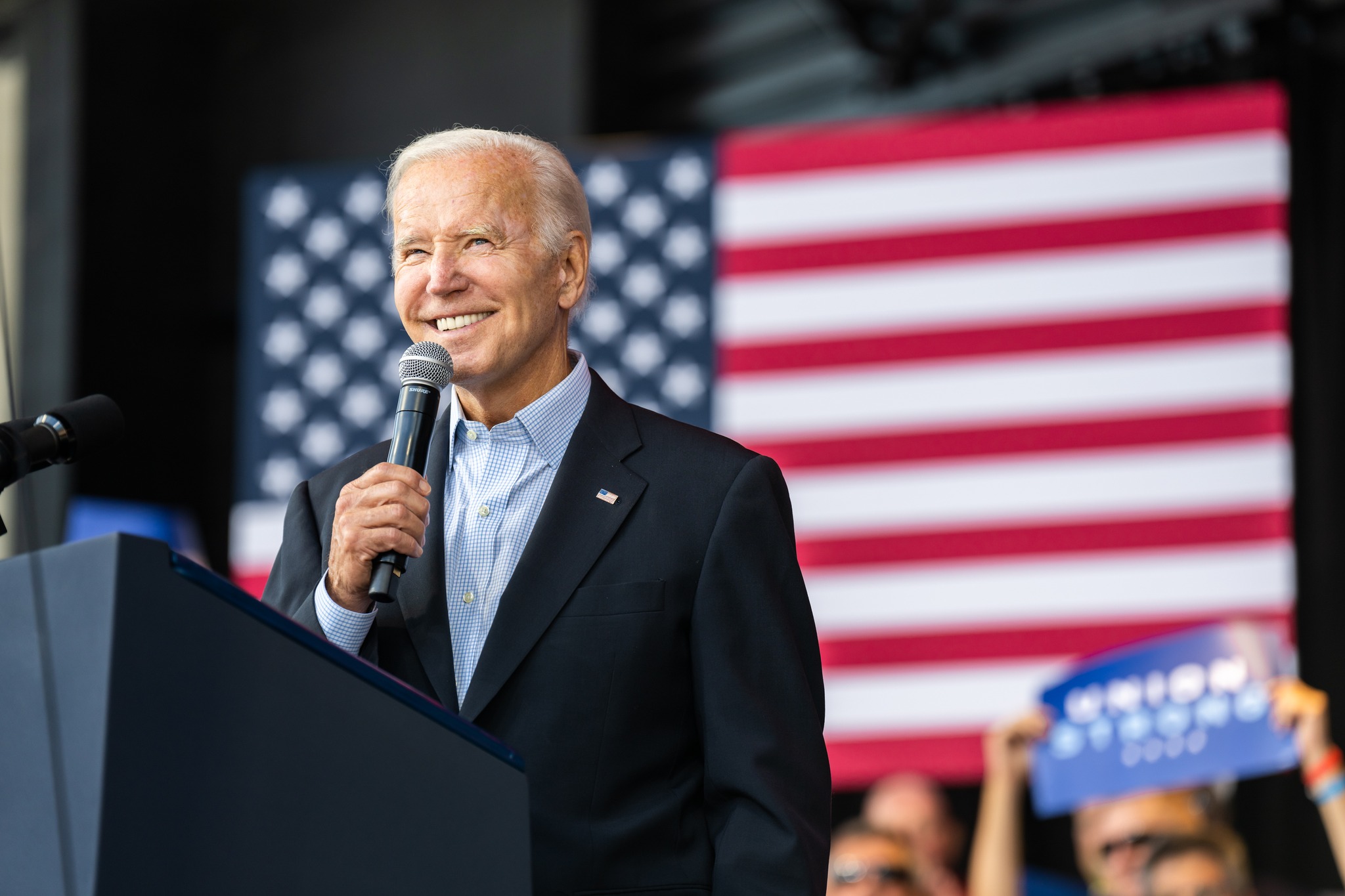 Larry Sabato’s Crystal Ball: “The 21 Republicans who did not vote for Kevin McCarthy on every roll call generally, but not exclusively, come from uncompetitive districts.”

“They almost all appear to have at least some connection to the House Freedom Caucus, the group of hardline conservatives.”

The Guardian: “[Trump’s]PACs and committees boast a war chest of about $95m, enough to give pause to the Republican candidates jockeying against him. But a scratch beneath the surface reveals a different reality. About $78m of the $95m cannot be directly used for Trump’s campaign.”

“What’s more, there’s evidence the small-dollar donor stream that fueled his past runs is drying up. Some high-profile mega-donors have fled.”

“Twitter Inc. said it plans to expand the political advertising it allows on the social-media platform after banning most political ads in 2019, in the latest policy change by new owner Elon Musk,” the Wall Street Journal reports.

“The company also said Tuesday that it is relaxing its policy for cause-based ads in the U.S. Such ads call for people to take action, educate and raise awareness in connection with the following categories: civic engagement, economic growth, environmental stewardship and social-equity causes.”

LOUISIANA GOVERNOR. Sen. John Kennedy (R-LA) “said he won’t run for governor of Louisiana this year, which is likely to trigger a flood of on-the-fence candidates to jump into the race,” the Lafayette Daily Advertiser reports.

Said Kennedy: “I have looked into my heart and decided to remain in the Senate and not to run for governor. At this juncture, I just think I can help my state and my country more in the Senate.”

While Democrats are deep in the minority in the Ohio state House, the caucus joined with enough GOP members on Tuesday to elect Republican Jason Stephens as speaker over Derek Merrin, who began the day as the heavy favorite to lead the chamber. Cleveland.com’s Jeremy Pelzer writes, “Stephens, while conservative, is not considered to be as far to the right as Merrin.”

The GOP enjoys a 67-32 majority, so a Merrin speakership appeared likely after he won November’s caucus vote against Stephens. Pelzer writes that in the ensuing weeks there were “rumblings since then about some sort of challenge to Merrin,” but that “the insurgency to lift him to the speaker’s chair only picked up speed starting a few days ago.”

Indeed, Minority Leader Allison Russo says Democrats decided just two hours before the vote to cast their lot in with Stephens. Another 22 Republicans joined them, however, which left Merrin with only 43 votes. Russo, whose caucus supplied most of the support for the new speaker, declared that there was “no grand deal,” but “there were lots of discussions about things and areas of agreement on issues.” She also relays that Merrin spoke to her about getting Democratic support, which very much did not end up happening.

This is the second time in the last few years that the Democratic minority has played a key role in helping a Republican win the gavel over the candidate favored by most of the GOP caucus, though Merrin himself was on the other side of that vote. In 2019, he was one of the 26 Republicans who joined that same number of Democrats in supporting Larry Householder over Speaker Ryan Smith. Unlike four years ago, though, Smith got the backing of 11 Democrats as well as 34 GOP members.

Stephens, for his part, was appointed to the chamber later that year to succeed none other than Smith, who resigned to become president of the University of Rio Grande and Rio Grande Community College. The victorious Householder, though, was removed as speaker in 2020 after being arrested on federal corruption charges; Householder’s colleagues expelled him the following year, though Merrin voted to keep him in office.

PENNSYLVANIA SPEAKER. “Democrats and more than a dozen Republicans threw their support behind a consensus candidate for speaker of the Pennsylvania House on Tuesday, a surprise move some lawmakers said would help bring unity to the state capital,” the Philadelphia Inquirer reports.

“House lawmakers elected Rep. Mark Rozzi speaker of the House, elevating a veteran Democratic lawmaker from Berks County who said Tuesday he would govern as an independent. Some Republicans backed Rozzi even though the GOP currently holds a slight majority in the House.”

Rozzi, who will be the first non-aligned speaker in the history of the body, defeated Republican state Rep. Carl Metzgar 115-85 after Democratic leader Joanna McClinton threw her support behind him rather than submit her own name. Following that endorsement, the entire Democratic caucus supported Rozzi, while 16 Republicans crossed over to back him. Rozzi’s win comes after two months of uncertainty about which party would lead the chamber, though few observers guessed that the answer would be neither.

Democrats, including Rozzi, won 102 of the 203 seats in the House on Nov. 8, which appeared to set them up for their first majority since the 2010 GOP wave. However, Democrats could only claim 99 members because state Rep. Tony DeLuca was re-elected a month after he died, while fellow Pittsburgh-area Democrats Summer Lee and Austin Davis resigned weeks later to prepare to assume their new roles as congresswoman and lieutenant governor, respectively. Republicans therefore began Tuesday with a 101 to 99 advantage, but no one knew if that would be enough for the party to elect a speaker.

Indeed, a deadlock appeared certain after one Republican joined the Democratic caucus in voting to adjourn during the middle of the day―a tied vote that failed because the remaining 100 Republicans were opposed. Unexpectedly, though, multiple Republicans and Democrats soon nominated Rozzi, whose name hadn’t previously been seriously mentioned. Rozzi prevailed with the support of all of the Democrats and a minority of Republicans, including Bryan Cutler, who had been speaker going into November’s elections.

So, what happens next? First, there will almost certainly be a vacant GOP-held seat before long, as state Rep. Lynda Schlegel Culver is the favorite to win the Jan. 31 special election for a dark red state Senate district. Culver’s 108th House District supported Donald Trump 65-33 in 2020, but her absence could deny her party a crucial vote in the closely divided lower chamber until a special election could take place. PennLive.com says such a race likely wouldn’t take place before May 16, which is the same date as Pennsylvania’s regular statewide primary.

As for the three vacant Democratic constituencies, both parties agree that a Feb. 7 special will go forward in DeLuca’s HD-32, which went for Joe Biden 62-36. In Pennsylvania special elections, the parties, rather than voters, choose nominees: Democrats have selected local party official Joe McAndrew, while Republicans are fielding pastor Clay Walker.

There’s no agreement, however, about when the contests for Lee’s and Davis’ constituencies will take place. That’s because legislative special elections are scheduled by the leader of the chamber with the vacant seat, but there was no speaker between late November, when the last session ended, and Tuesday. That duty, as a result, fell to the majority leader, and both McClinton and Cutler claimed that title in December, issuing dueling writs of election: McClinton set these two specials to also take place on Feb. 7, while Cutler picked May 16.

Cutler filed a lawsuit to block McClinton’s schedule, but the Pennsylvania Department of State is going forward with February specials right now. There’s no question that Democrats will hold Lee’s HD-34, which Biden took 80-19, but the president pulled off a smaller 58-41 win in Davis’ HD-35.

Democrats in the former district have picked Swissvale Borough Council President Abigail Salisbury, who will go up against kickboxing instructor Robert Pagane. The Democratic nominee to succeed Davis is Matt Gergely, who serves as finance director for the community of McKeesport. Local Republicans are running Don Nevills, who lost to Davis 66-34 in November; Nevills himself has said in his social media posts that the special will be Feb. 7.

P.S. Rozzi’s win makes this the second time in the 21st century that Pennsylvania Democrats successfully maneuvered to stop Republicans from taking the speakership. In 2006, Democrats likewise won a 102-101 majority, but one of their members, Thomas Caltagirone, soon announced he’d cross party lines to keep Republican John Perzel on as speaker instead of electing Democrat Bill DeWeese. DeWeese, who was speaker in 1994 when Democrats last controlled the chamber, ended up nominating Republican Dennis O’Brien rather than put his name forward; O’Brien ultimately won 105-97.

Democrats secured a workable majority the following year, and Keith McCall became the party’s first, and to date only, speaker since DeWeese. In a strange twist, DeWeese and Perzel went on to become cellmates after being convicted in separate corruption cases. Incidentally, one House Democrat heavily involved in the plan to make O’Brien speaker was Josh Shapiro, now the governor-elect of Pennsylvania.

NEW YORK STATE SENATE. Democrats learned ahead of Christmas that they’d maintained a two-thirds supermajority in the upper chamber after a judge ruled that incumbent John Mannion had fended off Republican Rebecca Shiroff by 10 votes in his Syracuse-based seat. Shiroff conceded the contest, and Mannion’s term began New Year’s Day.

PHILADELPHIA DISTRICT ATTORNEY. Pennsylvania’s Commonwealth Court ruled Friday that state House Republicans failed to demonstrate any of the legally required standards for “misbehavior in office” when they voted to impeach Philadelphia District Attorney Larry Krasner in November. The order, though, did not say if Krasner’s trial before the state Senate, which is scheduled for Jan. 18, must be called off.

CHICAGO MAYOR. The Chicago Electoral Board in late December removed two minor contenders, police officer Frederick Collins and freelance consultant Johnny Logalbo, from the Feb. 28 nonpartisan primary ballot after determining that they didn’t have enough valid signatures to advance. However, challenges were dropped against activist Ja’Mal Green, Alderman Roderick Sawyer, and wealthy perennial candidate Willie Wilson, so they will be competing in what is now a nine-person race.

WISCONSIN SUPREME COURT. Judge Everett Mitchell, a progressive candidate for an open seat on the Wisconsin Supreme Court this spring, was accused by his then-wife of sexual assault during their 2010 divorce proceeding, the Milwaukee Journal-Sentinel’s Dan Bice reported on Tuesday. Mitchell was never charged with any wrongdoing and has denied the allegations, while his ex-wife, Merrin Guice Gill said her former spouse “should be evaluated on the work he has done and the work he is doing as a judge” rather than on her past accusations.

However, Guice Gill “declined to say whether she stood by the abuse allegations,” telling Bice, “I’m not going to respond to that.” During her divorce, Bice writes that she told the court that Mitchell had “undressed her and had sex with her without consent shortly after she took a sleeping pill” in 2007 and also provided documents showing she had informed both her therapist and a police officer about the alleged incident shortly afterwards. The accusations came up when she contacted police about a possible custody dispute involving the couple’s daughter, but she declined to press charges, saying that she “was only concerned with her daughter’s whereabouts.”

Mitchell is one of two liberals seeking a spot on the Supreme Court, along with Judge Janet Protasiewicz. Two conservatives are also running, former Justice Dan Kelly and Judge Jennifer Dorow. All candidates will appear together on an officially nonpartisan primary ballot on Feb. 21, with the top two vote-getters advancing to an April 4 general election. The seat in question is being vacated by conservative Justice Pat Roggensack; should progressives win, they’d take control of the court from the current 4-3 conservative majority.

ALASKA STATE HOUSE. A judge ruled ahead of Christmas that far-right state Rep. David Eastman’s membership in the Oath Keepers does not preclude him from serving in elected office even though the state constitution prevents anyone from holding office who “advocates, or who aids or belongs to any party or association which advocates the overthrow by force or violence of the United States.”

Goriune Dudukgian, the attorney representing an Eastman constituent who sued to block him from holding office, said Tuesday his camp would not appeal. No one has formed a majority coalition in the Alaska State House in the almost two months since the election.