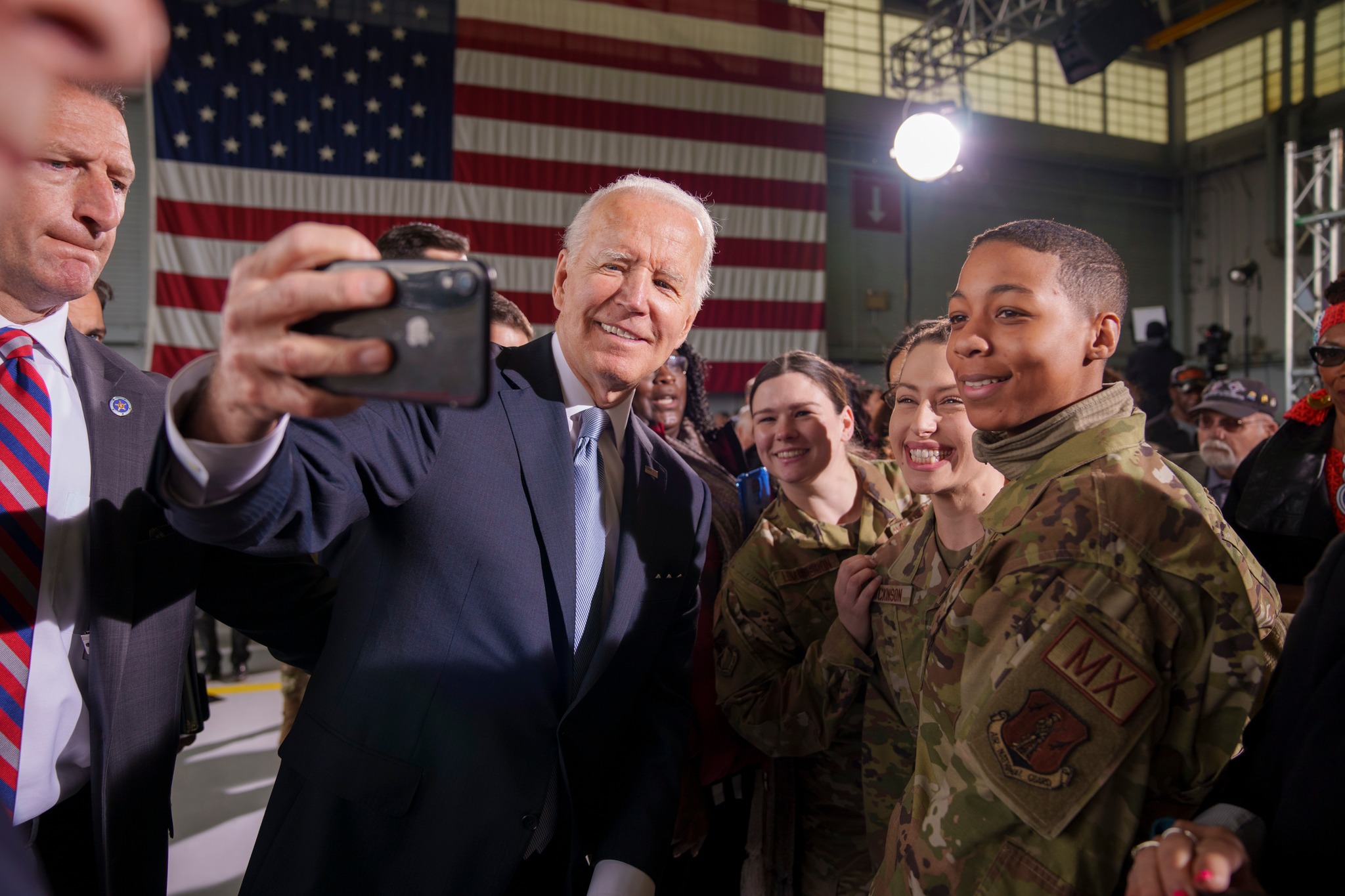 “Donald Trump has floated the idea of running a third-party campaign if increasingly disgruntled Republican leaders don’t get behind his run for the presidency,” the HuffPost reports.

“Trump signaled the possibility by posting an article on Truth Social Wednesday promoting just such an option.”

David Byler at the Washington Post: “Trump’s foes are right to fear a repeat of 2016, but they’re thinking too small. There are so many other ways the primary could turn out badly for them.

Here are four completely speculative doomsday scenarios. None of them are likely. But they illustrate how the GOP’s problems go far beyond the potential for a divided field.

Scenario one: Trump loses, storms off and sabotages the nominee.”

The FT paywall column is here.

It’s not every day that concepts from public health analytics find a use in politics, but if you’re a strategist on the right, then now might be a good time for a primer on untangling age, period and cohort effects. Age effects are changes that happen over someone’s life regardless of when they are born, period effects result from events that affect all ages simultaneously, and cohort effects stem from differences that emerge among people who experience a common event at the same time.This framework is used to understand differences in a population and whether they are likely to be lasting. This makes it perfectly suited to interrogating why support for conservative parties is so low among millennials and whether it will stay there.”

“In my previous 2019, 2020 and 2021 year-end assessments of the 2024 candidates, I did not christen singular winners in each party. But 2022 is different. We have undisputed victors: Joe Biden and Ron DeSantis.”

“The 2024 election will be fought on a very different battlefield than the last one, with old reliably swing states no longer in play — and new ones taking center stage,” Axios reports.

“The new battleground map that will determine who wins in 2024 includes two newcomers — Arizona and Georgia — and two traditional swing states — Pennsylvania and Wisconsin.”

“Wanted – a 51-to-65-year-old governor with business experience and willing to compromise to get things done. Military experience a bonus.”— Pollster David Paleologos, quoted by USA Today, on what Americans tell pollsters would be the ideal presidential biography.

New York Times: “Traditional nonpartisan pollsters, after years of trial and error and tweaking of their methodologies, produced polls that largely reflected reality. But they also conducted fewer polls than in the past.”

“That paucity allowed their accurate findings to be overwhelmed by an onrush of partisan polls in key states that more readily suited the needs of the sprawling and voracious political content machine — one sustained by ratings and clicks, and famished for fresh data and compelling narratives.”

“The skewed red-wave surveys polluted polling averages, which are relied upon by campaigns, donors, voters and the news media. It fed the home-team boosterism of an expanding array of right-wing media outlets — from Steve Bannon’s ‘War Room’ podcast and ‘The Charlie Kirk Show’ to Fox News and its top-rated prime-time lineup. And it spilled over into coverage by mainstream news organizations, including The Times, that amplified the alarms being sounded about potential Democratic doom.”

Politico: “[California Governor Gavin Newsom]— who as San Francisco mayor delighted progressives by authorizing same-sex marriage while alienating them by slashing welfare payments to the homeless — was straddling an ideological line this month in a way that has infuriated critics on the left and right throughout his career. It’s been on full display over the past year as his national profile has risen to such a point that he has emerged as a plausible presidential contender.”

“While often portrayed as a ‘socialist’ on Fox News, the liberal Newsom has long been known for pragmatism on economic matters. He regularly exchanges text messages with corporate executives, is known to tell his staff ‘you can’t be pro-job and anti-business’ and has become a counterbalance to a legislature where Democrats wield wide margins.”

Peter Thiel’s conservatives-only dating app, The Right Stuff, is floundering after its launch three months ago, the Daily Beast reports.

“The app, cofounded by former Trump administration official John McEntee, continues to face an onslaught of negative reviews and criticism from its target demographic: young conservatives. Its intense verification process—intended to foster a sense of exclusivity and weed out potential trolls—has made it inoperable for many users.”

Associated Press: “Even with proponents of Trump’s election lies roundly defeated during this year’s midterms, advocates on both sides of the voting debate are bracing for another round of election-related legislation. Republicans are eager to tighten election rules further while Democrats, who took control of two additional statehouses, will seek to make it easier to cast a ballot.”

Washington Post: “As Hoyer prepares to step down as House majority leader, his colleagues and allies at the local level say he’s leaving a legacy of using that clout to bring greater resources to his district and the state — or to bring major federal buildings, as he continues to aggressively pursue bringing the FBI headquarters to Maryland.”

“And, winning reelection comfortably every year since 1981, he’s remained popular locally, avoiding the fates of others in House leadership.”

“Donald Trump wanted to trademark the phrase ‘Rigged Election!’ days after Election Day in 2020, according to emails provided by Jared Kushner to the House committee investigating the January 6, 2021, insurrection at the US Capitol,” CNN reports.

Stephen Daisley at the UK’s Spectator says the upcoming 2024 British election will be cataclysmic for the Tories.

“So when I read an unnamed Conservative MP in the FT pronouncing the red wall ‘dead’, my reaction wasn’t one of satisfaction but impatience. I don’t care about the red wall tumbling, I want to see the blue wall flattened. I want them run out of Staffordshire, Lincolnshire, Essex. Clacton must fall.

While I don’t expect anything so dramatic come next polling day, I suspect the Tories will have a worse night than even their gloomier MPs are predicting. Setting aside card-carrying members of the party, I know no one under 40 who is planning to vote Tory next time. Not a single one. Not in Scotland, nor London, nor Wales, nor the Midlands, nor the North.

The breadth and depth of the revilement is breath-taking. I know blue-collar small business owners who spend their days inveighing against crime, mass immigration and wokeism but would sooner see a gang of non-binary Albanian drug-dealers move in next door than vote Tory. I know graduate professionals champing at the bit to elect a Labour government that will clobber them with higher taxes. I know people who despise the SNP and yet are determined to withhold their vote from the Tories in blue-yellow marginals. The Conservatives are at the worst point a government can reach: the voters don’t just want to boot them out, they want to hurt them.”

“The Federal Election Commission has levied a $30,000 fine on incoming Kansas Attorney General Kris Kobach (R) and a private border wall organization he was once affiliated with due to campaign finance violations committed during his unsuccessful 2020 Senate bid,” CNN reports.